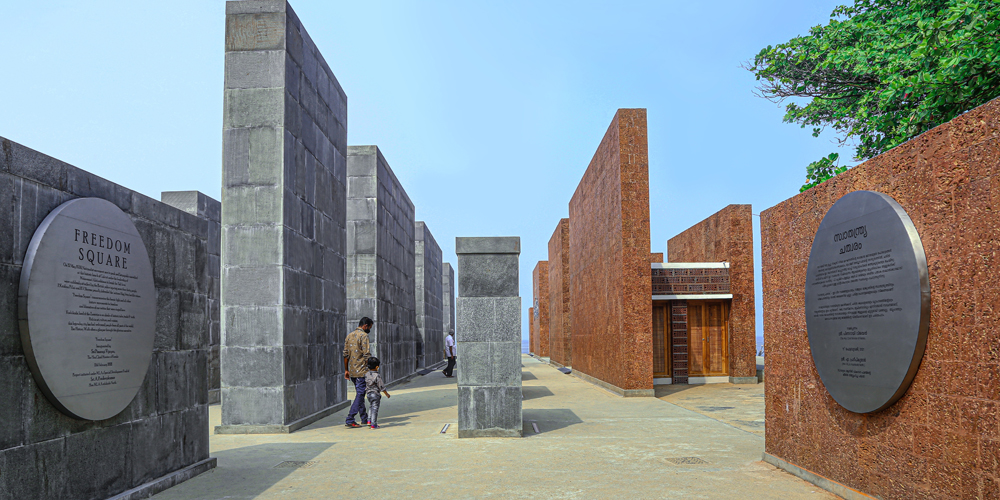 Open to events of political and varied scales, it also acts as a meeting place, a striking photo destination and an urban gym; Photograph by Hamdan Muhammed 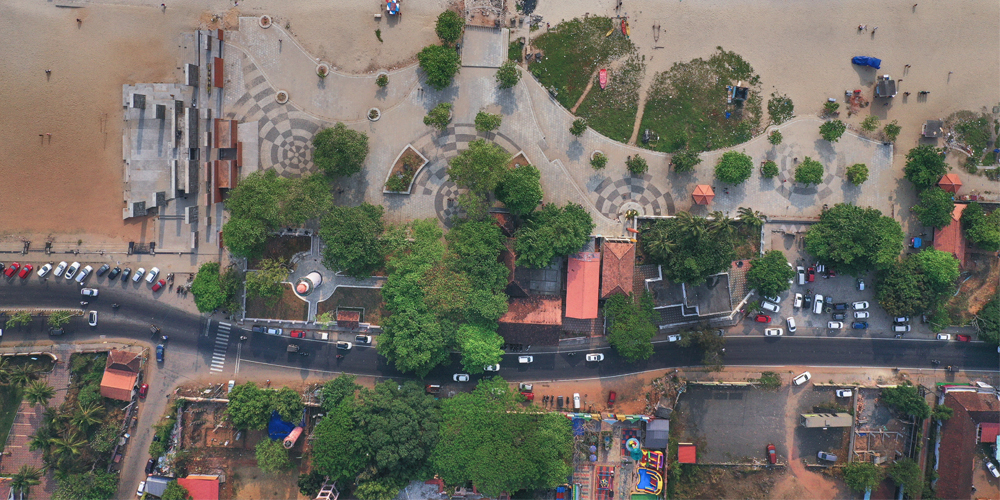 An aerial view of Freedom Square, situated in the art and heritage infused city of Calicut; Photographs by Prashant Mohan 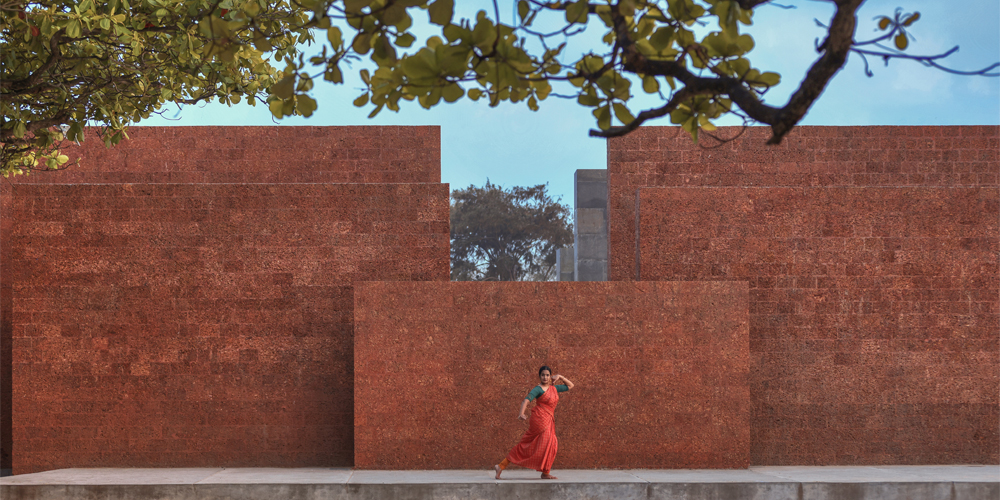 The cultural versatility of Calicut has been thoughtfully incorporated into the design; Photograph by Prashant Mohan 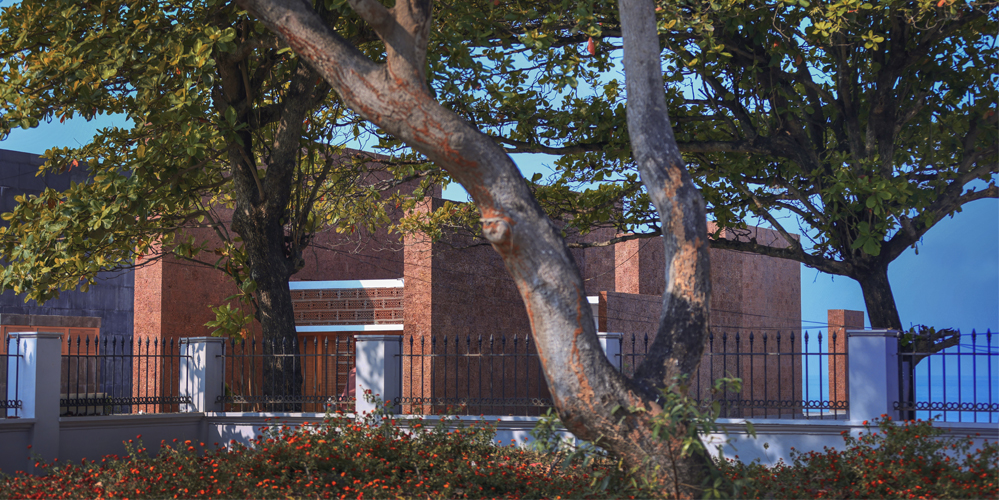 A garden for art, music, literature and culture to thrive, Freedom Square gives bountiful returns to the society; Photographs by Prashant Mohan 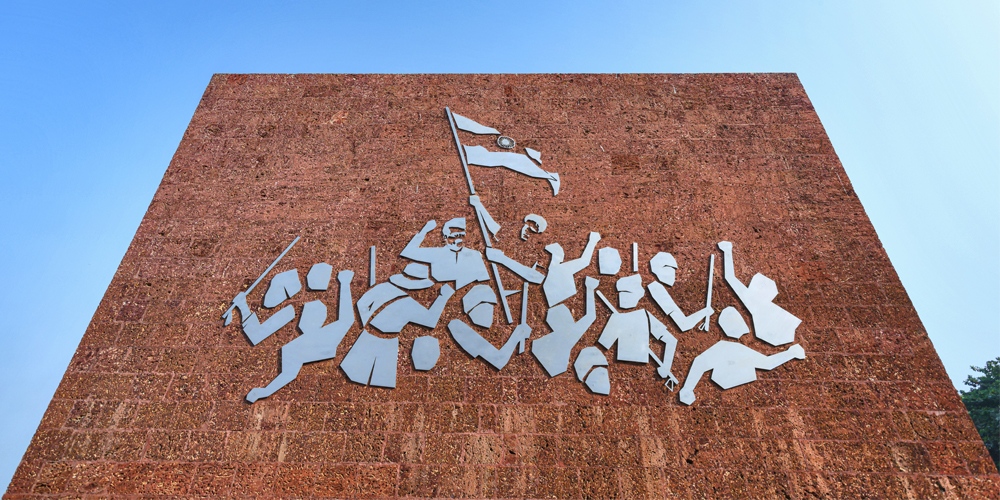 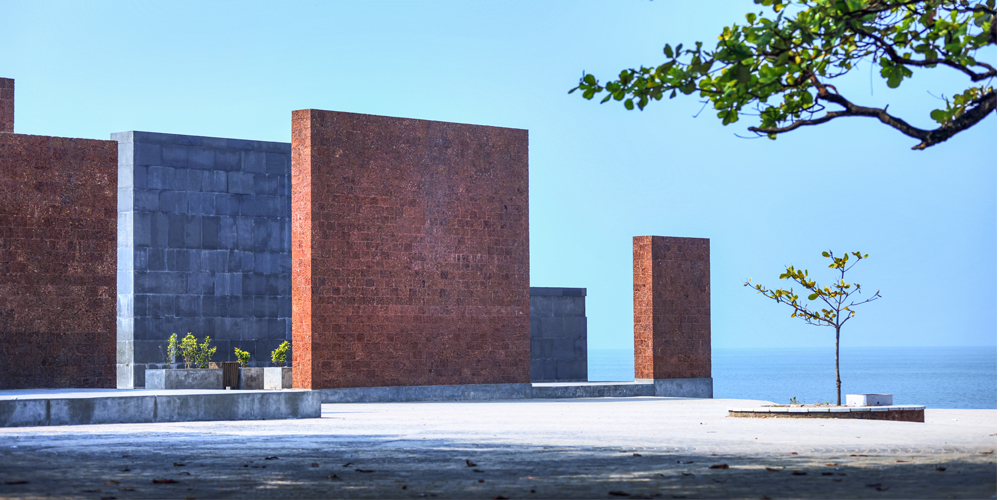 In the gentle morning light, the space opens up inner vistas of freedom, openness and countless possibilities; Photographs by Prashant Mohan

Freedom Square is a state-of-the-art testimony of the city’s bountiful past and aspiring future. The multi-disciplinary firm De Earth was entrusted with the conceptualisation of Freedom Square on behalf of IIA Calicut center. Commemorating the heroic fights and other significant historical movements for India’s freedom struggle, this project was realised with design as an integrated solution.

Spread across 36,237 sq ft, it is a multifunctional space that can revitalise the entire stretch of beach as a nodal point not only from the perspective of public life but also from historical and leisure travellers.

The existing stage is carefully carved to be a versatile space, diverging the performance stages with a symbolic spine into the sea, creating positive spaces. De Earth’s founders, Ar. Vivek PP and Ar. Nishan M along with their design team Ar. Chinnu. Ar. Anamika. Ar. Shahim, Ar. Avani and artist Yadu Pradeep successfully emulated the potential of public spaces and the values embedded in the society. Evoking a sense of Calicut’s multiculturalism and openness to invitation, the structure also features an extensive main stage that is designed for political events and large gatherings.

Abstract wall sculptures depicting the historic Salt Satyagraha arouses forgotten memories and point towards the invisible roots of the city. The place seamlessly creates an identity for the city for ages to come.

Not only do the locally sourced materials add a contextual charm, but they also withstand the harsh sea weather, thus ageing gracefully. Monolith sculptures enhanced by the lighthouse in the backdrop, stand upright as a symbol of Calicut’s historical resistance to domination. The walkway through these monoliths has possibilities of deep inner awakenings as well as the awakening of civic and public identity.

In the gentle morning light, Freedom Square opens up inner vistas of liberty, openness, and possibilities in the minds of people strolling the pathways. The poignant evening light adds a subtle depth to the space. Optimal lighting accentuates the freestanding walls, adding to the aesthetics as well as the functionality of the place.

As one walks, glimpses of the blue-grey horizon emerge, the saltiness of air intensifies, and the gentle music of waves rolling awakens the senses. At such blissful moments, the expanse can even act as a place on this earth offering a tiny glimpse of eternity. Also, the neighbouring project to Freedom Square known as Cultural Beach is seamlessly integrated in the drawings. This project is jointly done by De Earth & Space ART, for the department of tourism.

Freedom Square is a space of togetherness, celebration, reminiscence, and immense pride. A garden for—art, music, literature and culture to thrive—it gives bountiful returns to the society. Simply put, it is a space designed to raise the happiness quotient of the land and to give Calicut, the identity and pride it deserves.