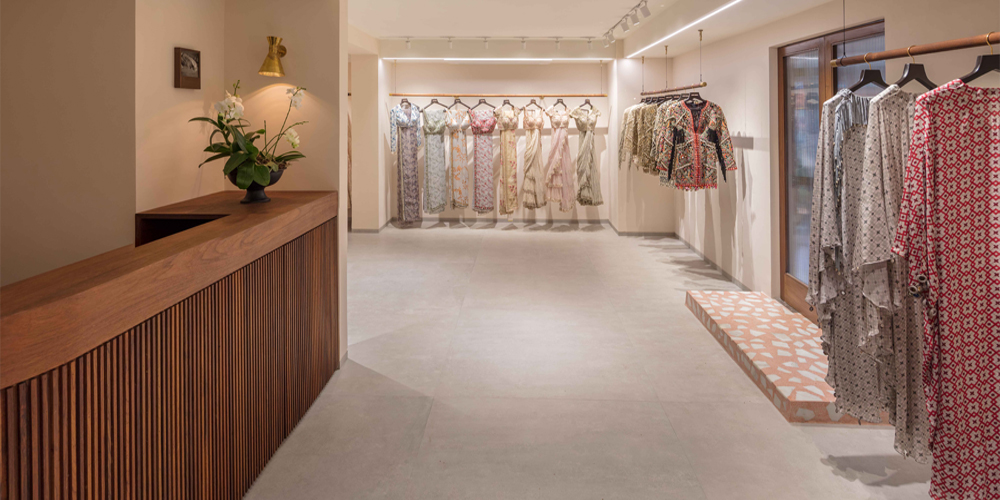 Arpita Mehta's store is minimally designed by Ravi Vazirani to balance the vibrancy of her creations; Photographs by Pankaj Anand 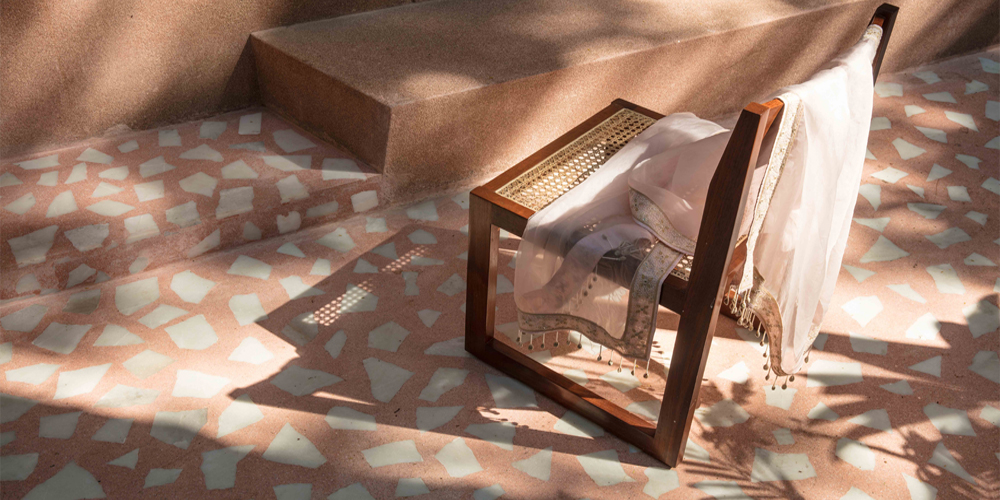 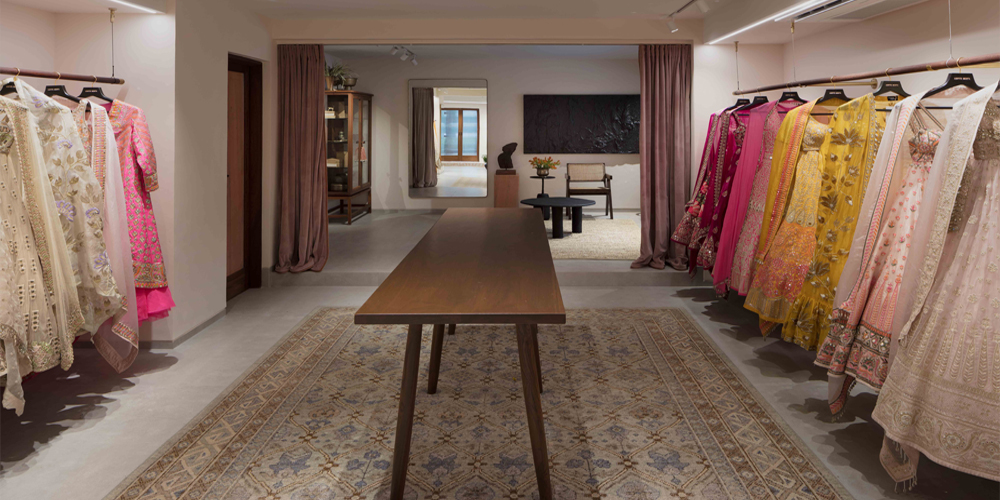 Vazirani blends luxury with minimalism to achieve the spatial design for this fashion boutique; Photographs by Pankaj Anand

Arpita Mehta‘s first flagship boutique in Mumbai embodies the tranquillity of a cottage from a bygone era. Designed by Ravi Vazirani, the space is a series of recollections in pink dust, which utilises personalised, midcentury contemporary decor.

The terrazzo tile flooring is a slice of summer nostalgia from vacations in the Greek island of Mykonos with nani and IPS facade in dust pink.

“I was looking for a space that felt special, something that had a charm to it, and this space is just that! With a massive facade and an entryway lined with trees, this is a slice of calm in the city I love. A stone’s throw from our workshop, the flagship store is a dream come true, and finally, a place to engage with our shoppers every day,” shares Mehta.

However, Vazirani says, “The design intent was to create an experience rather than just a mere retail space…to merge the boundaries between two design disciplines while allowing both brands to retain their identity and originality.”

Subtlety in textures and a calming spatial design allows the focus to be on the colourful and intricately detailed merchandise.

Several pieces from Vazirani’s Qit.a collection also feature here. The minimalist range features versatile handmade objects made of sand cast aluminium and celebrates the juxtaposition of traditional craft techniques and contemporary aesthetics. One of its best features is that the collection also features an artwork titled Flow, which repurposes waste created by Ravi Vazirani Design Studio in its practice.

The easy balance between space and design makes this retail store a serene exploration of luxury.

Vazirani’s effort towards building this equilibrium of minimalism with a sense of luxury is evident from the very first step through the immersive doors of Mehta’s boutique.