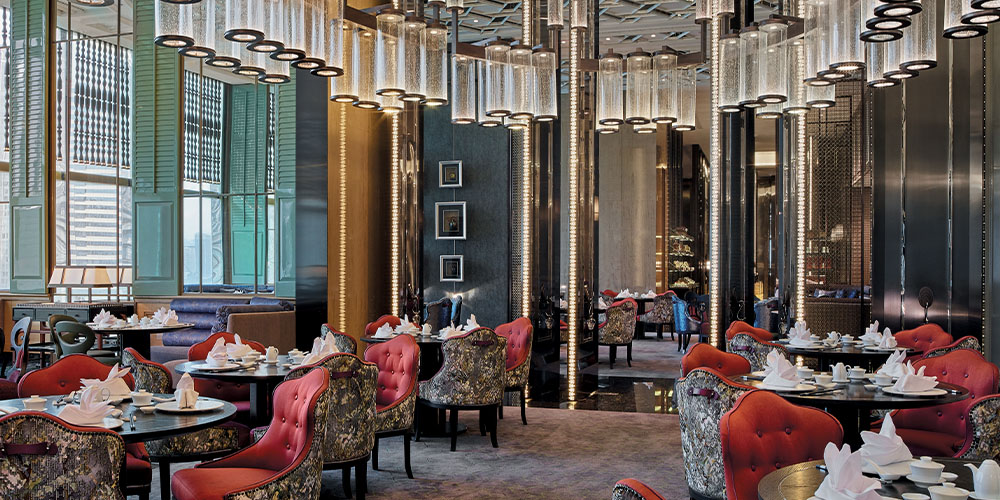 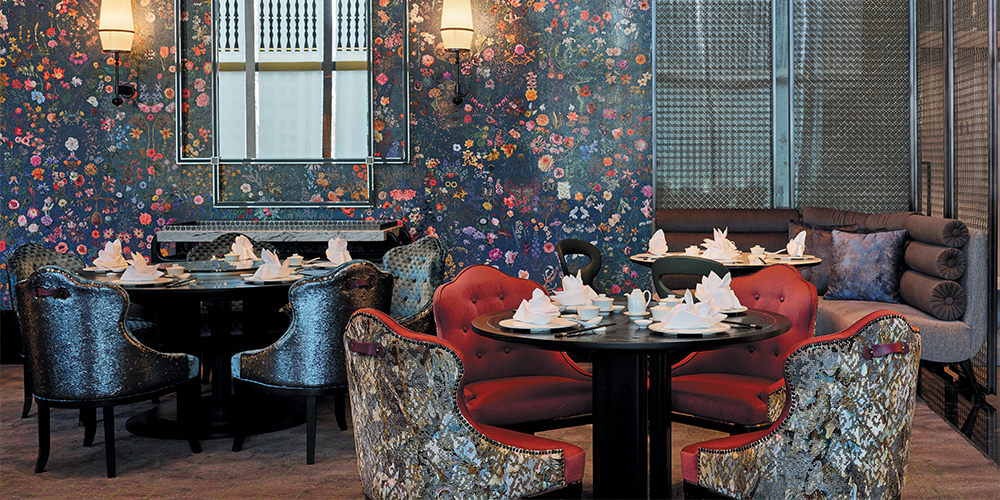 AB Concept designed the furniture while the floral wall covering is by Jakob Schalaepfer; Photographs by Owen Raggett

“We wanted to create an environment that hinted at Malaysia’s history, touching upon different cultural aspects,” shares Ed Ng, Cofounder and Principal at AB Concept about Yun House.

So he, along with architect and cofounder Terence Ngan, wove a tale around a Canton master artist’s son who moved to Malaysia to pursue his ambitions.

Creating Yun House to be indicative of the home the young man lived in, Ng and Ngan designed the space to open with an engraved pewter screen, comprising 152 elements that are borrowed from plum blossoms, orchids, bamboo and chrysanthemums. The panel depicts the four seasons or ‘Four Gentleman’, as they are known in Chinese cultural artistry.

Further inside, the area leads to the dining space—a capacious zone, typical of a courtyard in colonial Malaysian homes, with swooping ceilings and shutters that mimic traditional louvres. It is decked with furniture that uses 30 different fabrics in vibrant hues and patterns.

The restaurant is also popular for its five private dining rooms, which are named after the flora indigenous to the country—bamboo, orchid, peony, lotus and azalea.