; Warning! This Israeli artist's work might give you nightmares

Warning! This Israeli artist’s work might give you nightmares 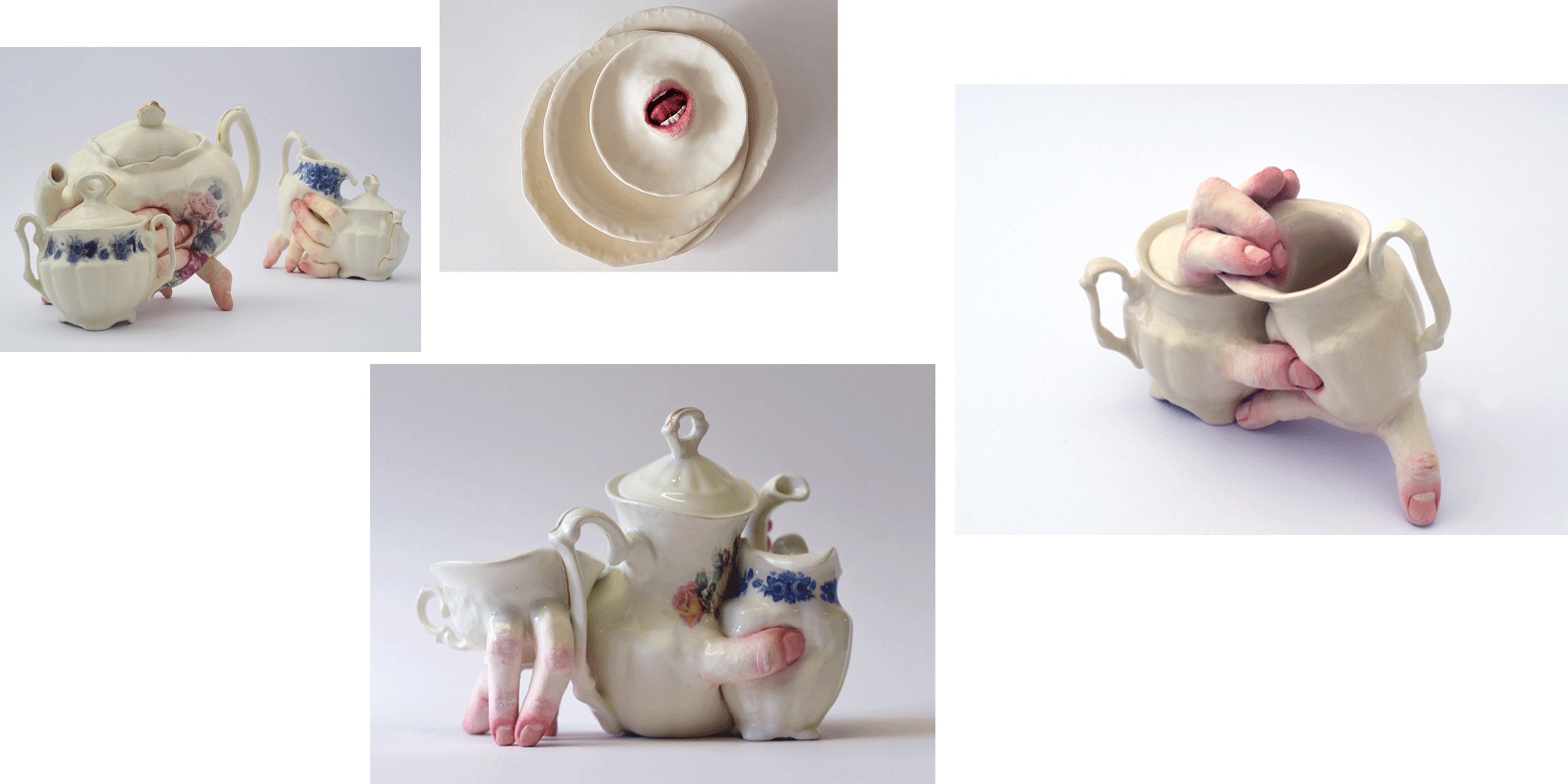 L-R: The collection 'Blurred Borders Between the Living and the Still'
Photographs courtesy Ronit Baranga and Elad Baranga; 'Self Feeding' features plates with open mouths, ready to be "fed"; Human fingers and mouths protrude from sets of ordinary tableware; These would be a perfect fit in The Addams Family.

An innate need to create has bubbled inside Israeli artist Ronit Baranga ever since she can remember. As a young girl, she loved to paint. At art school in her hometown, she was introduced to clay – a substance she could mould into infinite forms with her bare hands. Thus began her journey as a sculptor.

In her latest creation titled “The Blurred Border Between the Living and the Still”, human fingers and mouths protrude from sets of ordinary tableware (we reckon they would be a perfect fit in The Addams Family).
In Ronit’s parallel universe, teapots, cups and plates take charge of their surroundings with body parts otherwise used to control them. From fingernails and teeth to cracks on skin, each detail is painstakingly perfected, making the pieces come alive. A quick look at all the fascinating forms she makes (including tattooed babies and beast-like infants) will immediately set the mood for Halloween. They all share one peculiar quality. “My work instantly makes people feel, Viewers are either enthusiastic or appalled, but never indifferent”, she says.
Website: www.ronitbaranga.com
Also read: 7 Indian structures won big at the UNESCO Asia-Pacific Awards for Cultural Heritage Conservation 2017