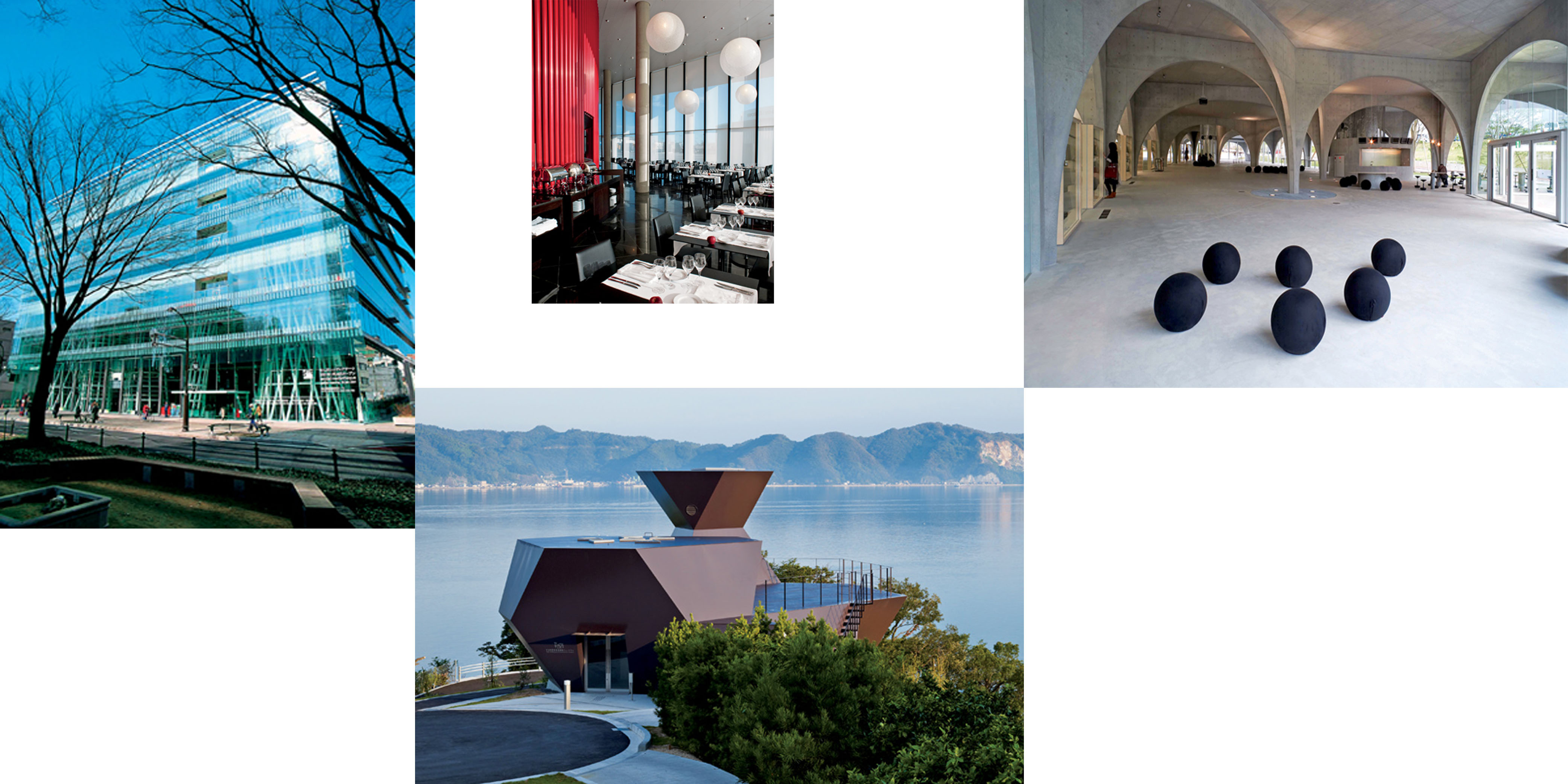 He dreams a futuristic dream…where aluminium ribbons sway magnificently across suites avenue hotel, a la Gaudi in Barcelona; structural tubes help concrete slabs stay afloat lithely (think Sendai Mediatheque), all this enveloped by a solar powered skin, as seen in the world games stadium in Taiwan too.
From creating Tsunami relief structures to modern and cutting edge structures – here are five surprising facts about the starchitect:
1. Becoming an architect by profession wasn’t his first choice. Until the third year in high school, he was extremely passionate about baseball. It was an undergraduate thesis on the reconstruction of Ueno Park that led him to the office of its creator, the legendary Kiyonori Kikutake, which kickstarted Toyo’s illustrious career.
2. The creative, who loves drinking wine and networking – started Urbot (short for urban robot), his studio, in 1971, which is now Toyo Ito & Associates, Architects. One of the first projects was a series of residences, including one for his sister when she lost her husband in 1976.
3. It was the Sendai Mediatheque, established between 1995 and 2000, that put him on the legends’ map. A transparent cultural media centre, it is supported by a unique system that allows complete visibility to the surrounding community.
4. Toyo loves taking long walks with his dog. As part of Architecture for Dogs, a unique project by Kenya Hara the creative brain behind Muji, Toyo Ito imagined a “doghouse for walks” – a walker with a ship shaped wooden basket attached to wheels, adjustable shade and a special cushion to seat a furry four-legged pet
5. Having dedicated over 40 years to creating purposeful buildings, Toyo has received numerous recognitions for his work: Receiving the Royal Institute of British Architecture’s Gold Medal in 2006; being honoured with the Praemium Imperiale by Japan art association in 2010; designing the first prize winning Japanese pavilion at Venice Biennale 2012 and of course, the much coveted Pritzker Architecture Prize in 2013
Website: www.toyo-ito.co.jp
Meet Mario Bellini, presented by Italian Embassy Cultural Centre, at ID Symposium Powered by Roca at India Design ID on February 12 & 13, 2016