While the focus is in manufacturing techniques the inspirations are everywhere, in sculptures, art, architecture, travel and food too

Tom Dixon is self-taught, which is probably why his groundbreaking creations manifest from his own nuanced understanding of a certain style, material or aesthetic. His countless achievements – honoured as an OBE (Officer of the Most Excellent Order of the British Empire); helped rejuvenate Habitat, one of UK’s favourite high street names in furniture and furnishings; created some of the most defining products of European design including the S Chair, to mention a few – makes him even more awe-inspiring.

It’s been 14 years since he decided to start out on his own and evolve into a brand. Today, apart from lighting, furniture and accessories, Tom Dixon the company also dabbles in interiors and architecture (he’s working on his first building now). Even though he oversees a lot of processes, he never loses sight of what matters the most. “I’m engaged in the skills; that’s why I’m here (his manufacturing units are in Rajasthan). From observing how things are made and looking at the methods and materials, an idea often springs to mind.” While the focus is in manufacturing techniques the inspirations are everywhere, in sculptures, art, architecture, travel and food too. “I’m more interested in how objects are validated by someone’s hard-earned money to buy them, than most designers,” he points out, his sharp business sense evident. While in conversation with him, we discovered five interesting facts about the maverick.

1. He’s a funky bass guitarist. The late ’80s song As Time Goes By, with a seriously catchy hook, by a massive eight-member Brit band named Funkapolitan had a gaunt 20-something man wearing cigarette pants and a mint shirt, strumming the bass guitar wrung up almost to his chest. He’s in the background doing his business but one can’t miss that face – Tom Dixon, during his rock star years.

2. An accident changed his life. A mishap mid tour lead to a broken arm, meaning he couldn’t play bass for a long time. So he retreated to his first love, motorbikes…and saw a window. “I thought welding might be a useful skill so that I could look after my own motorcycles. But the moment I grabbed the torch I was hypnotised by the melting of the metal, the speed at which you can make things, the strength of the structures you can build…” Soon, welding torch in hand, he came up with a furniture line made of old kitchen utensils and salvaged metal. 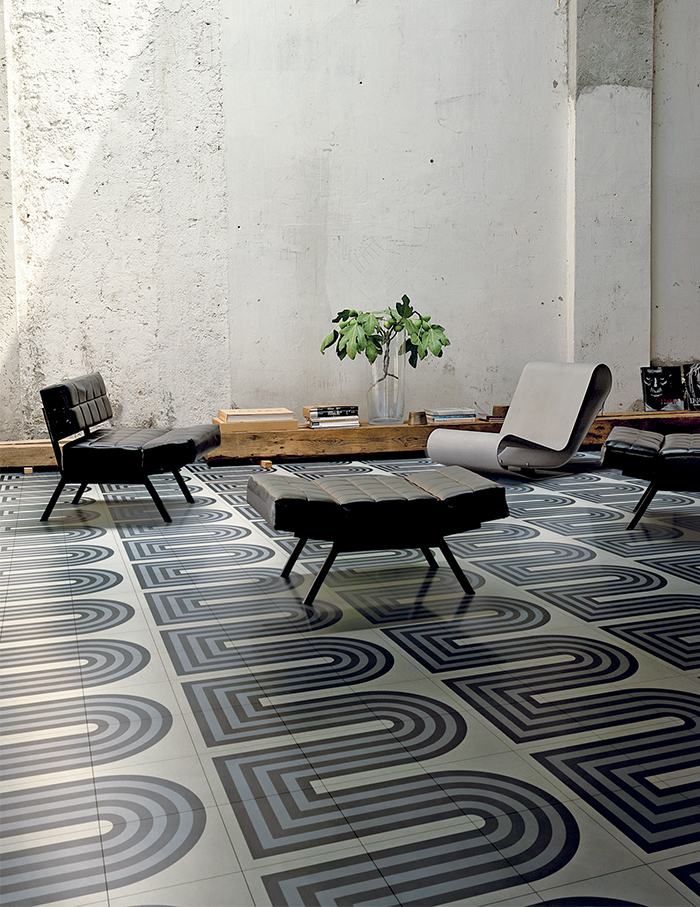 3. His career choices weren’t conscious decisions. “I like surprises and leave myself open to them.” Labels aren’t his priority either. “It’s a shame to limit yourself. From the perspective of how design has created me, it allows me to have a different career almost every day. On some days, I’m more a design engineer or decorative artist…sometimes I’m more a sculptor, or into logistics.”

4. His future project might be in India. He likes the idea of his next venture in the country, but he’s not averse to pushing the envelope. “It would be nice to do architecture,” he adds. “I’ve seen construction in India and some of it is of really poor quality. In the ’60s, many architects mixed Indian with European traditions…which hasn’t been recognised globally. I also want to try partnerships with infrastructure, done in a different way, of course.”

5. He loves to perform impromptu at design events. Whenever Tom is at a design fair in Milan, Paris or London, a musical performance from him is not unusual. “I gather local musicians – friends, designers that play instruments. The band is called Rough, because it can be anything it likes, and doesn’t have to be very polished. Also, Nipa Doshi (Doshi Levien) has been taking (Indian classical) singing and tabla lessons. So we might get together for a session….”