; This hotel in Kanpur comes straight out of a Wes Anderson film 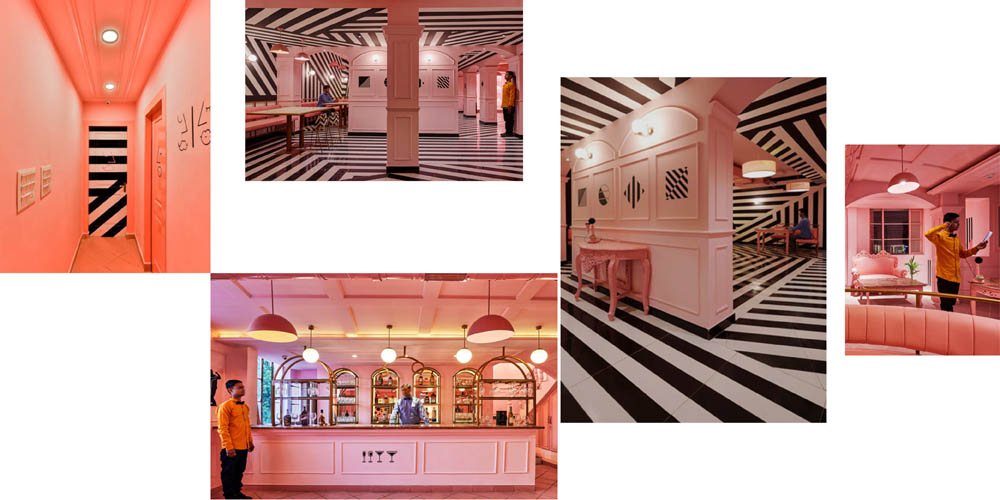 You can now check into director Wes Anderson’s Grand Budapest Hotel – the one in Kanpur. This vivid cocktail of bubblegum pink and Art Nouveau glitz is a three-floored surreal restaurant and bar, channeling the moviemaker’s visual style of restricted colour palettes and love of symmetry.

The Pink Zebra of The Feast India Company opened its funky doors last week, after New Delhi-based Renesa Architects boldly restored one of the oldest buildings in Kanpur. The 4000 sq. ft. flurry of pink is punctuated with black lines, retro vibes, a partially sunlit terrace and stripes for days.

“Our ideating (began with) the clients’ love for American film director Wes Anderson. We borrowed from Wes’s spatial ideology but used certain bizarre elements to break the monotony,” says Sanchit Arora, the head architect, explaining the streaks of black that run across the floors and accessories.

The restaurant also deliberately gives us glimpses of the British Raj ‘Cawnpore’: “The Pink Zebra is inside one of the oldest buildings in Kanpur, (transitioning) from the old to the new,” he says. “It was a fascinating experience to cultivate the idea of Renaissance within old structures from the British Raj Era through this very bold and fierce narrative.” The Pink Zebra may not have been #AccidentallyWesAnderson, but it’s magic realism in every way.