; Castles in the air, by Edoardo Tresoldi

This designer creates castles in the air 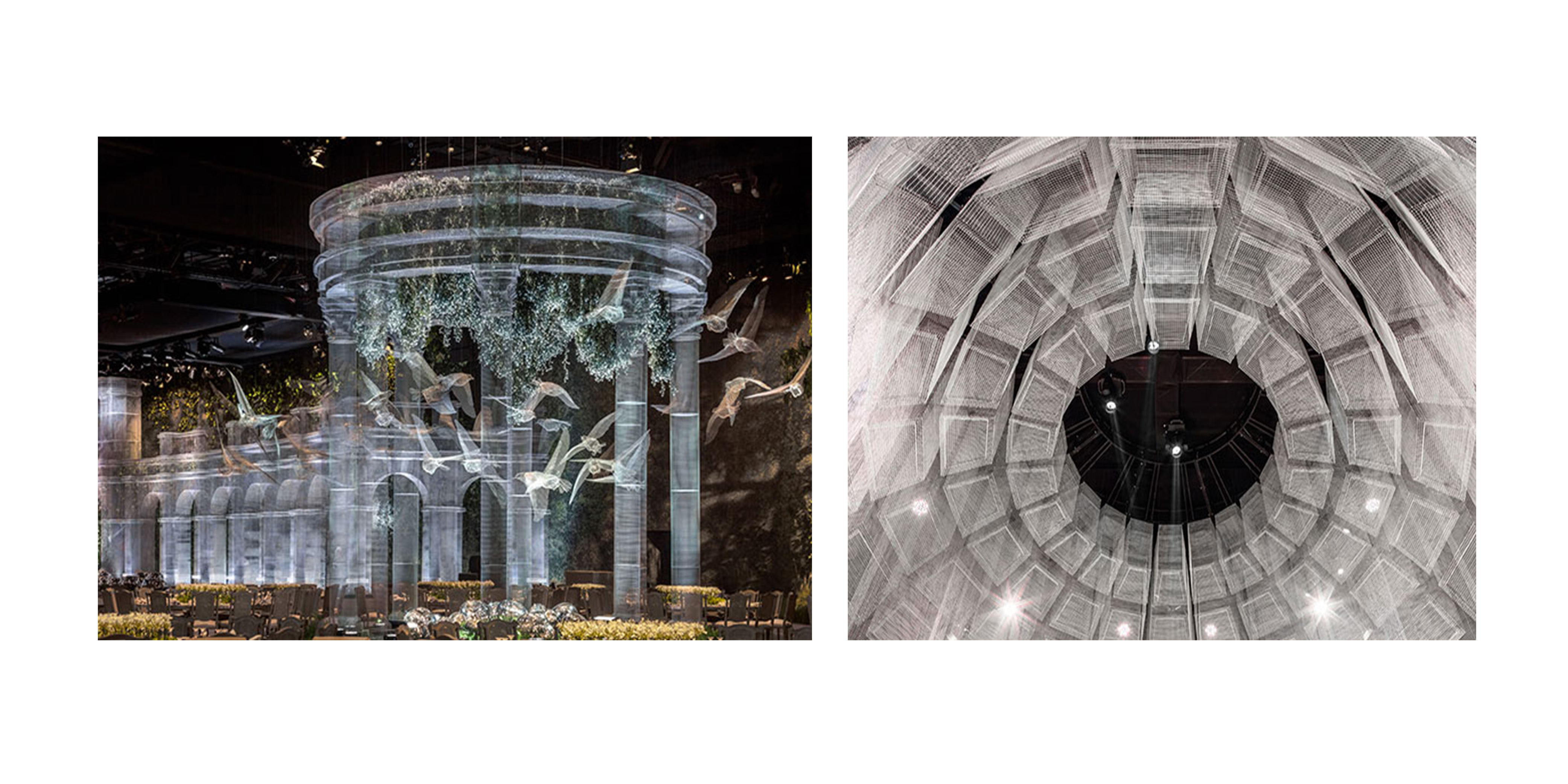 L-R: Titled 'Archetype', the tableau was imagined in collaboration with Mootassem El Baba;It was constructed along the lines of a classical building with towering columns, arches and dome.

We wouldn’t fault you for looking twice to actually believe what you are seeing. Italian designer Edoardo Tresoldi’s steel cord edifices seem like an illusion – whether indoors or outdoors. His works embody the credo “larger than life”, as they are not just scale models or mere mock installations of buildings, but monument-worthy in their own right.While most of his creations, like Baroque, US and Basilica of Siponto in Italy, have been in the open, Edoardo experimented in an enclosed setup for the first time in Abu Dhabi, for a royal event. Titled “Archetype”, the tableau was imagined in collaboration with Mootassem El Baba and Marwan Maalouf of Dubai-based studio Design Lab Experience.

Built in the 75,000 sq ft Abu Dhabi National Exhibition Centre, the plaza-like structure was constructed along the lines of a classical building with towering columns, arches and domes. The design language took into account the existing greenery in the space, and so birds in various stages of flight were also incorporated. What’s more, the setting will also travel to various parts of the city and be installed in different locations. Website: www.edoardotresoldi.com

Also read: These jellyfish tables are made of crystal and glass