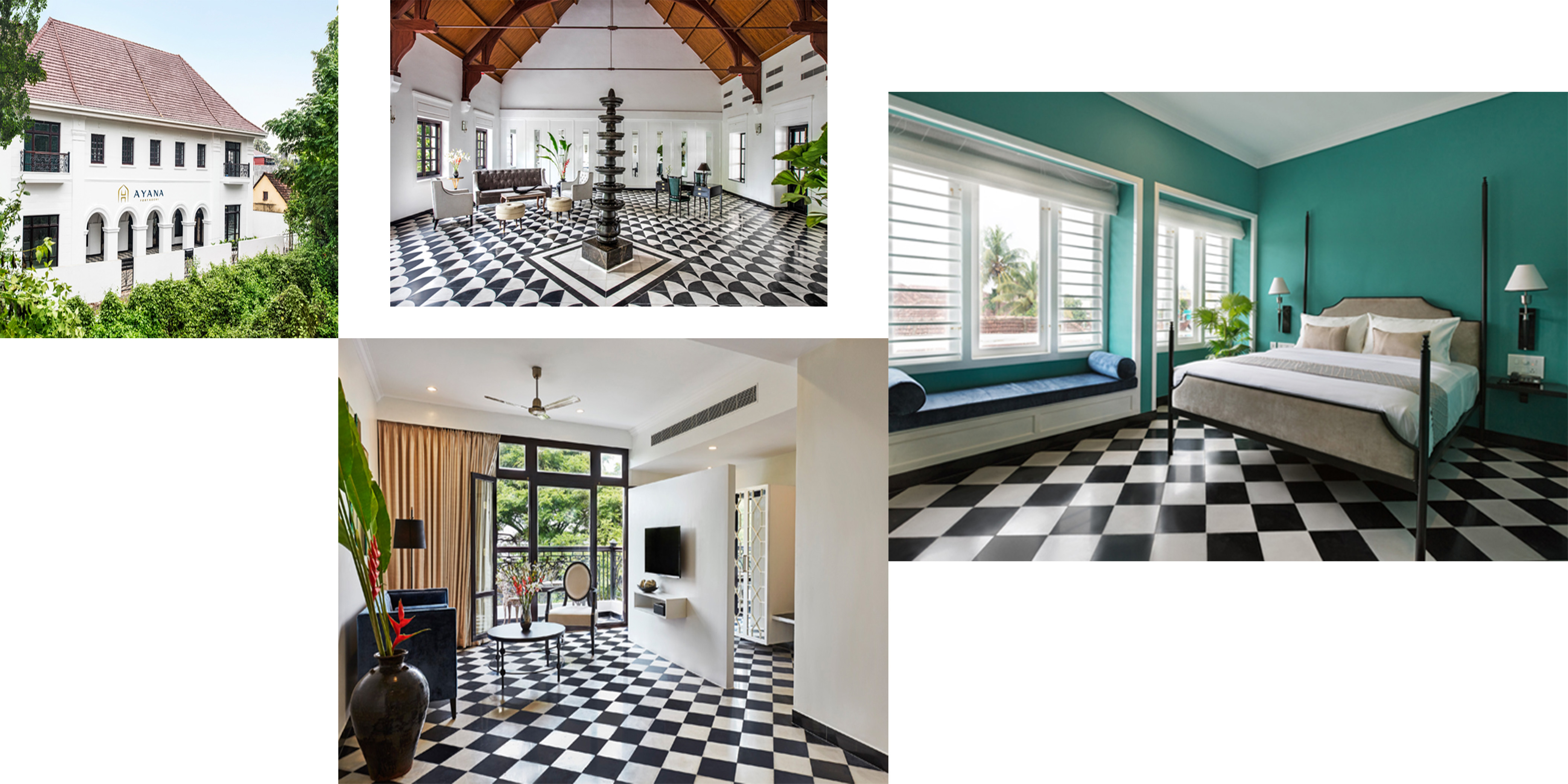 L-R: The exteriors of the structure were restored by Bengaluru based architect Amitha Madan;In the lobby: The uniformly black and white floor was created using traditional Indian cement tiles. While the lamp is from a 150 year old Trichur temple, purchased from Indian Heritage Arts, all furniture was custom made in Bengaluru;The furniture in the lounge area of the same room hearkens back to a bygone era;The Deluxe room features a bespoke king-sized four poster bed while the soothing green hue matches the calm, verdant exteriors.

Imagine stepping into a hotel with a history that spans over two centuries. Initially built as a courthouse, it was then converted into bank and later a souk for tea and spices. This is what it feels like at Ayana Fort Kochi, a 16-room boutique getaway centrally located in Fort Kochi. In its new avatar as a retreat, the edifice provides shelter to weary travellers post their excursions to nearby areas. The interiors were given a new lease of life under the supervision of Kavita Premnarayan, Design Director of Ayana Hospitality and the exterior face-lift was the labour of Bengaluru based architect Amitha Madan of Infinity Design Corp.While the space might be heavily influenced by the art deco style, it also reflects a heady mix of “old Indian” sensibilities. “I wanted this project to stand out in terms of design and to feel a little more luxurious while retaining its “Indianness”,” explains Kavita. Most of the furniture and artworks were sourced from local antique shops, including the 7 ft tall stacked diya in the lobby. A black and white chequered floor follows you throughout – right from the reception all the way to the rooms. Artworks by renowned and upcoming creatives such as T Vaikuntam and Sakti Burman adorn the walls at Ayana Fort Kochi, an extension of the philosophy it embodies, of encouraging native talent. Website: www.ayanahospitality.com