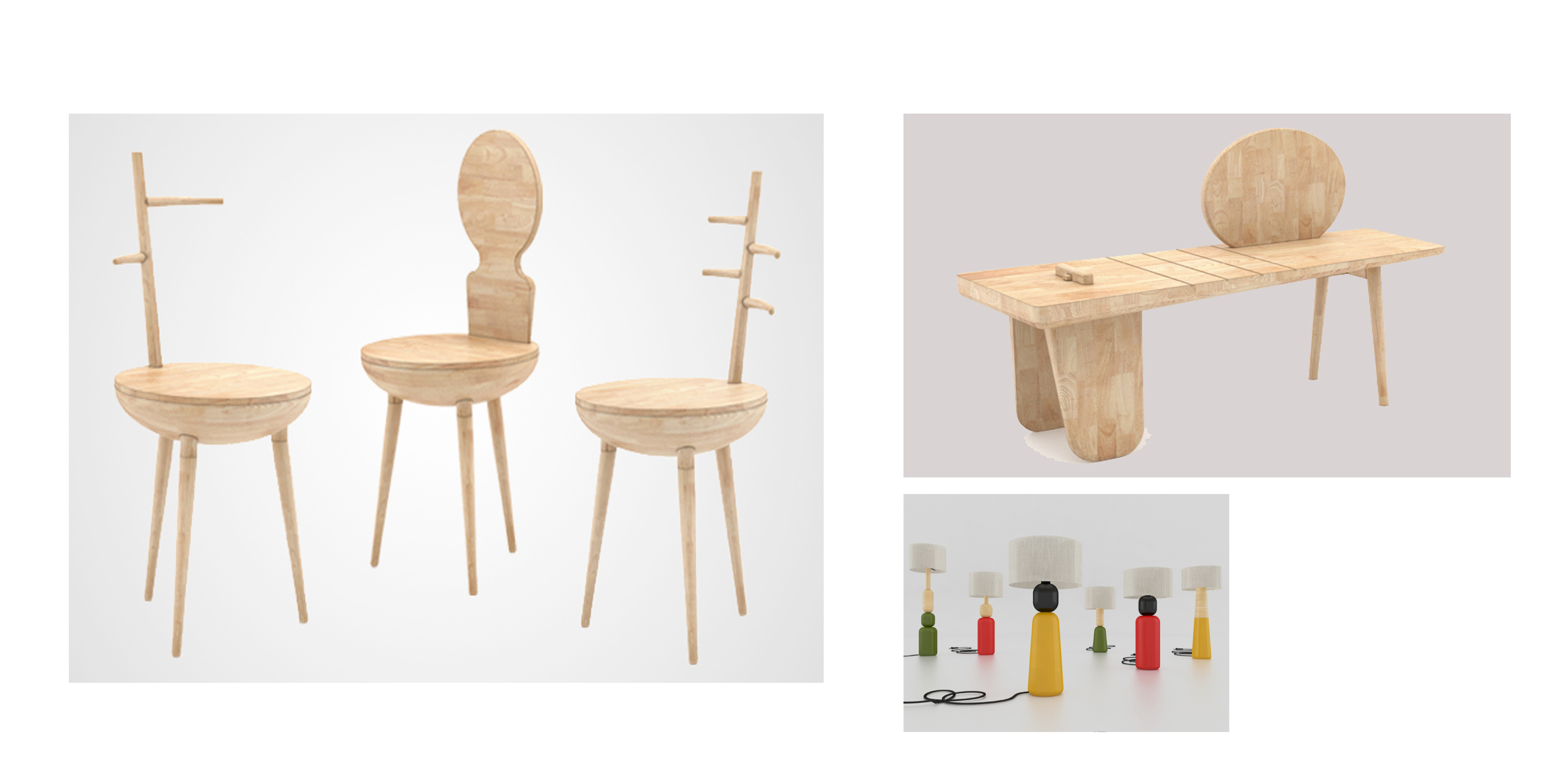 The NID Ahmedabad alumnus and one of the eight winners of the Godrej Design Lab 2015 in association with ELLE DECOR India, believes in redefining India through design. He was also awarded an exclusive opportunity to showcase his selected product at India Design ID 2015 in New Delhi.
His fascination for India’s rich heritage combined with his personal love for music resulted in the creation of his winning product Iktar, an accent stool. “Iktar is inspired from a Bengali traditional folk music instrument called Ektara,” he explains. Built using rubber and oak, this stool echoes Sujay’s design philosophy of harnessing traditional Indian art in innovative forms.
For the young and keen creative every project is a dream project, while Benhamin Huber’s work stands as his perennial source of inspiration. “But my biggest dream is involving myself in redefining design through Indian crafts and material exploration.” The success of his Iktar accent stool propelled his curiosity further. He went on to create Dhunn, a collection of furniture inspired from Indian musical instruments. Here a string instrument called Esraj or Dilruba is inspired by the Ruby chair, while the Sitaara bench takes visual cues from the classical Sitar.
He has also envisioned a line of nine impressive lamps. Borrowing from the form of mushrooms, the designer built Seta table lamps using the centuries old Channapatna wooden toy making technique. “The basic idea behind the Seta is to redefine a 200 years old craft.”

The designer is now busy working on a new furniture range for a Bengaluru based start-up and we’re eager to see what he imagines this time.
Website: www.dezineandwit.comFor more details about Godrej Design Lab, visit www.godrejdesignlab.com