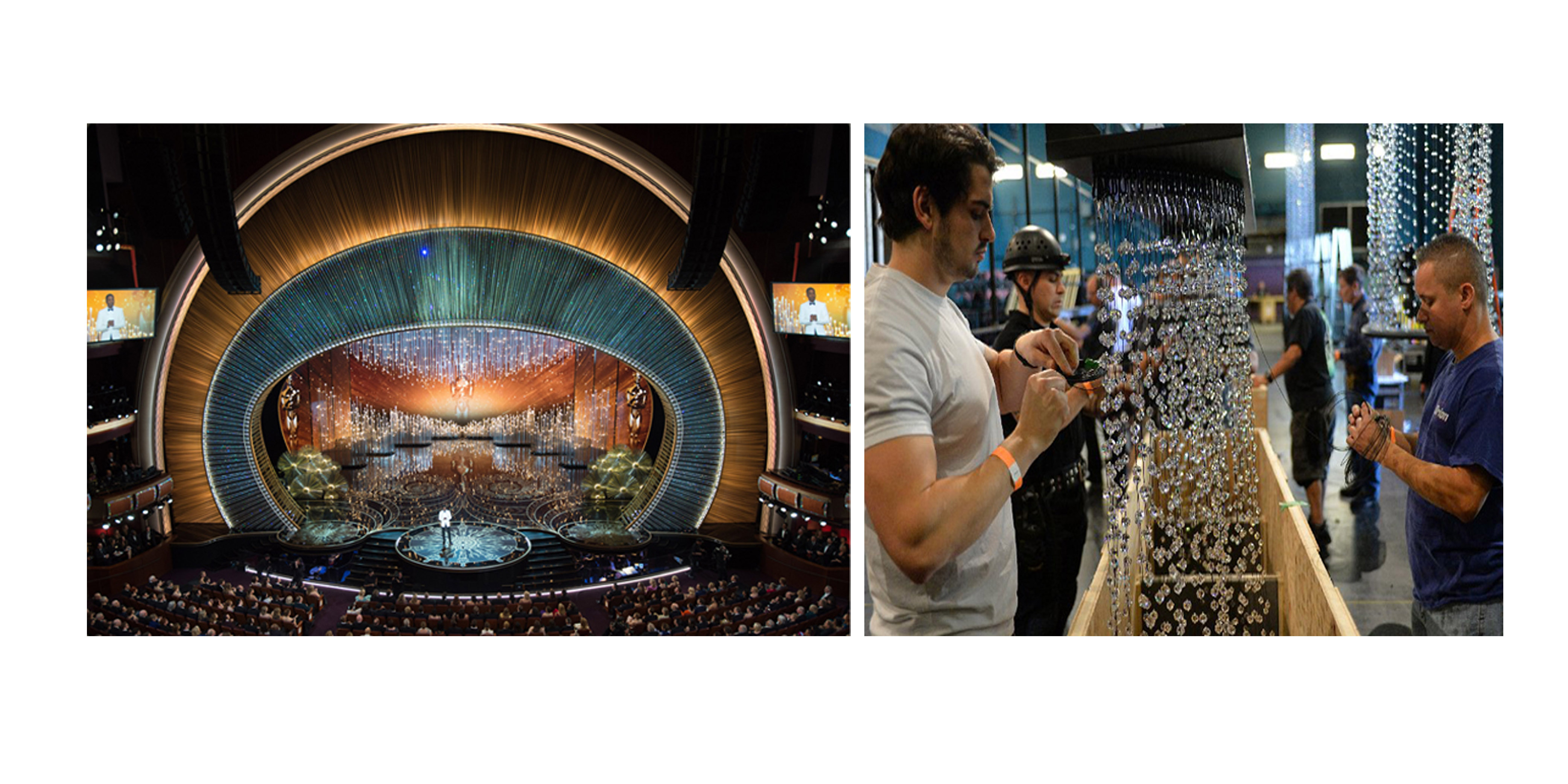 Dazzling the stage of the star studded Academy awards at the Dolby Theatre in Los Angeles for the ninth year in the row was a total of more than 2,03,000 Swarovski crystals that took over 1,600 hours of fabrication and weighed around 12,700 kgs.
The grand stage envisioned by Derek McLane, who has been designing the Oscars’ sets for the last four years, was entirely inspired by “old school, ‘70s Hollywood glamour”. The set featured a massive proscenium arch with 18 separate panels holding more than 37,000 crystals, all layered atop a shimmering gold backdrop. The arch weighed 9,071 kgs and took over 650 hours to fabricate before installation. Also included in design were seven wave towers with 1,10,000 Swarovski crystals.
Making an appearance for the second year was a gigantic (80×40 ft) crystal closedown wall created by nine artisans for 880 hours and featured 22,200 Swarovski crystals. What a glittery affair….  Website: www.swarovski.comAlso read: Ganjam launches a new jewellery store in Bengaluru