; Ronan and Erwan Bouroullec’s design for the Samsung Serif TV transforms the everyday object into a framed work of art - ELLE DECOR 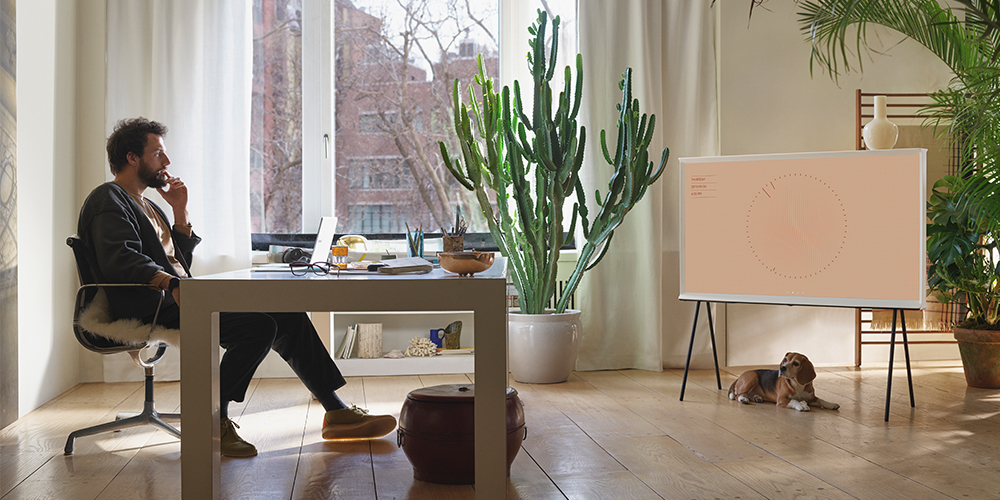 This minimally designed set is available in three sizes. It can be set on a credenza or even stand on detachable legs 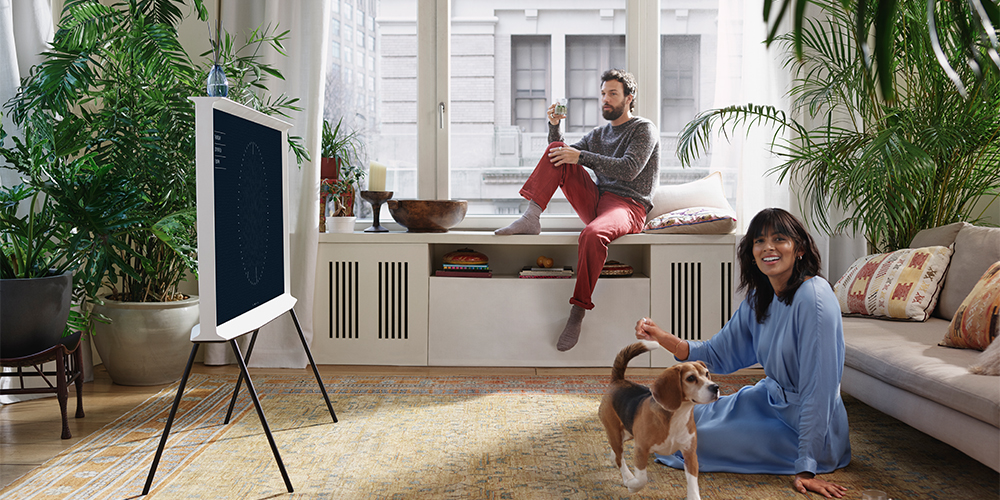 Samsung’s newest release, the Serif TV is designed by Ronan and Erwan Bouroullec such that it resembles the capital I in serif font 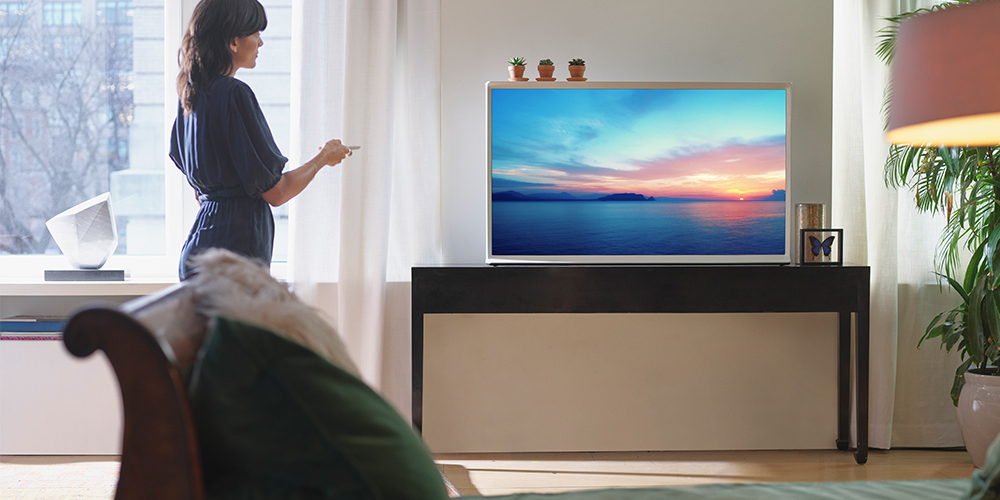 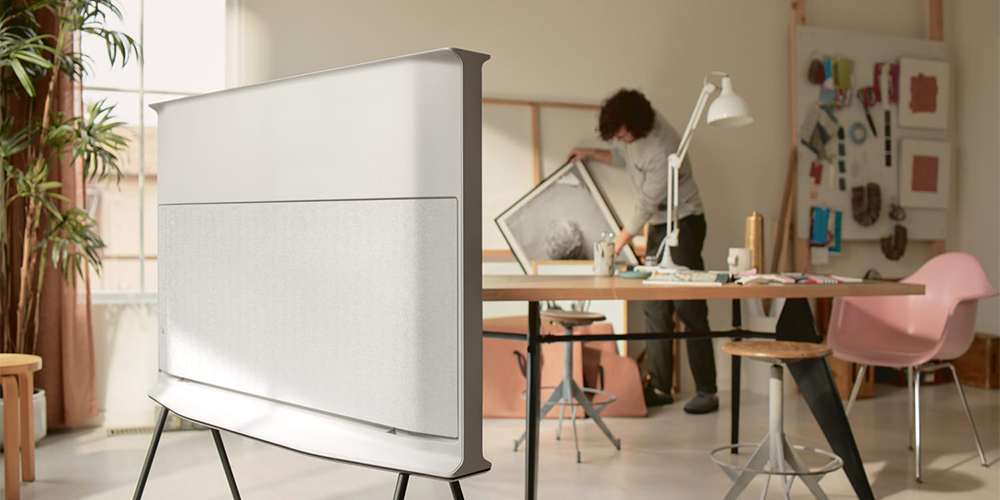 A woven fabric panel at the back conceals wiring and connectors, ensuring a decluttered system 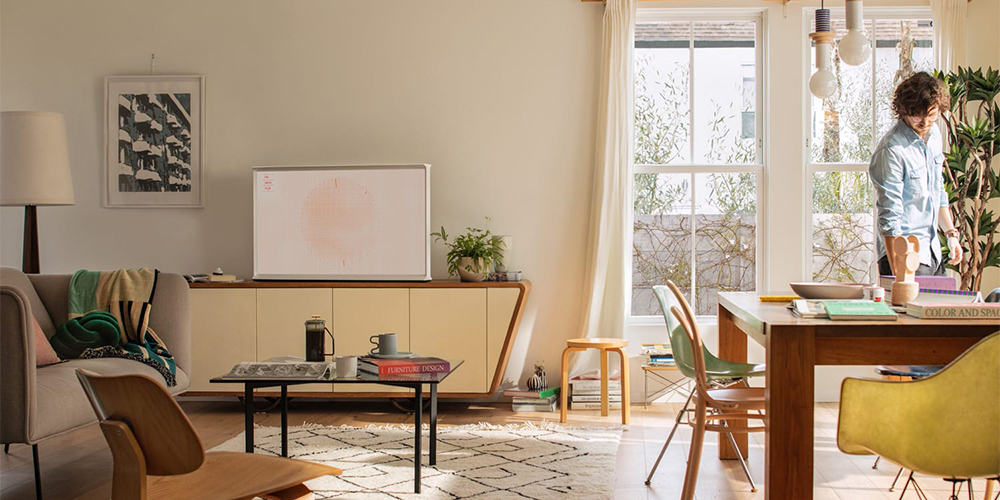 Serif blends into any decor environment like an interior object, say the Bouroullec brothers 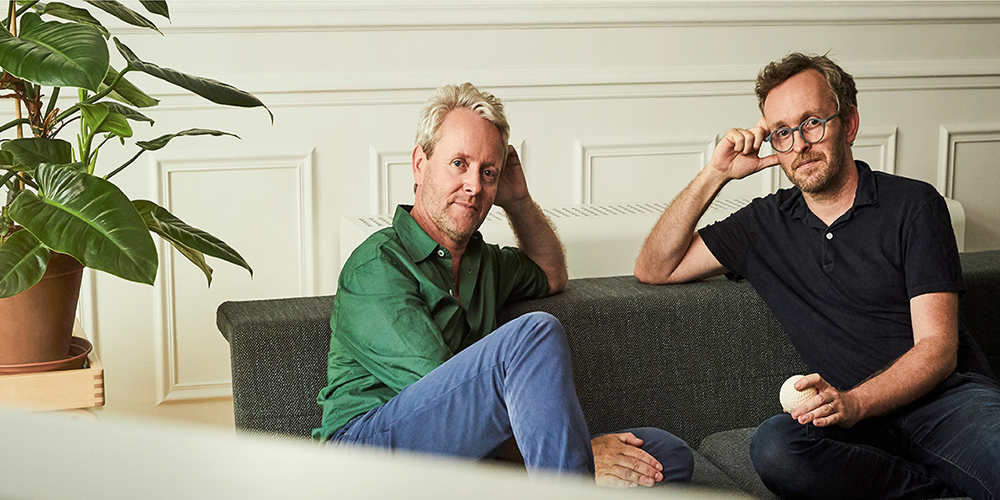 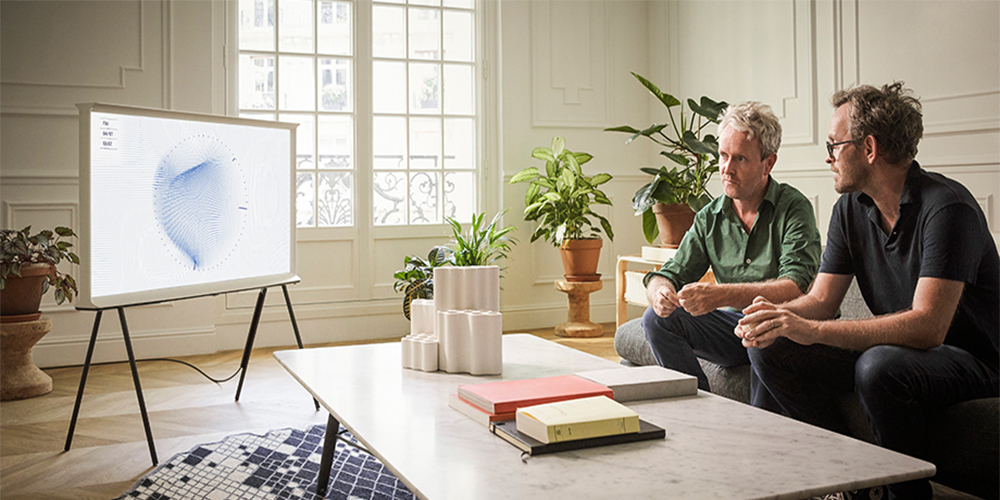 For someone in the world of publishing or graphic design, the term ‘serif’ points to a font. It’s the slight projections at the edge of letters in certain typefaces. Most intriguing is how this tiny protrusion has led to not just the inspiration but also the moniker for Samsung’s newest product—the Serif TV—whose silhouette resembles the capital I in serif font.

Despite its typical technology meets design narrative, this television set is anything but. It introduces a number of advanced features to up the at-home entertainment quotient. We’re most excited by the results of this collaboration of the South Korean brand with designer duo Ronan and Erwan Bouroullec.

The Bouroullec brothers—perhaps the world’s most renowned industrial designers—have been instrumental in creating the Serif’s minimal yet solid body. They’ve given the set a large, bold framework around the flat screen, and a woven fabric panel at the back to conceal wiring and connectors and ensure a decluttered system. The set can rest atop a credenza or even stand on detachable legs.

As designers, the Frenchmen say, the most vital criterion in their work is that the creation withstand the test of time and stay relevant for years to come. They add, “For the Serif, the letter “I” of the serif font inspired a piece of contemporary technology adorning your home. The set has a natural language; it blends beautifully into any decor environment like an interior object, rather than being hung unnoticeably on a distant wall.”

To create what’s promising to be remembered as an iconic design, the brothers opted for materials that most inspired the development of this design. “Metal, wood and stone contribute to the Serif, forming an organic relationship with surroundings,” the Bouroullecs say.

The Serif’s sleek finish ensures that it is as much deserving of its name as it challenges art and design norms. Raju Pullan, Senior VP, Consumer Electronics Business at Samsung India, says, “While designing spaces to live in, users always look for distinctive, unique, and personalised elements. This also includes technology. Our collaboration with the acclaimed Parisian design duo has resulted in a masterpiece that’s crafted to be a connoisseur’s delight.”

Aside from the usual that we’ve come to expect from cutting edge televisions, some of the Serif’s best features include its 4K resolution as well as its compatibility with all OTT media platforms including Netflix, Amazon’s Prime Video, Hotstar, Voot, Zee5, SonyLiv, etc. Viewing experiences are further enhanced thanks to the Ambient mode, which helps you stay updated with what’s news from around the world even as you binge-watch your favourite movies and series.

The Serif is also equipped with multiple voice assistants including Alexa and Bixby. An underrated but excessively useful aspect is the phone-to-television mirroring and vice versa. With top-of-the-line picture and sound quality, this additional technology even makes viewing (from videos to documents) easy on the eyes.

Indeed, the Serif is the only television currently available that comes inbuilt with the contactless Near Field Communication or NFC technology. Which means that with just a tap of your phone on an indicative strip on the TV can sync both devices, which allows you to stream music (and more) from one to the other. It’s only a matter of time then that the idiot box may never be called so.

Considering the number of features this designer set offers, the only choices one might struggle with are whether to have an ivory white, dark blue or red framework, and whether to choose the 43, 49 or 55-inch size option. There’s no better way to tide through the lockdown now… Happy binge-watching!