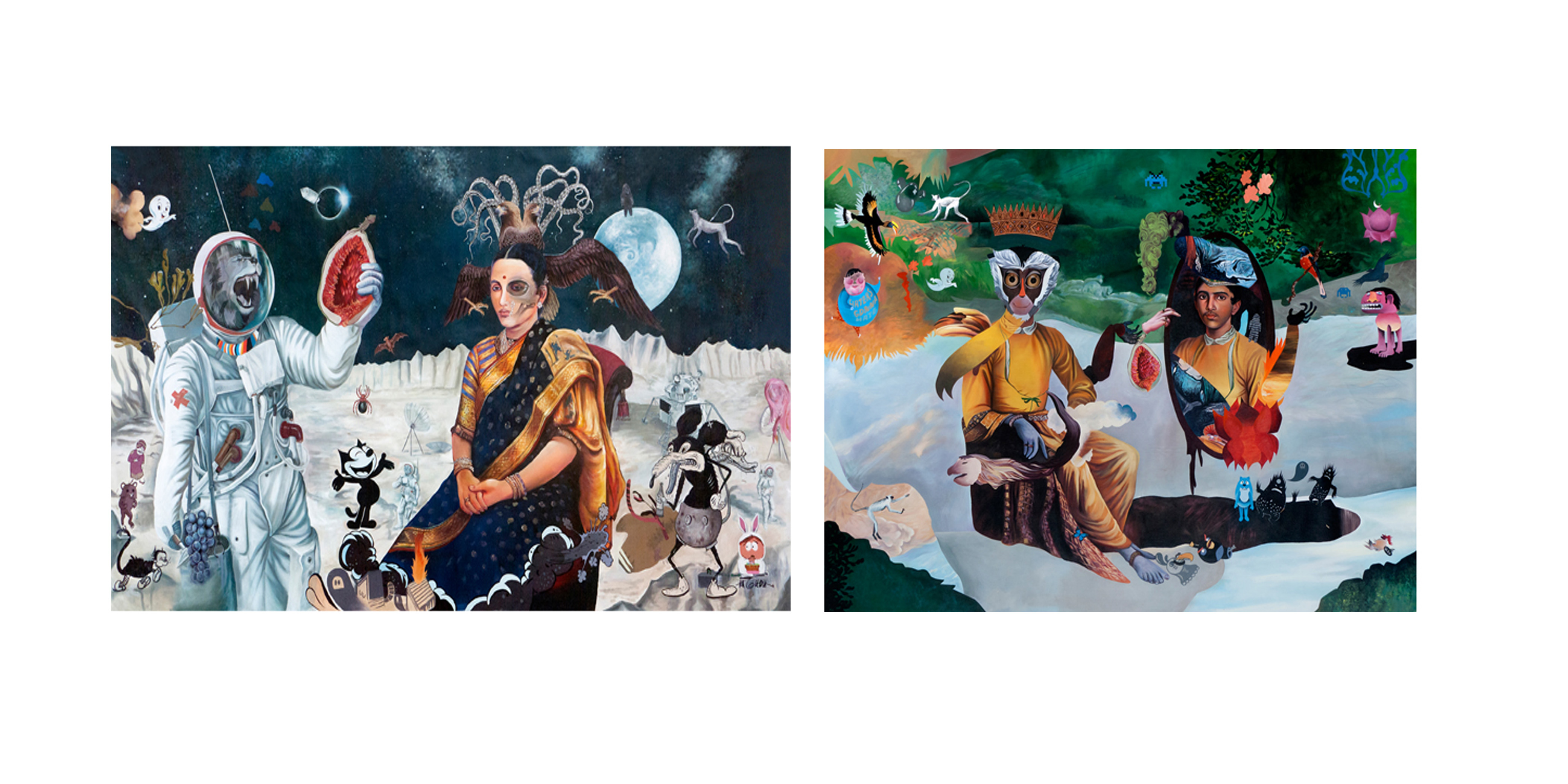 Curiosity being his biggest influence, this New York based multi-disciplinary artist and techie tells sagas of shifting meanings and identities.
At Raghava’s solo exhibition in Mumbai at Art Musings earlier this year, we witnessed the multiplicity of Ridiculous Copycats, Raghava’s most recent work. The elaborate series forms a narrative much like a graphic novel storyline about the birth and growth of a species.
He admits that each piece starts rather simply and eventually grows more complex. They explore evolution, not only of a breed, but also of ideologies and knowledge systems, all arising from an error in code – genetic, industrial and digital.
Raghava explains that his painting “As Sure as the Prehistoric Fish Grew Legs” takes imagery from historical artwork, cartoons and memes and re-purposes them to tell a new story. “It explores the way in which traditional roles have been shaken up in today’s world.” The lion, the king of the jungle or the leader of society, is depicted as an explorer seeking new frontiers. “Waiting for a Tailor to Fit You with a Straight Jacket” represents the way roles are often swapped. “We swing between dominance by the individual and that by the masses. Here I’ve shown the more humorous, mischievous monkey as a monarch.”
Interestingly, apart from being a renowned self-taught creative, the four time TED speaker is also a tech entrepreneur – he co-founded Flipsicle, a social photo application, that allows users to ask questions in words and receive answers via pictures.
Website: www.raghavakk.com