; Quiet Luxury: Madri Haveli in Udaipur is a restored fort to reckon with - ELLE DECOR

Quiet Luxury: Madri Haveli in Udaipur is a restored fort to reckon with 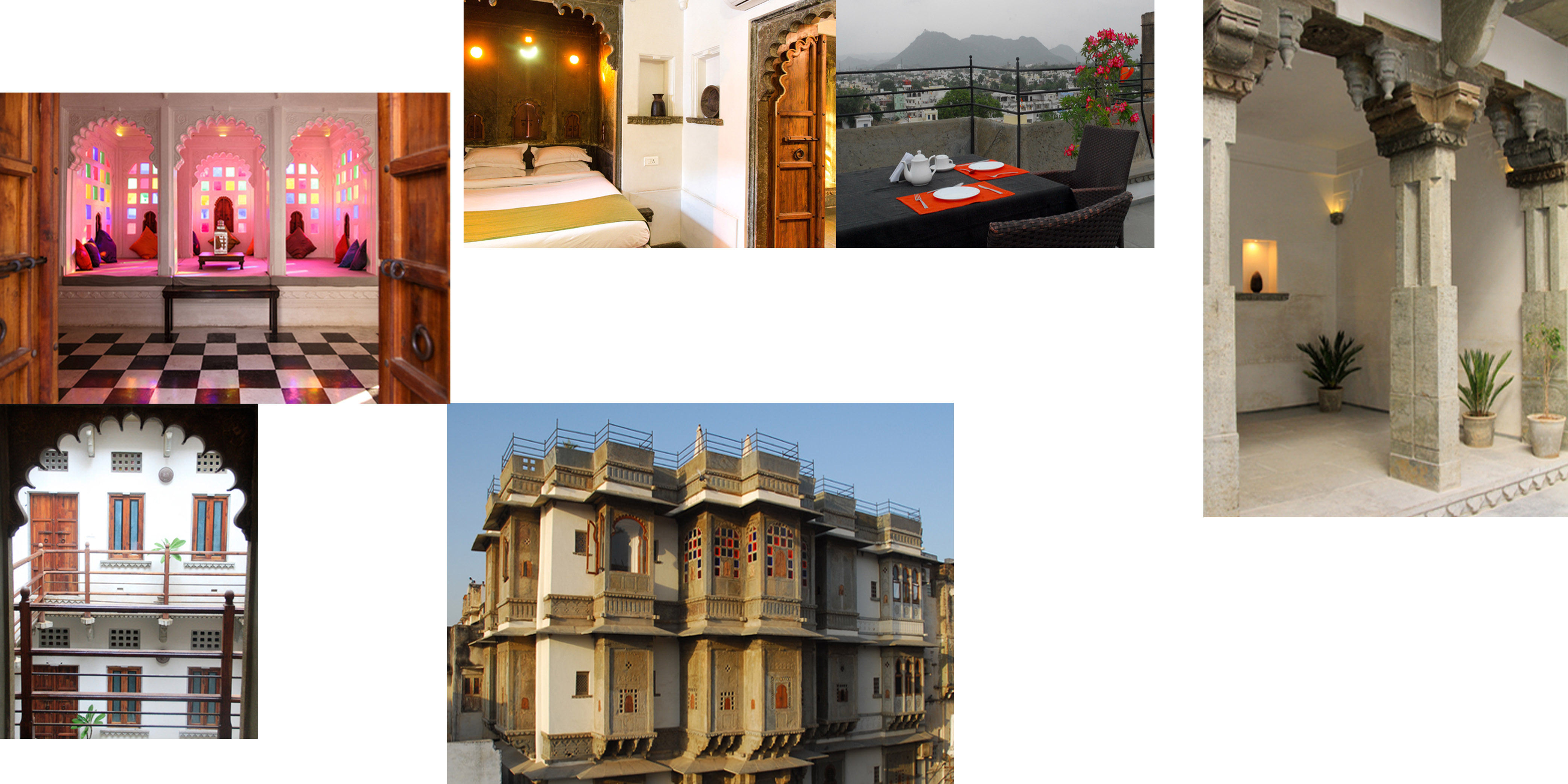 By the slim, snaking roads of Chandpole, Udaipur, tiny palaces as old as 500 years or more are a common sight. Most of these architectural wonders were previously owned by tiers of Rajput royalty, but now these are either home to permanent residents or left unfortunately abandoned. A decade ago, a French investor Cesar Chuffart was strolling about Chandpole, when he saw a similar chateau on a hill alongside a row of old houses. It was in “beautiful ruin”, but full of potential for a boutique stay – a quaint historical place that could cater to European tourists as well as Indians who don’t mind a subdued definition of five star service. Madri Haveli used to belong to a king named Maharaj Zorawar Singhji Madri, three centuries ago. With the help of local designer Monish Paliwal, the mansion was reconstructed one Nimbahera stone slab at a time, using the same cutting, organic treating techniques (with coconut oil and aloe vera) and finishes from King Zorawar’s time. The courtyard, pillars and arches were also redone and hand carved; so it’s no wonder the project took six years to complete! “Stone work was the biggest challenge, because we had to find the right people to do the job,” reiterates Cesar. The three storey hotel has 14 rooms, including two master suites; a massage room and a rooftop restaurant that offer panoramic views. “My favourite is the main suite which has 300 year old paintings we found on site, on the walls,” says Cesar. Website: www.madrihaveli.comAlso read: Mumbai’s beautiful boutique hotel Abode that’s an ode to maximum city