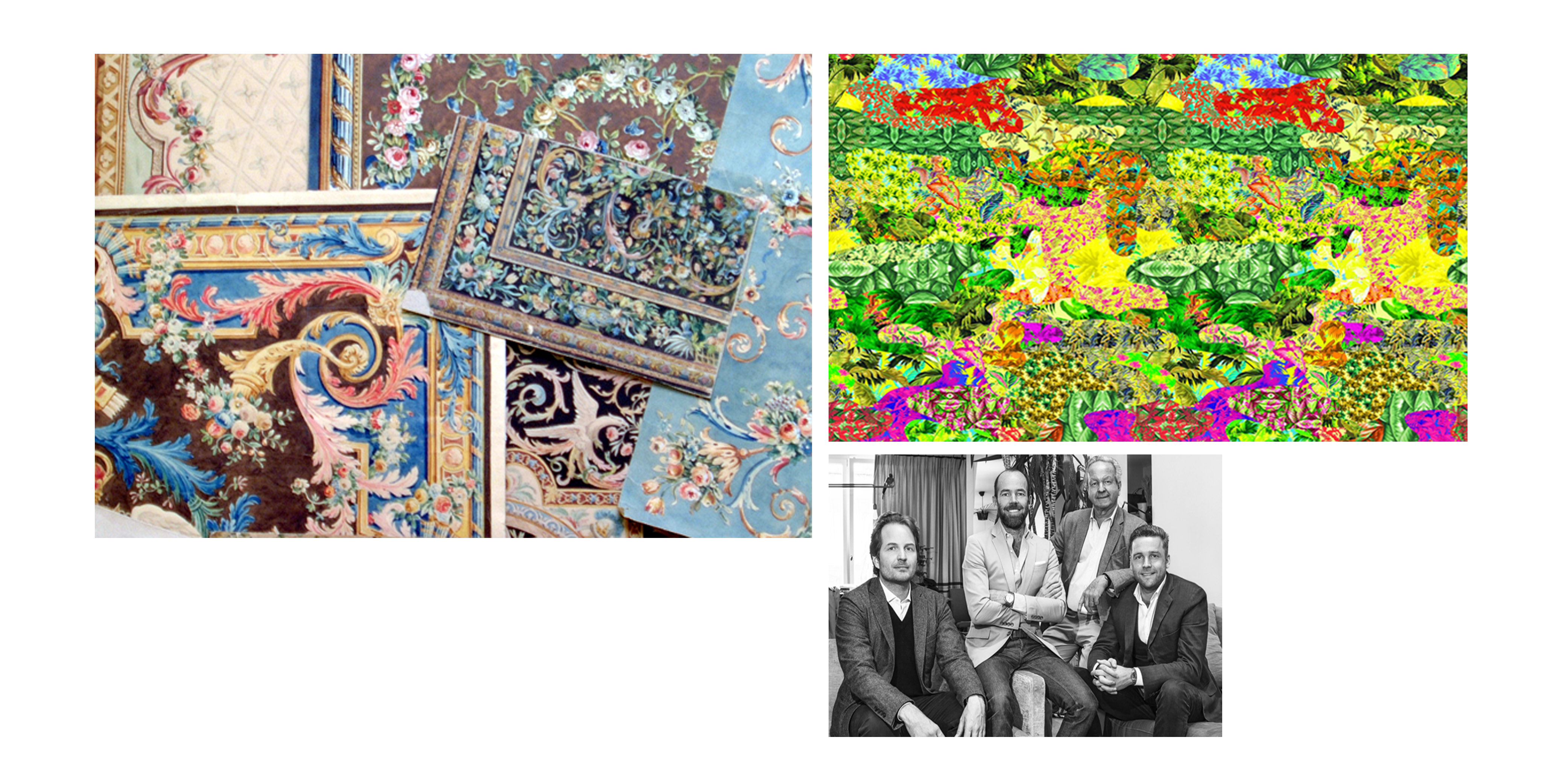 Extraordinary, one-off, signature printed designs have been hallmarks of Pierre Frey’s success so far. They recently collaborated with global artists like Toxic, Charles Pringuay and Louise Bourgoin, thereby creating collections more suited for the current time. This dynamic firm of pure French traditions has an inspiring history.1. Humble beginnings: Founder Pierre Frey worked as a sales manager with Lauer, a furnishing fabrics establishment, and on January 1, 1935, the 23 year old started his own practice, which today generates international sales of more than 70 percent turnover.2. Teething years: In 1945, Pierre subcontracted the textile manufacturing process to two factories: Steiner in Ribeauville (now MIE), whose partnership with Pierre Frey ended during the war, and Brunet-Lecomte in Lyon, which ceased trading in the 1950s. 3. First milestone: Lilas was edited by Pierre Frey with the help of two popular decorators of that time, Jacques and Henri Barroux. 4. The turning point: When Patrick Frey, Pierre’s son joined the company on April 14, 1969, the then 22 year old introduced the concept of themes in prints like abstract, eclectic, graffiti; something that was missing in the former collections. 5. Hall of fame: The business today has a plethora of renowned projects to its name like the Chateau de Chanteloup for Jean Martell, founder of Cognac; the refurnishing of Ritz Hotel in Paris and the Ministere Hotel in the city, to name a few. 6. Three generations: Patrick’s sons Vincent, Pierre and Matthieu currently look after operations within and outside of France.7. Preserving heritage: Since 2003, their archives of more than 30,000 prints have been collected dating from the 16th century, in Paris. This makes Pierre Frey a valued point of contact for museums across the globe. The brand either reproduces fabrics from its library or uses them to start new collections. 8. Door to India: In December 2015, Le Mill hosted a first ever showcase of Pierre Frey fabrics in a pop-up at their Mumbai store. Grandson of Pierre Frey and Director Asia Pacific, Matthieu Frey visited India for the launch. Le Mill exclusively stocks Pierre Frey fabrics in the country 9. Landmark event: From January 21 to May 15, 2016, the Musee des Arts Decoratifs in Paris will be showcasing Tissus Inspires, a Pierre Frey exhibition in the Study Gallery. This will be the first major tribute to this iconic brand10. Flourishing business: The company has one fabric production unit in France which makes 7,000 fabrics, including 400 to 500 new references each year.
Website: www.pierrefrey.com Also read Turri turns 90: 10 interesting facts about of the Italian fine furniture brand