MAY 6, 2021 | By Multiple award winning architect, urbanist and academician, Dr Bimal Patel gives insights into his profound and collectivistic approach to his profession 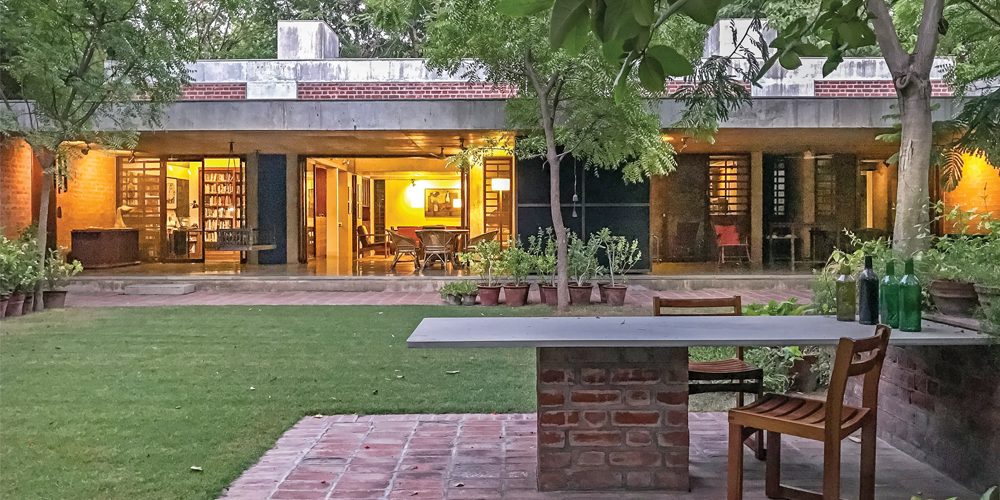 Completed in 2003, architect couple Ismet Khambatta and Dr Patel’s 6,200 sq ft house is set against a verdant backdrop. The exposed brick and concrete structure is a tranquil oasis, where each section connects to the outdoors; Photograph by Premal Panchal/HCP 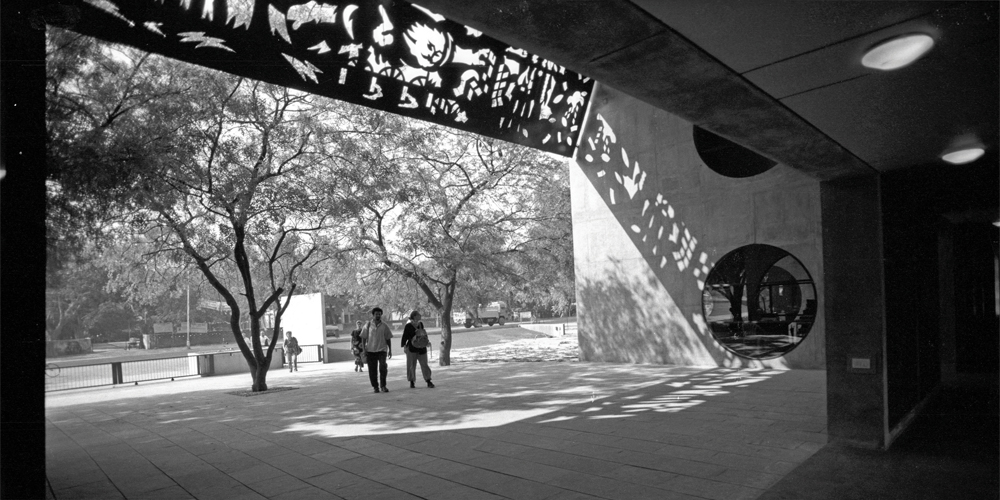 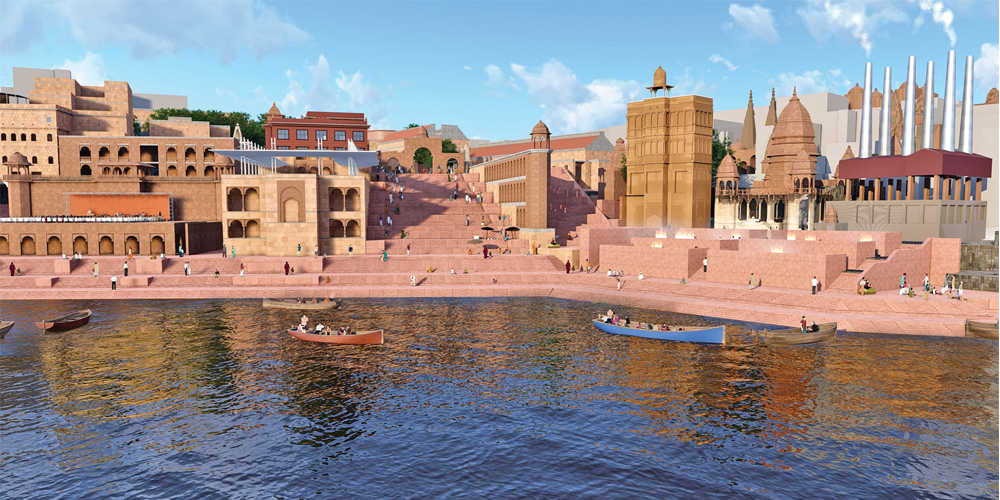 The comprehensive redevelopment of the Kashi Vishwanath Mandir precinct covers the entire stretch between the temple and the river Ganga, which is presently surrounded by dense, ad hoc development. The proposed design reimagines the neighbourhood with cultural institutions and diverse amenities; Render courtesy HCP Design, Planning and Management 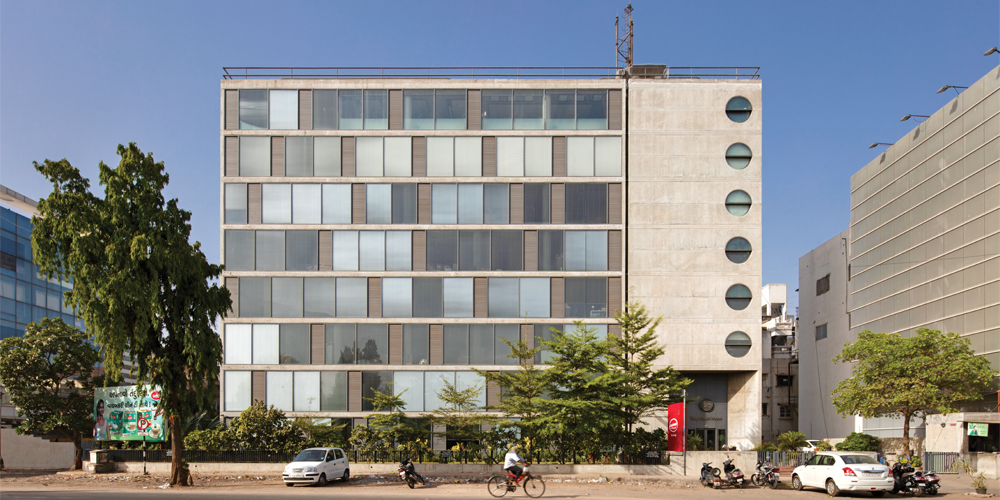 Exposed concrete is employed in the making of Wagh Bakri House, the headquarters of its namesake tea blending company; Photograph by Umang Shah/HCP 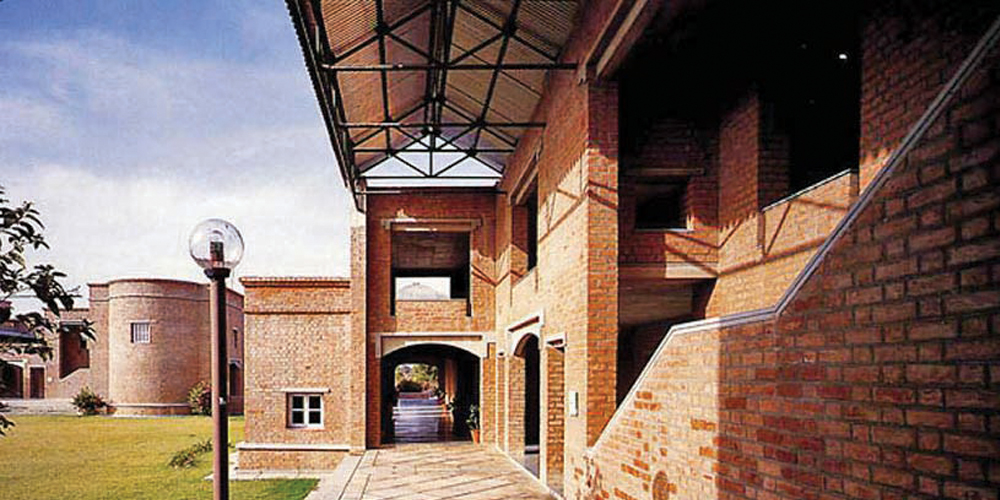 The EDI campus was designed for a national competition such that it evokes a sense of modernity and tradition in equal measure. It won the Aga Khan Award for Architecture in 1992; Photograph courtesy HCP Archives 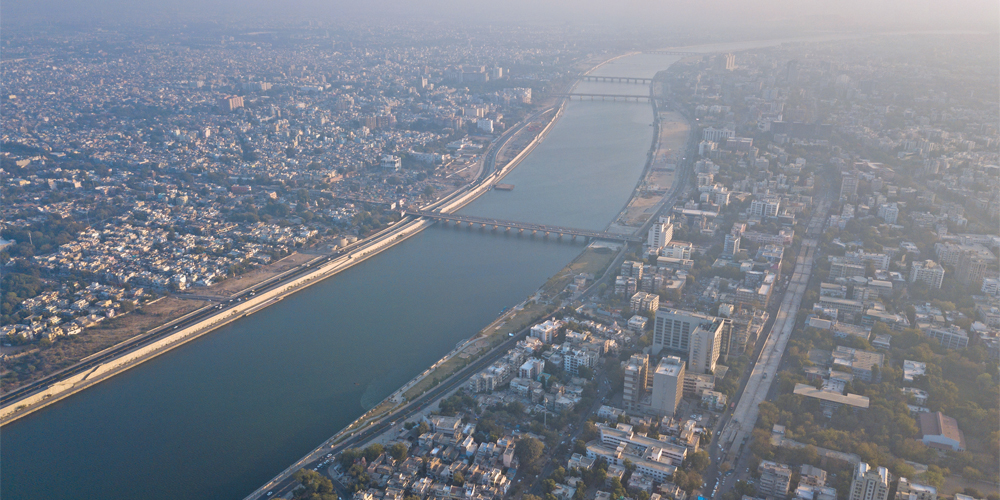 An urban rejuvenation project, the Sabarmati Riverfront Development reclaims the locale’s private riverside, converting it into a public asset with parks, waterfront promenades, markets, and cultural and recreational facilities; Photograph by Umang Shah/HCP 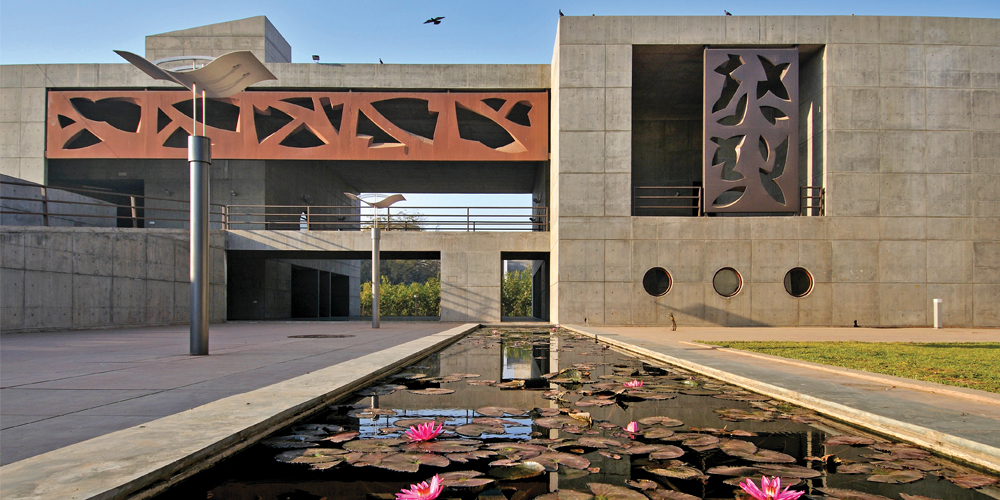 “I grew up in a modern home designed by my father. When we had visitors (including his prospective clients) and if he wasn’t around, my sister or I would explain the design of our house— something we learned by watching him. I feel doubly privileged. Not only did I grow up in a wonderful house, but I also had early training in explaining design!” says Dr Bimal Patel.

The eminent creative’s list of accomplishments is long. He first received a diploma from CEPT’s School of Architecture in 1984 and soon after, joined HCP, his father the late Hasmukh Patel’s namesake practice. He began working on architectural competitions that the firm was invited to participate in but that didn’t keep him from academia.

By 1995, Dr Patel had acquired a Masters in architecture and another in city planning as well as a PhD in city and regional planning from the University of California. In 1996, he founded Environmental Planning Collaborative (EPC), a not for profit consultancy, policy research and advocacy organisation. He has also held the position of president of CEPT University since 2012. A role the Padma Shri awardee is intently involved in is that of Chairman and MD of HCP Design, Planning and Management.

When asked about his multifaceted profile as an architect, urbanist as well as academician, his eyes sparkle. “I find it very fulfilling to play different roles. It has enabled me to see the world from different perspectives and enriched my understanding of it,” he divulges.

The architect says that winning the Aga Khan award was an early validation of his abilities and judgement. He adds, “In 1992, my friend Akhtar Chauhan nominated our work on Entrepreneurship Development Institute (EDI). I was really thrilled when EDI won. It was exhilarating and it gave me a great sense of confidence.”

However, when the results were announced, Dr Patel was in the US for his PhD and his father pressed him “to come back after a semester and spend a month in the winter working on it. I was studying in California for five years but every summer and winter, I would return to Ahmedabad to work on projects,” the maestro says. “I finished EDI in 1987 at the age of 26 years with the support of my father’s practice. He was very generous, and he let me do things as I wanted, even when he didn’t agree with me,” he smiles.

Despite the backing of a well established and respected practice, it wasn’t all easy going. “The project ran into all sorts of problems and posed many challenges that became important life lessons for me. Completing EDI was an incredibly intoxicating feeling. The most important effect it had was that it freed me to take risks. I was no longer hobbled by a desire to win accolades. Instead, I could focus on what I thought was appropriate contextually,” he adds.

Unsurprisingly, his father remains his most important role model: “I grow older, I hear myself saying so many things that he used to!” others who’ve influenced him are sociologist Manuel Castells, geographer Richard Walker and urban designer Allan Jacobs.

When Dr Patel began his career in the mid-’80s, the domains of architecture and construction, he postulates, were grossly inhibited by the country’s insubstantial economic growth, a deep-seated sense of povertarianism and an overwhelming emphasis on autarkic policies. “Designing public spaces wasn’t a widely shared notion nor were it acceptable for private firms to be involved in statutory urban planning. But things have changed considerably…and we are in a better situation now than when I started off,” he says.

From his time interning and travelling in Europe, Dr Patel learnt that it is the design and organisation of public spaces that truly make a town liveable and efficient. “This is why even though I
had early success in architecture, I was not satisfied with working solely in the private domain. I had a deep desire to contribute towards improving the public domain,” he explains.

Among the largest urban design projects, HCP has undertaken are the Sabarmati riverfront Development, Kanakaria lakefront Development and the Mumbai Eastern Waterfront. “What drove me to work on these was that they address the needs of ordinary people. As projects, they are not easy to work on, one must tackle countless hurdles but on completion, it is very satisfying. This is why I keep taking on more such work,” he responds.

Dr Patel firmly believes that architects must focus on solving people’s problems, and continually strive for simplicity and excellence. “We need highly competent firms to influence the policies that regulate our eld as well as to tackle the challenges faced by our towns and cities. Thankfully, over the past decade, we have seen improvements on all fronts,” he says.

During the course of the conversation, the much-debated Central Vista project comes up, which has recently received the green light from the Supreme Court. “I view the interest it has generated positively,” he shrugs. However, Dr Patel stresses on the importance of unambiguous information dissemination. “Projects such as the Central Vista should make a concerted effort to put out correct information to the public (which is available on HCP’s website). Else, the entire motive may be misconstrued and people doubt fundamental aspects—such as whether it is necessary, its impact, its costs versus its bene ts, etc. India still has a lot of learning but I think we’ll see progress in the future,” he concludes.