Mad, eccentric elements make up the interiors of this Kolkata based microbrewery 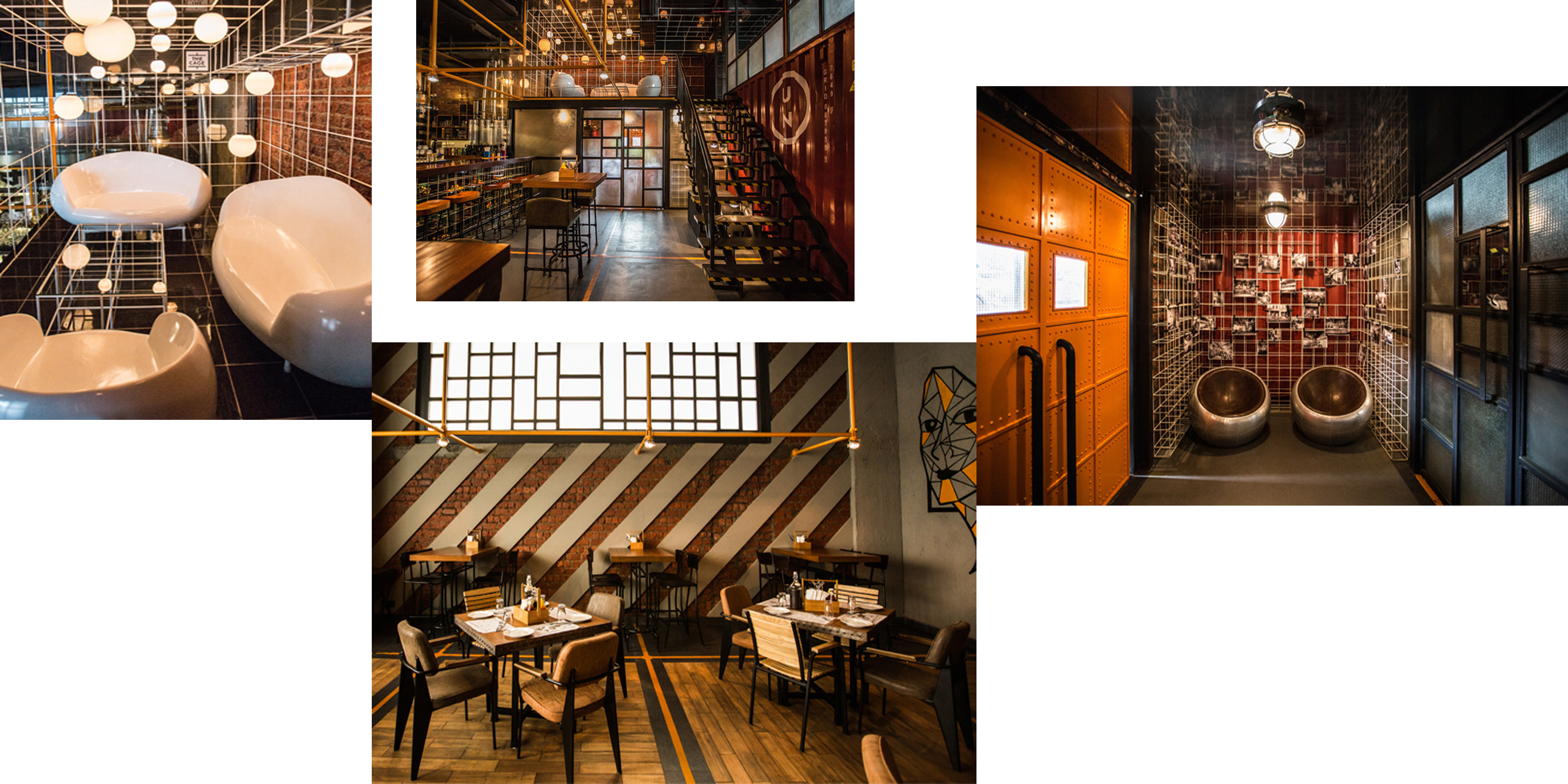 The Grid, a 10,000 sq ft microbrewery was an open canvas really. Our team’s plan at The Busride Design Studio, Mumbai was to figure out an intriguing way of laying out the outlet with a bar, private dining area, kitchen and all other paraphernalia. We co-developed the brief with our clients, so individual ideas were worked on for each space. We asked ourselves – “What’s it like to sit above a microbrewery? What’s the intersection between a grid and insanity? What does the city look like within a matrix?” The big goal was to consider the entire space as a conventional layout, subdivide it on a framework and use a Rubik’s cube approach to remix everything.

The place employs a host of materials. At the bar, we decided to create a whole diorama in a 6 x 6 inch dense mesh – kind of an infographic of the hard working city. We were excited about its LEGO-like design. Our team had workshops on it, incrementally putting together almost 100 different scenes that eventually became the bar facade. The Asylum corner was an interesting inquiry too, where we worked loosely with what the love child of “insanity” and the “grid” would look like. So we made a 1 x 1 inch upholstered cutaway “lunatic corner”, which fitted into one of the vignettes. While working on an unique project like this, I realised that as designers we’re taught to fear ambiguity and tackle it as soon as it emerges. But introducing a lot more of it into processes is a definite key learning for me personally.
Website: www.facebook.com/jointhegridkolkata
Also read: Take a culinary trip to Bengal with these recipes