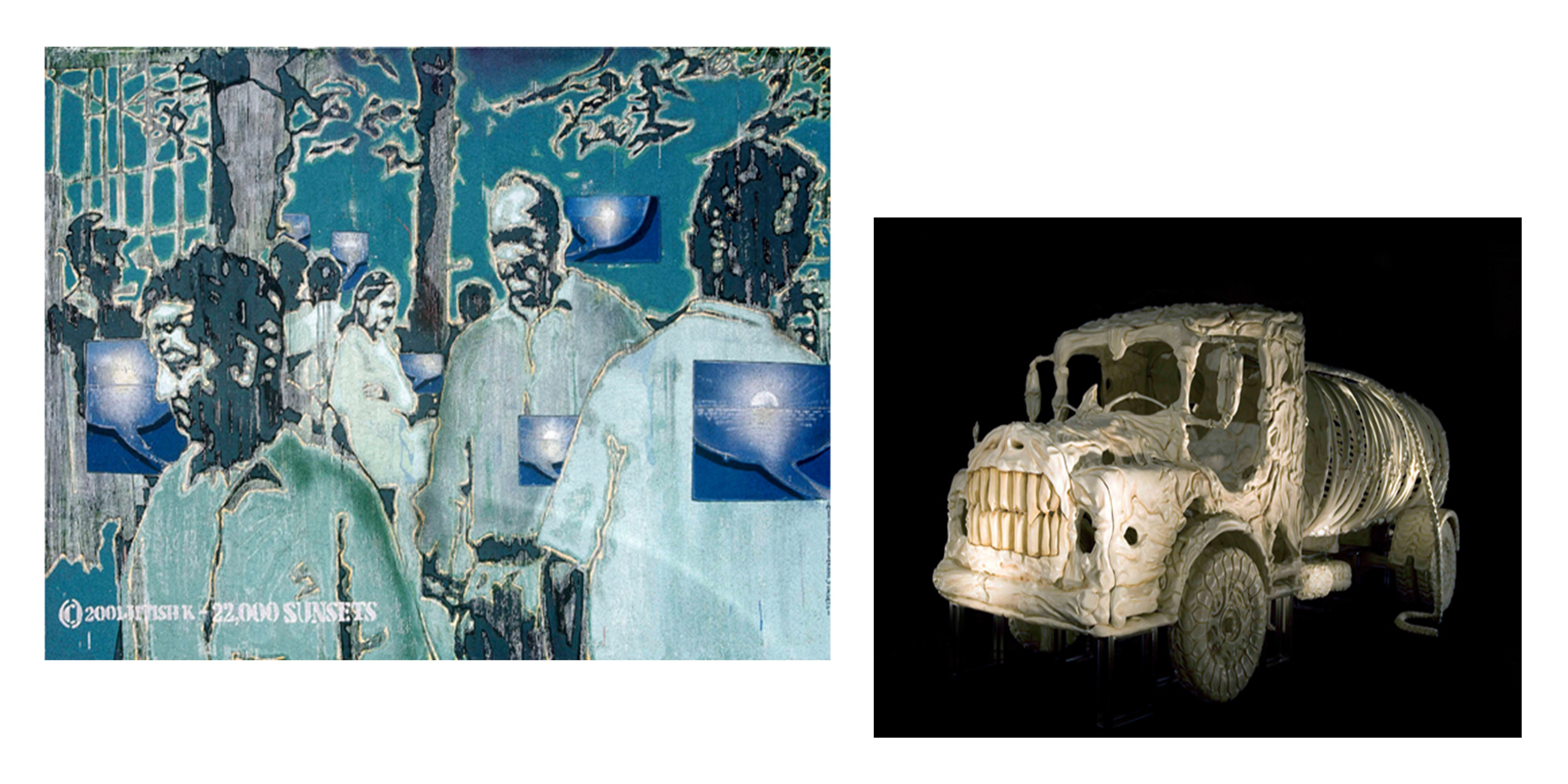 Creativity is endless and fluid; it transcends across media. Many believe it is an in-born trait and in Jitish Kallat’s case, we can safely say it’s true. As a child, he would incessantly make drawings. Once at the age of five, he volunteered to make a biology sketch for his 13 year old sister. “It appeared that I could do a better drawing and this got my sister and family excited, giving a naive boost to my juvenile self-worth,” he says.Inspirations can come from anywhere – his works transverse various canvases, places and frames. In terms of inspirations, “a progressively eaten roti might appear like a moon or x-ray scans of food might invoke celestial bodies. In other instances a single figure becomes a carrier of numerous narratives, a head of a commuter could bear the weight of an entire city,” he shares.

Widely remembered as the one who curated the exceptional Kochi Muziris Biennale 2014, he considers that experience as something that deeply enriched him. “Drawing up two key episodes from the 13-17 th century (the Age of Discovery and the work of Kerala School of Astronomy and Mathematics), Whorled Explorations tried to bring together artworks that picture versions of the world referencing history, geography, astronomy, time and myth, interlacing the terrestrial with the celestial,” he avers.

His recent solo exhibition Here After Here, curated by internationally renowned curator Catherine David is on show at the National Gallery of Modern Art, New Delhi. As Jitish calls it a “major mid-career survey” it brings together his vast oeuvre spanning paintings, photography, drawings, videos and sculptural installations with some works dating back as far as 1992. “I’ve drawn the title from an earlier video work of mine titled ‘Infinitum’. I think it conflates space and time in a way that some of my works do,” he explains. This is his largest and the most wide-ranging exhibition, displaying works spanning a time frame of almost 25 years, exploring the many processes, themes and ideas that appeared throughout his artistic practice. Many of these works will be seen in Delhi for the very first time.

What: Year After Year
Where: National Gallery of Modern Art, New Delhi
When: Till 30 March, 2017
Website: www.ngmaindia.gov.in
Also read: The season’s coolest art exhibitions to look out for