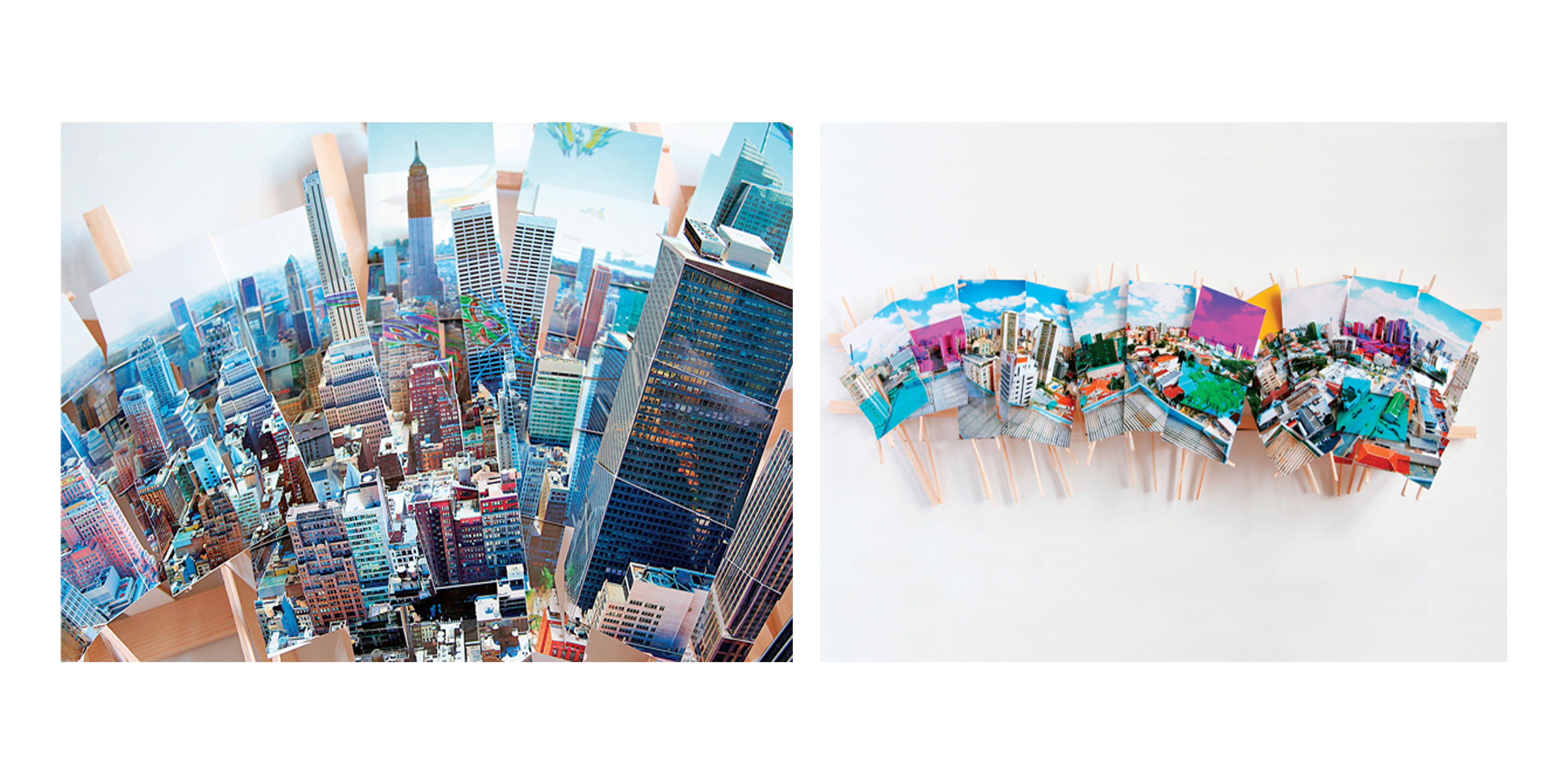 He sees a warped world, almost like a bird perched on the last ledge of the tallest building in town. Since past eight years, Isidro has been travelling around the world with his trusty camera. Unlike a regular tourist, his only aim is to reach the top of the highest skyscraper and click photographs and videos.
For the series, aptly named Planets, he “covers everything around in a panorama like way” and stops only when he has shot all that his eyes can see. Then at the studio, the Spanish born, New York based artist gets down to business: The printed photos are cut, volumes of buildings are popped out and a complex construction is created using basic building materials like wooden planks.
A Doctorate in Architecture, he has a special love for structures that’s as evident as his peculiar take on perspective. “A picture is a flat representation of a 3D reality. So by manipulating it I envision a space that is neither 2D nor 3D…it’s somewhere in between,” he explains.
The intentional distortion in his art is meant to bring us closer to understand the paradox of seeing and perceiving, while compressing a vast cityscape into a scene, that can be internalised in a mere glimpse.
Website: www.isidroblasco.com