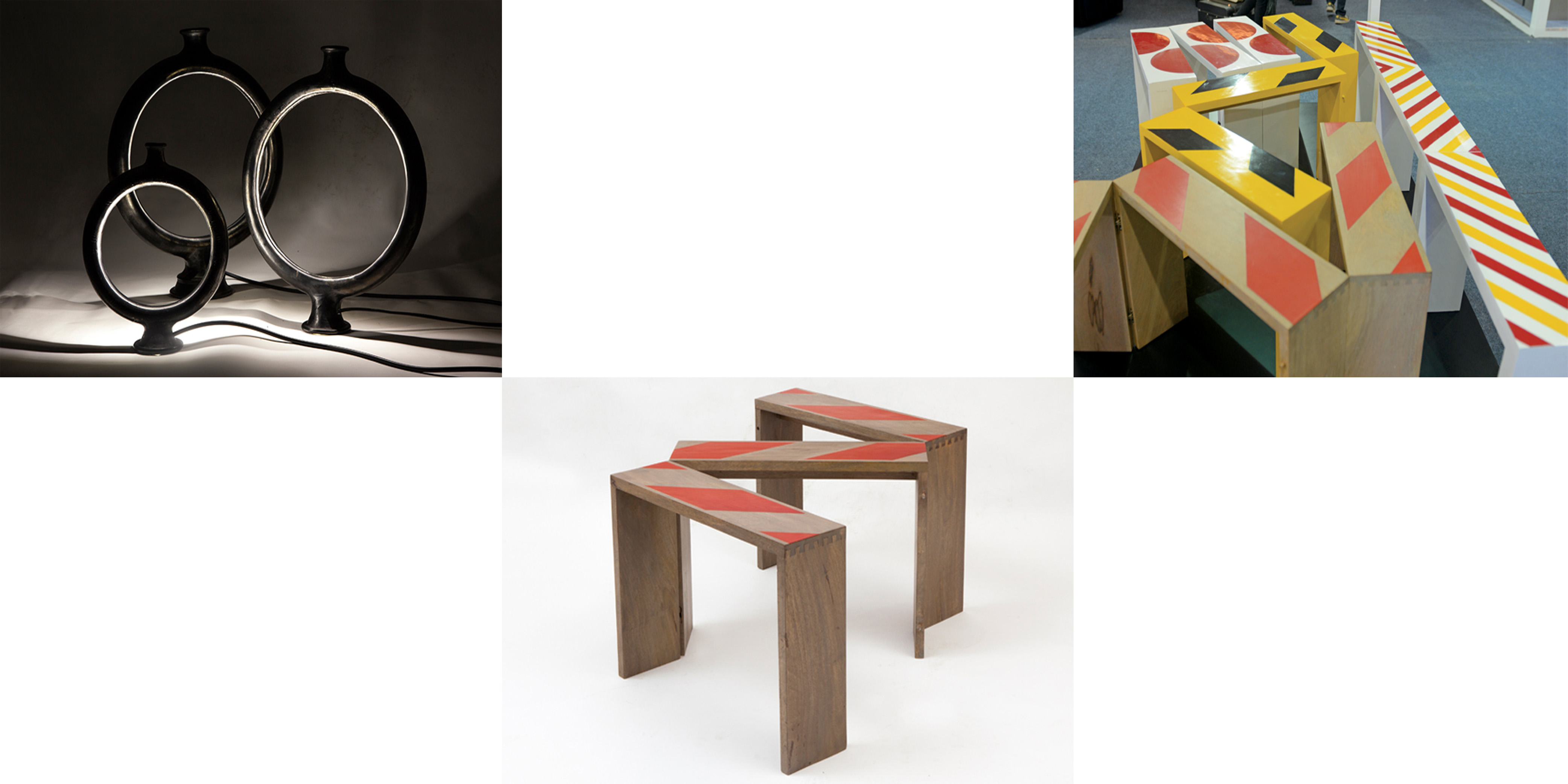 “The idea was very spontaneous,” says the dynamic designer whose NYPD Road Block Bench made it to a winning category at the Godrej Design Lab 2015 contest (a product design contest held in association with ELLE Decor India) that was also showcased at Indian Design ID 2015.
His inspiration for the multipurpose bench stemmed from a sudden liking to a discarded road divider he spotted while living in New York. “I loved its graphic nature, so I took it back to my apartment. I wanted to bring it back to India, so I cut it into three pieces.” While playing around with the pieces, he decided to give them a concrete form and function. Originally envisioning it as a bookshelf, the first draft of the design was scrapped as he wanted its bold stripes to be visible. “So I thought putting two hinges would do the job and that’s how it all started,” he admits.
At the time, little did this creative know that this hands-on idea would eventually be developed by Godrej Design Lab. Talking about the winning design, he divulges, “You can use it in many ways, especially in smaller homes in urban cities. It’s versatile, so you can use it as a bench, table or love seat ….”For the travel enthusiast, collaborating different ideas has always set him apart. Another of his creations, that he proudly describes is the Tubular lamp, a contemporary LED light crafted using traditional ideas. “We took a medieval Indian terracotta Surahi (water bottle) that tribal people used to wear on the shoulder and transformed it into a light by just cutting off the handle.”
Studio Job, Campana Brothers and Stefan Sagmeister serve as perennial sources of inspiration for Ishan. “Their work is free, edgy, out there and explorative.” In many ways these designers echo his personal design philosophy, which is about all about diversity. “We look at diversity in people, materials, experiences and all that reflects in the work we do – whether it’s products, graphics or installations.”
Website: www.ishankhosla.com
For more details about Godrej Design Lab, visit www.godrejdesignlab.com