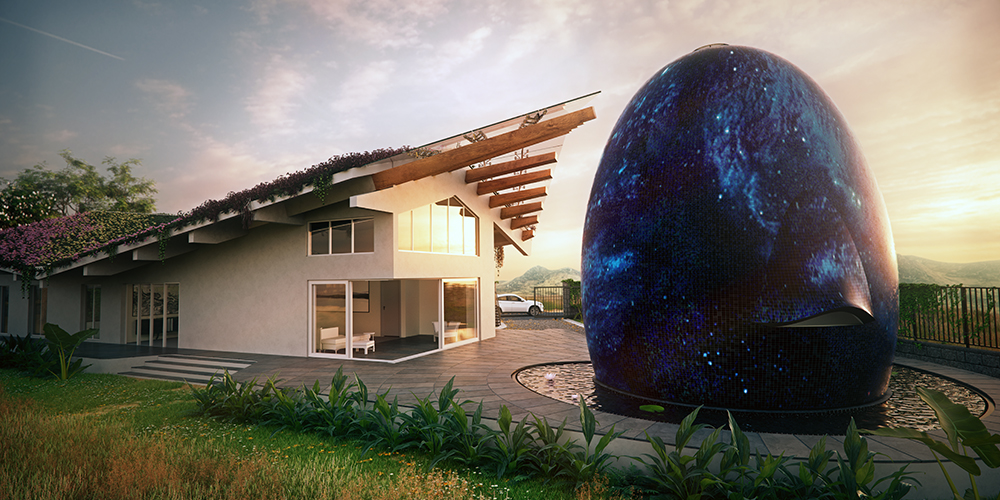 I can explain and summarise my entire design career between two visual communications: a meme and a movie. If you’ve seen the most popular Architecture memes about the stark difference between the reality and imagination of an Architect, you should know those visuals and the idea of mediocrity terrify me. On the other end, when I got back from California, Indiana Jones proved to be a role model. Can a series of random adventures fuelled by curiosity and passion, without a plan or resources create a design career? Take a look at mine, and then you can decide.

Career strategy was swapped for the enjoyment of life experiences and my portfolio was created by a non-linear path that started in reverse: The Aditya Birla Science and Technology center achieved many firsts and was also my big first competition win. An office for Salman Khan, a Spa for Shilpa Shetty and a home for Raveena Tandon added glamour to serious design discourse. Even I was surprised that Master planning a mini-city in Mulshi; designing a fusion colonial-FLWright-Mediterranean inspired house in Alibaug and a cutting-edge custom fabricated table inspired by Kim Kardashian’s derriere would all come from my desk. I could now see the invisible Archi-logic connecting the dots of my design evolution in varying projects that paid little heed to typology, style dogma and scale. The work began to center itself on juxtapositions: exploration and context; India and the world; hope and truth. The focus expanded from Architecture-specific to Design general with a fundamental message: creating beautiful space is not the same as creating a happy space.

My search to create positive work became an enshrined Archi-logics value and I was overjoyed to see Domus Italy recognize and call me the “Architect of Energy” in an article in Milano, October of 2018.While India was changing, so was I—excited to be part of the ‘revolution’ like so many others. While I remained focused on participation, it was critiqued for relevance. When I shared this passion, it was labelled a frivolous career move. I started my TV career with a GoodTimes show called ‘A Whole New World’ and forward 5 years to now, ‘Luxe Interiors’ and ‘Design HQ’ gave me the possible distinction of being the only architect in India to simultaneously host two on-air design TV shows.

So here I was, doing what truly interested me, disseminating my joy of design in mass media and checking to see if my work could also garner some international relevance.Two projects in Barcelona later, while people were asking why I would want to work in a “recession” economy, I’m still asking the fundamental question: Can I have fun and be a serious designer, wherever, whenever? Had I never gone to Spain, I would never have fallen in love with furniture or created the winning 3D-printed furniture entries for Godrej Design Lab twice in a row.

My sense of India comes through abstractly and manifests only when the context demands it. My design approach sees the future as a hopeful persistent state carrying that subliminal Indian-ness, amalgamating global, historical and cultural influences varying wildly across periods and styles. These influences led me to create a new language of work. Sunoo Temple house re-interprets the relationship between Home, Man and God and the device of the Indian courtyard. Pushing the temple away from the house, a new visual experience is realised via an infinite courtyard, one where the temple can be seen, touched and felt all at the same time. A temple is a primal object loosely referencing a lingam or an egg recalling an absolute indivisibility. The house then bows to the temple — aspiring to it, but never touching it. I could feel this client so intensely and how grateful she was to the universe for her life, so I brought the universe to her.

While philosophy and existentialism played out, TATA built what I am told is the first residential green roof in India. A  pleasure and honour to be invited to speak at the University of Campania in Naples this November 2018 – about Sunoo House and my portfolio of work over 15 years. A stint in the TV show as an anchor to being part of an opening of the Spanish Pavilion at LaBiennale Venezia 2018 and seeing the absence of an India Pavilion would change my life forever. I’m being sent on a roller coaster ride around adventures. Like I said, it’s all between a meme and a movie.