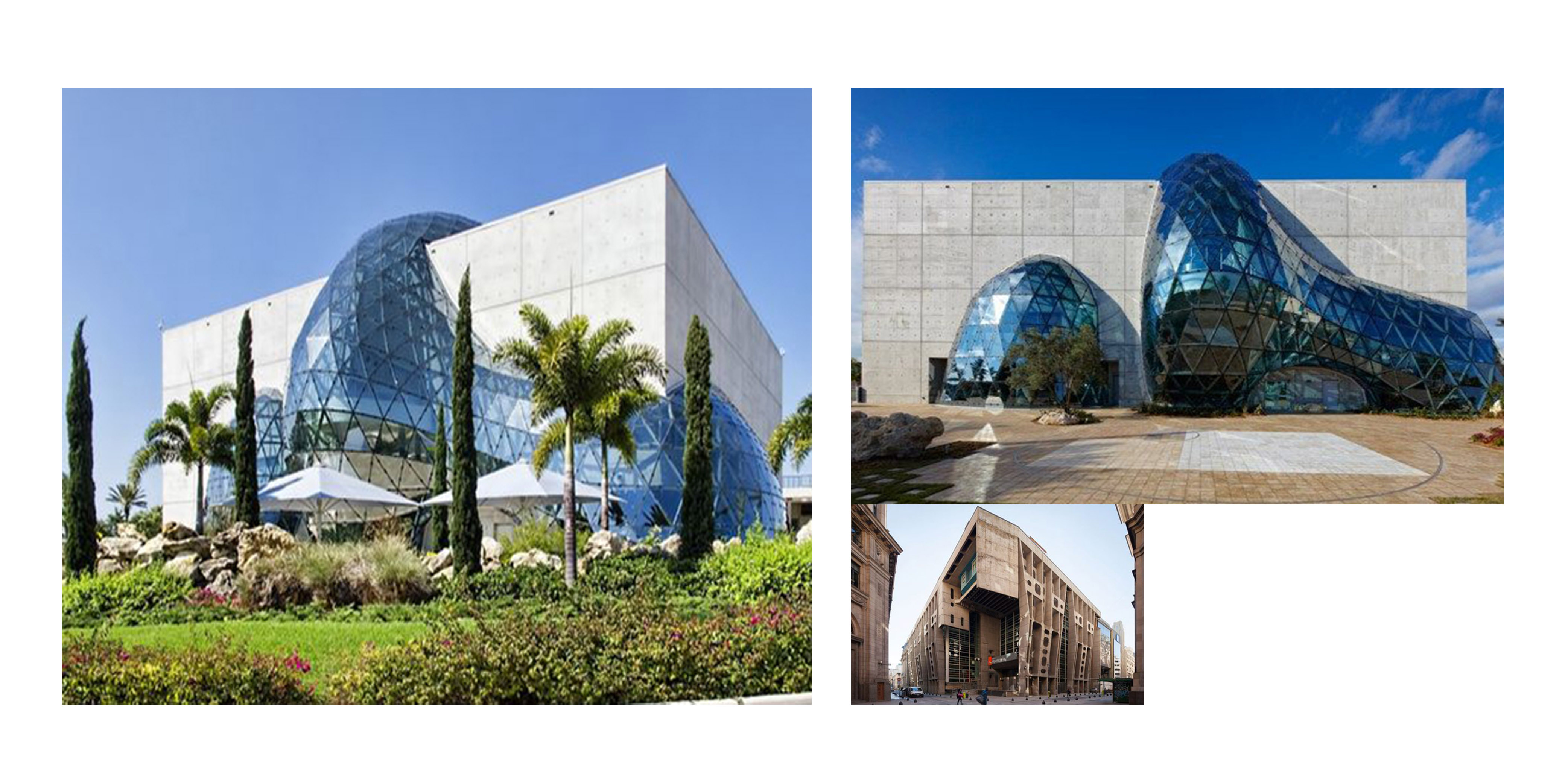 The Chrysler building, Empire State building and Guggenheim museum in New York, Grand Opera House in Delaware, Perot Museum of Nature and Science in Dallas, Portland Observatory in Maine, Drayton Hall in South Carolina, The Bean in Chicago, Walt Disney Concert Hall in Los Angeles…there is no end to the list of architectural masterpieces scattered across the United States of America. These unforgettable edifices stand out on the landscape of civilisation as some of the best creations of humanity. Here are some iconic structures that captivate minds and beguile souls across time. Chapel of the Holy Cross, ArizonaSculptor Marguerite Brunswig Staude from New Orleans wanted to build a modern church. When the Diocese of Los Angeles rejected her proposal to build such a church in Los Angeles, she chose Budapest for its location. However, the start of World War II dashed her plans and she returned to Sedona, Arizona. It was here, in the wild beauty of the desert land, where the sculptor realised her dream in 1956 with the help of architect Richard Hein. The cross wedged between two russet rocks is set against a stunning backdrop of the Coconino National Forest seen through a massive, floor-to-ceiling window.Dalí Museum, FloridaThis museum in St. Petersburg, Florida celebrates one of the most famous painters of the 20th century. By juxtaposing the rational with the fantastical, Florida based architect Yann Weymouth has designed a monument that befits the Spanish surrealist painter. A geodesic glass form known as the enigma seems to emerge from the non descript rectangular building made of hurricane-proof walls. Inside, another prominent architectural feature—a helical staircase that recalls Dali’s obsession with spirals —pays hommage to the venerated painter.Flatiron building, GeorgiaThe oldest skyscraper in Atlanta, mostly unchanged since its conception in 1897, is the original flatiron building that predates the more popular one in New York. Designed by American architect Bradford Gilbert, who also built New York City’s first skyscraper, it is known as the English-American Building. The two levels at the base of the eleven storeyed building include half columns and stone piers separated by large glass windows. This narrow triangular structure is one of Atlanta’s most striking examples of the Chicago Style in urban architecture, setting a precedent for most of the city’s later downtown buildings. Transamerica Pyramid, Northern California This obelisk-shaped building along San Fransisco’s skyline was awarded LEED® Gold status by the US Green Building Council for its eco-conscious practices. Designed by William Pereira & Associates, the pyramidal structure was not welcomed by the public initially. However, later on, they warmed to it and recognised it as an inseparable part of the city’s skyline. The tallest building in San Fransisco has two wings that house the elevator shafts that cannot run at the angle of the building itself and the stairwell. With a white quartz exterior and an aluminium spire on top, the original headquarters of Transamerica Corporation is lauded for its architectural mastery within the bounds of enviromental sustainability. Brutalist Building: The Bank of London and South America, Buenos Aires—What started out as a British bank, which operated in South America was later acquired by Lloyds Bank Limited in 1918. The new headquarters in central Buenos Aires was designed by Italian-Argentine architect Clorindo Testa, a pioneer of mid-20th century Brutalist architecture, in 1966. With a memorable concrete facade, it is one of the best examples of brutalism in Argentinian architecture.