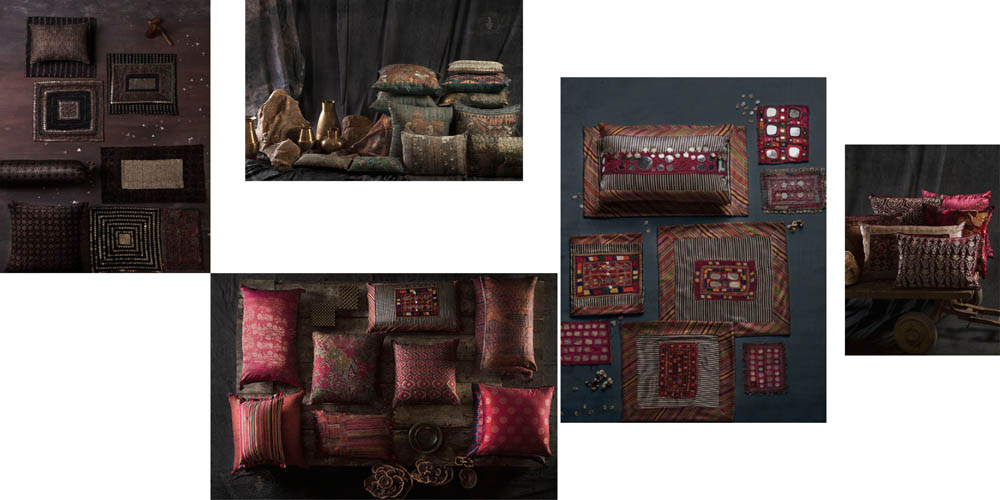 After a successful stint with the Mughal and Silk route, Good Earth, India’s longest-standing homegrown enterprise – launched the new festive collection, which takes a nomadic shift – traveling through the ravages of time in Gandhara.“This period-influenced theme is a confluence of layered cultures, steeping deep into the ancient cultural history – recreated through layered textures and patterns.” Says Anita Lal, founder and creative director of Good Earth. Enter their plush retail outlet in Mumbai and you will be transported straight into the Indic kingdom.

You will find gleaming dinnerware in jewel tones, embroidered thikri cushions, mirrors and ancient forms of terracotta pottery. What catches your eye is the classical Greek amphora that rests into a swan-like mien. Gandhara’s influence travelled all the way from its home to the Persians, furthermore, to Greek archipelago.

“What was once used to store and transport wine and olive oil, has now found its way into décor aesthetic,” reminisces the former potter. “We have revived what we started off with, our terracotta pottery, bringing it to a full circle” She adds. With the festive season around the corner, these cherry finds from Good Earth make for the perfect gifting options. ED Recommends: Crystal butter lamps – which is originally inspired by the enchanting metal butter lamps from the Buddhist monasteries and given a fresh spin.

The Gandhara collection will be available at all Good Earth stores and on www.goodearth.in from October 10, 2018, onwards