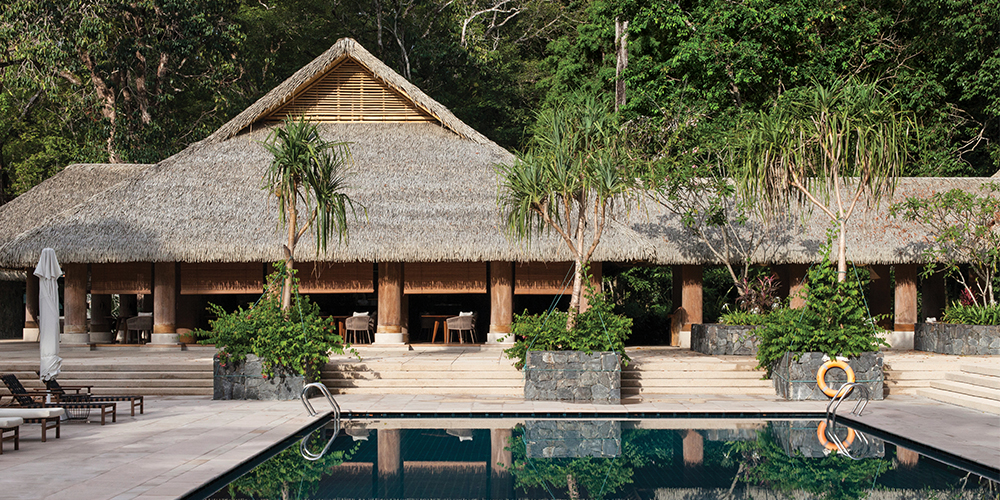 One of the venues at The Datai Langkawi is the Beach Club, which goes from a seafood lunch spot to an elegant beachfront restaurant by night; Photographs by Tommaso Riva 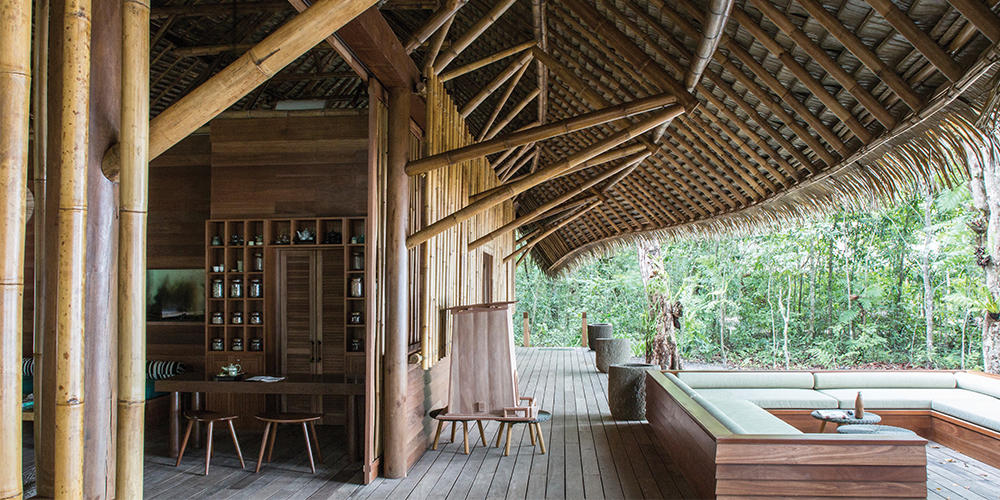 This building inspired by traditional longhouses has a lounge and a library stocked with books on the natural heritage of Langkawi as well as Malaysia; Photographs by Tommaso Riva 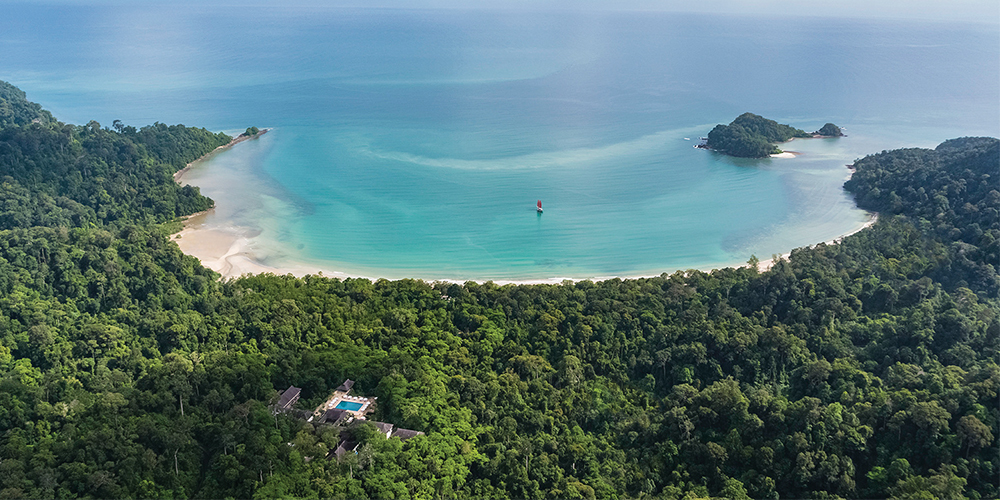 The hotel is well camouflaged between a thick rainforest and the wineglass shaped Datai Bay; Photographs by Tommaso Riva

Architects Didier Lefort and the late Kerry Hill landed in the pristine bay of the Malaysian island of Langkawi in the early 1990s with the firm resolve to create the country’s first luxury resort. Dazzled by the beauty of the beach skirting the 10 million-year-old tropical forest, the two friends owed not only to conserve the ancient jungle but also integrate the hotel such that it would lead to the discovery of natural treasures.

Their approach to design and the determination to protect this corner of the rainforest and its local culture earned them the Aga Khan prize for Architecture in 2001. Almost three decades later, when resort manager Arnaud Girodon decided to renovate the ageing hotel without compromising its personality, he naturally turned to the original creative duo.

They ensured that felled trees were reused for roofs, frames and beams, as well as for the stilts of raised buildings, while local craftspeople were commissioned to make carpets and chandeliers for the rooms.

Lefort redecorated the rooms to reflect the original contemporary colonial spirit, designed a new spa with five villas nestled in the vegetation, expanded the beach club, and restored the Dining Room. He optimally used local materials, such as wood for the bedroom walls, red balau floors and teak furniture. The wood was sourced exclusively from replanted trees to avoid depleting the primary forest, explains Girodon.

The jewel in the renovated hotel’s crown is the Datai Estate villa, a five bedroom building that integrates existing trees into its structure. A lobby furnished with a pair of ancient Indian horse sculptures and a waterlily pond that doubles as a frog habitat welcomes guests to this natural paradise.

A sight for sore eyes and weary souls, it extends into a panoramic bar overlooking the lush jungle. Below, the butterfly path leading to the beach is a tribute to the butterfly species found on the island. Langkawi has the richest concentration of biodiversity in Asia and there are more plants per square metre here than in the whole of southeast Asia, adds Girodon.

The hotel’s director also asked Lefort to include a Nature Centre in his design. Made entirely of bamboo and inspired by tribal longhouses, it is used as a base by distinguished naturalist Irshad Mobarak, who regularly organises educational trails on the canopy walk. It crosses the coastal jungle over a crystalline stream to a new wooden footbridge suspended 15m above the ground and serves as an ideal observatory from which to admire the teeming flora and fauna all around.

The Datai was also keen to incorporate sustainability into the daily running of the property from reusable leaf baskets to wooden and bamboo toiletries and a permaculture garden where customers can pick herbs and spices for cooking classes. The hotel also reuses rainwater, filters effluents and recycles glass, plastic and food waste. The latter, once transformed into compost, is used to fertilise the vegetable garden. Even the spa treatments draw from local medicinal plants concocted by Dr Ghani, a traditional Malaysian medical guru just one of the many enchanting details in this discreet paradisiacal eco-retreat.

Scroll to see more images from this eco retreat…