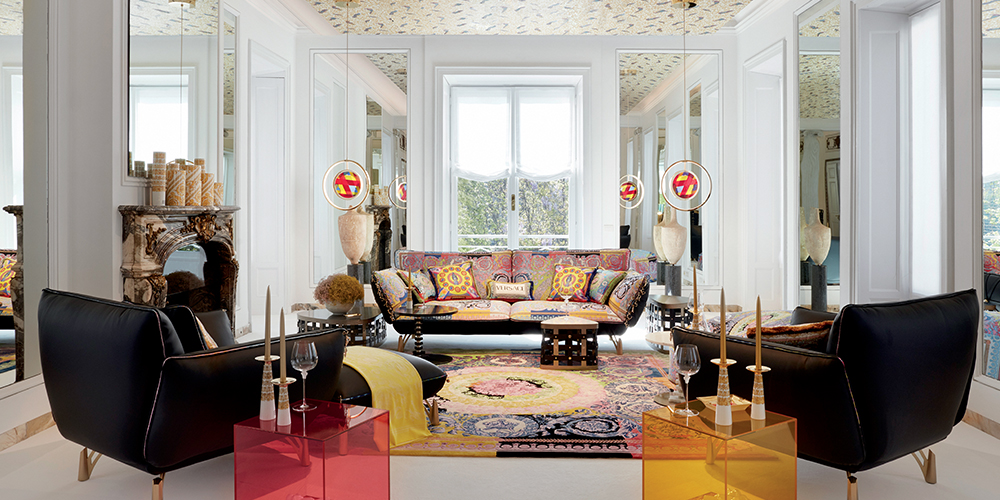 A room decorated with the Versace Home Rhapsody collection 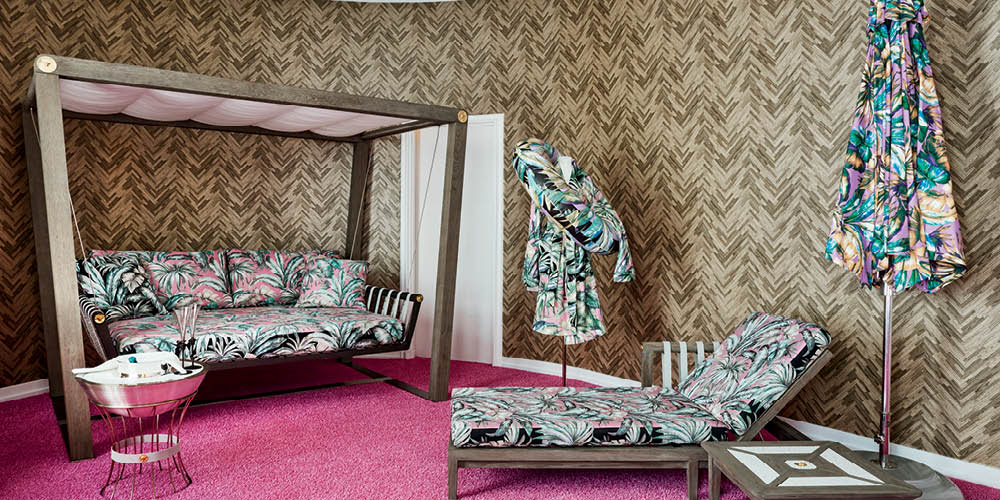 A setting furnished with the Versace Home Jungle collection 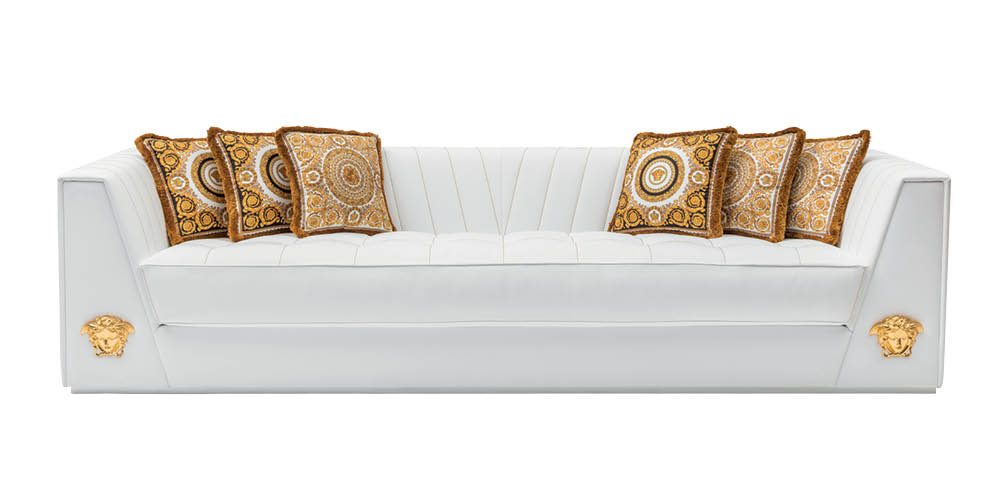 The three seater Via Gesó Sofa, with leather upholstery

Since its founding in 1978, Versace has—like its Greek mythology inspired logo—proven to be irresistible for its ‘more is more’ approach. The house forayed into homeware in 1992 with fabrics before moving on to porcelain dinnerware in collaboration with Rosenthal, and eventually everything—from luxury furniture lines to lighting . In 1994, the Vanitas chair, the first ever furniture piece by Versace Home was released in the brand’s distinct decorative theme.The seater (which has been restyled in line with the brand’s SS18 show) is inspired by a Louis XV chair. Then, in 2000, under the aegis of Donatella Versace, the atelier opened the 1st Palazzo Versace hotel in Australia. As of today, the house’s offerings include furniture, textiles, tableware, wall coverings, tiles and bath accessories, and interior design projects.

THE USP
Versace Home mixes the heritagewith the modern, ancient Greek with pop culture. As Chief Creative Officer Donatella Versace puts it: “The inspiration is the story of Versace, our past that meets today and looks to the future.” Indeed, the narrative touches upon the maison’s legacy while staying true to modern tastes.

THE INTERSECTION
The Jungle Print from Versace SS20 collection is interpreted onto the upholstery of furniture pieces. This line gets its name from the brand’s iconic dress in tropical print in 2000, worn by Jennifer Lopez. (The photograph became such an Internet rage that it prompted the creation of Google Images!) Versace Home has now brought the jungle theme back for its outdoor line, crafted from grey teak and suede accents. The series features varied seaters, loungers, lanterns and even a fire pit table.

THE LATEST
Among the latest ranges is a fresh take on the Pop Medusa series; the Rhapsody line that features living and bedroom furniture with gold tone Medusa shaped legs; the curved and elegant shapes of The Medusa collection of seaters, tables and beds; and the Logomania range that features geometric, statement leather sofas and armchairs with Versace’s vintage logo or 3D metal Medusa embellishments. Versace’s interior design studio has also been busy with ongoing projects such as ABIL Mansion in Mumbai, Damac Tower in London and another tower in Delhi.
www.versace.com 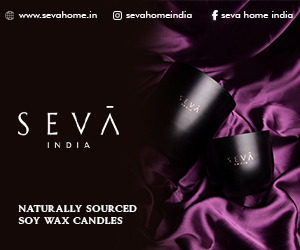