; Slow Tide succeeds in reviving the hippie culture of Anjuna 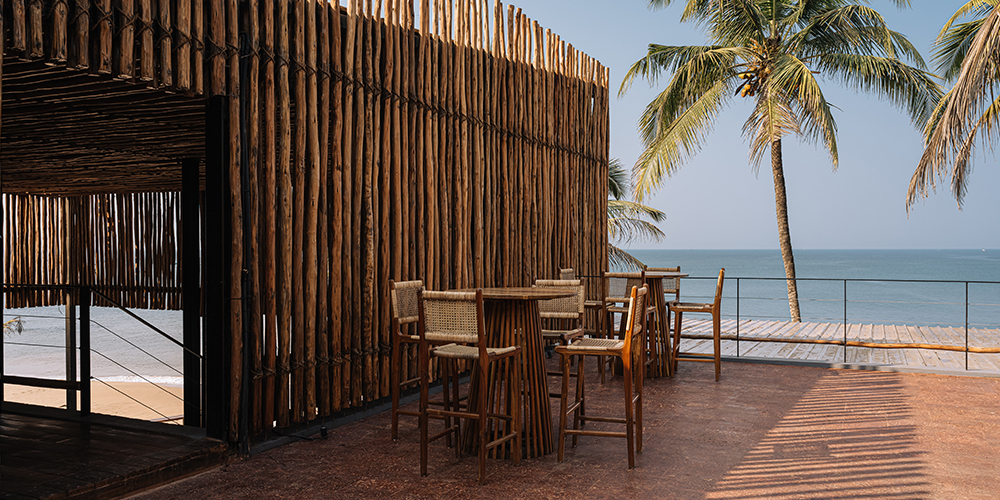 The restaurant is built on the scenic backdrop of the Arabian sea, giving it a topographic and aesthetic context; Photograph Courtesy Ishita Sitwala 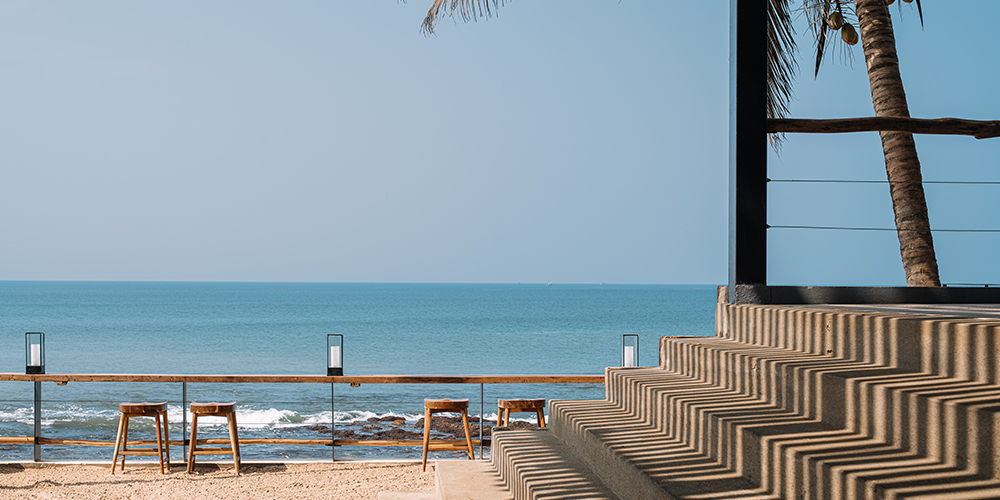 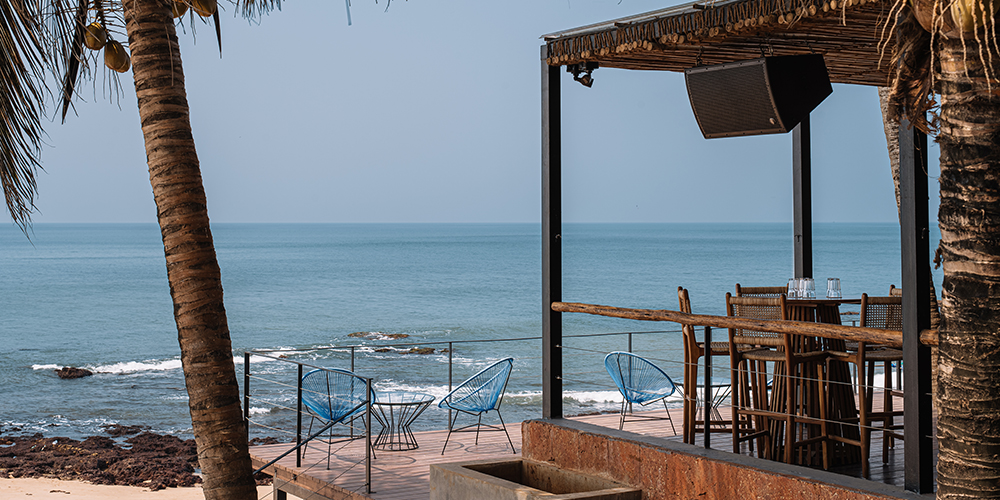 The variety of seating options and arrangements makes it more connected to the surrounding, allowing the patrons to indulge in an authentic experience; Photograph Courtesy Ishita Sitwala 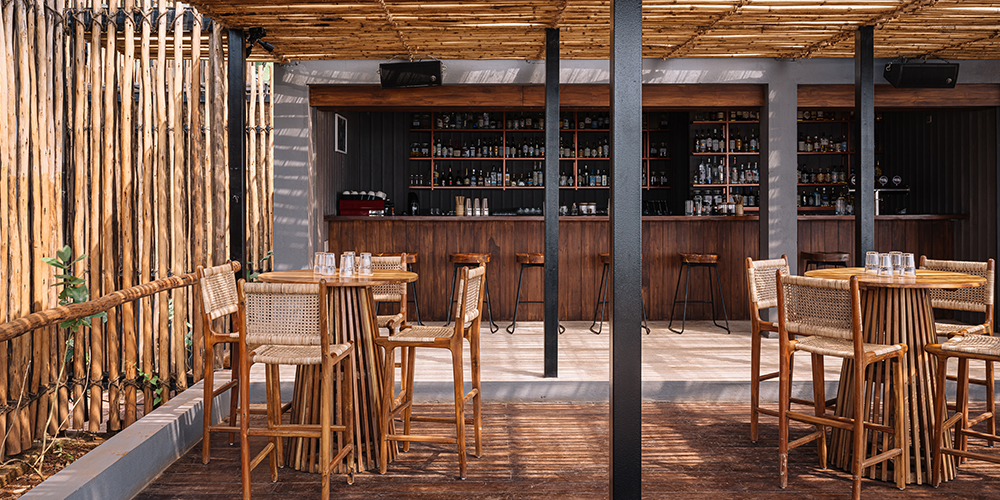 A unique pattern is formed throughout the space, with pergolas and vertical cane used all along the restaurant as a design principle; Photograph Courtesy Ishita Sitwala 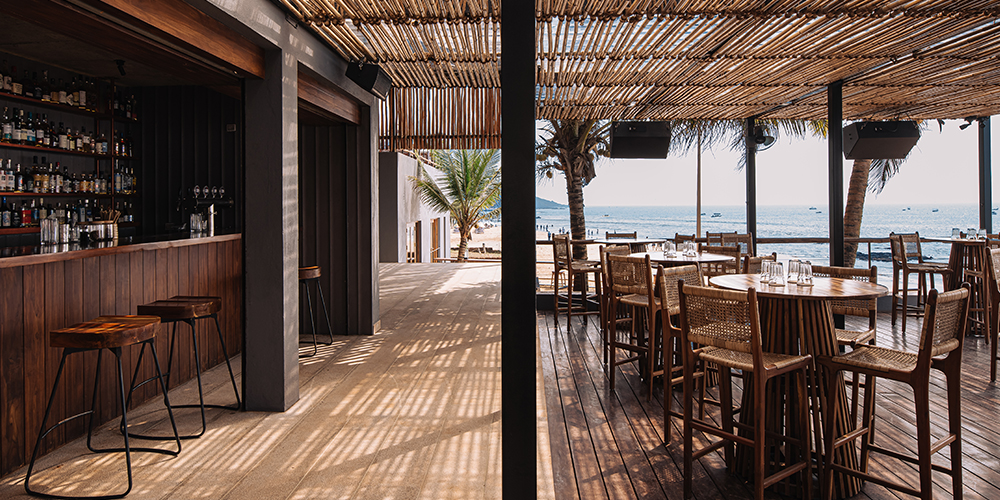 The bar facing the sea is Andy’s Joint, named after a local South Anjuna vaddo bar which has left everlasting memories for the Goans; Photograph Courtesy Ishita Sitwala 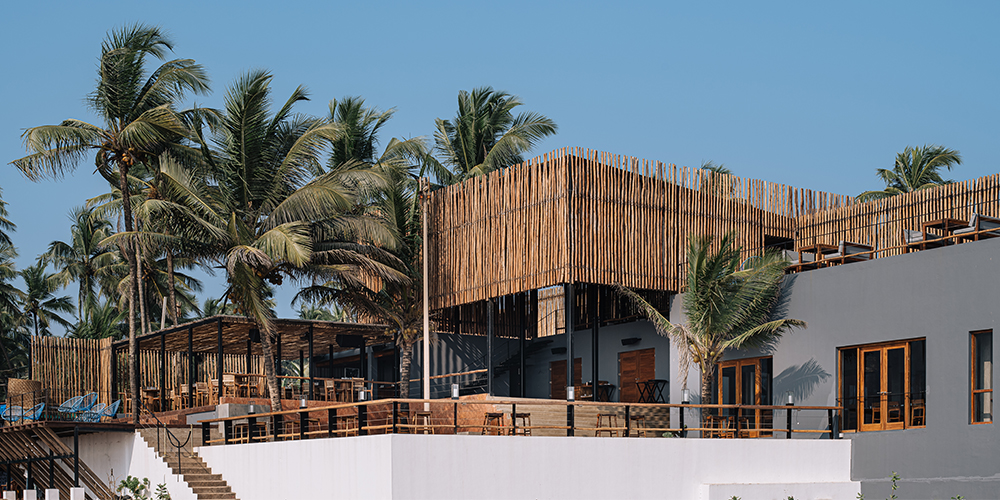 The restaurant is planned on varying levels, giving resplendent and unique views of the sea and the trees lining it; Photograph Courtesy Ishita Sitwala 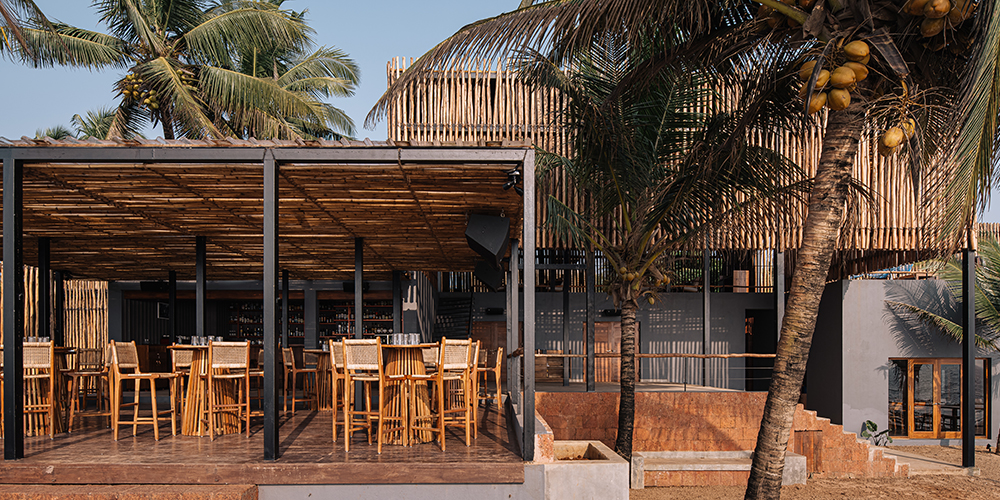 The natural materials are used not only for the aesthetic appeal but also as building materials to keep the place close to its roots; Photograph Courtesy Ishita Sitwala 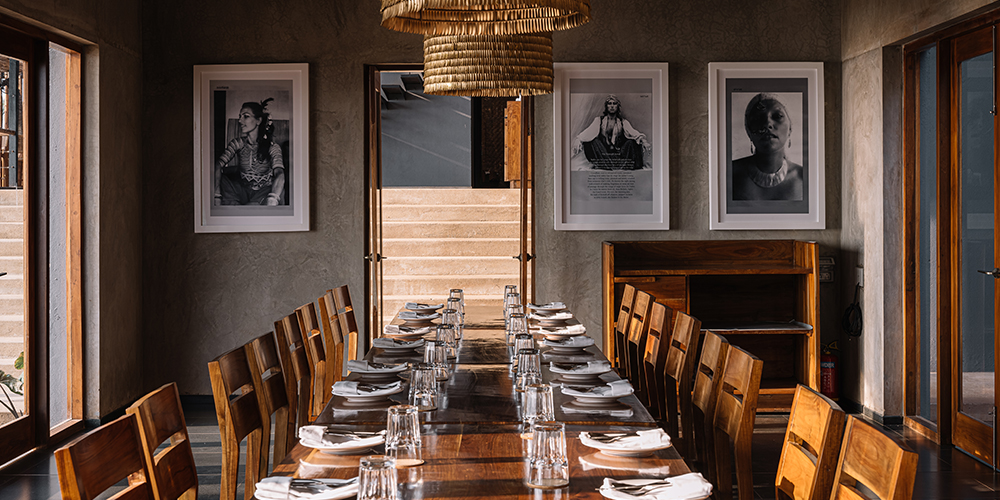 A long community table is strategically designed to encourage guests to commune over a meal, share stories and diverse experiences, in keeping with the Anjuna spirit; Photograph Courtesy Ishita Sitwala 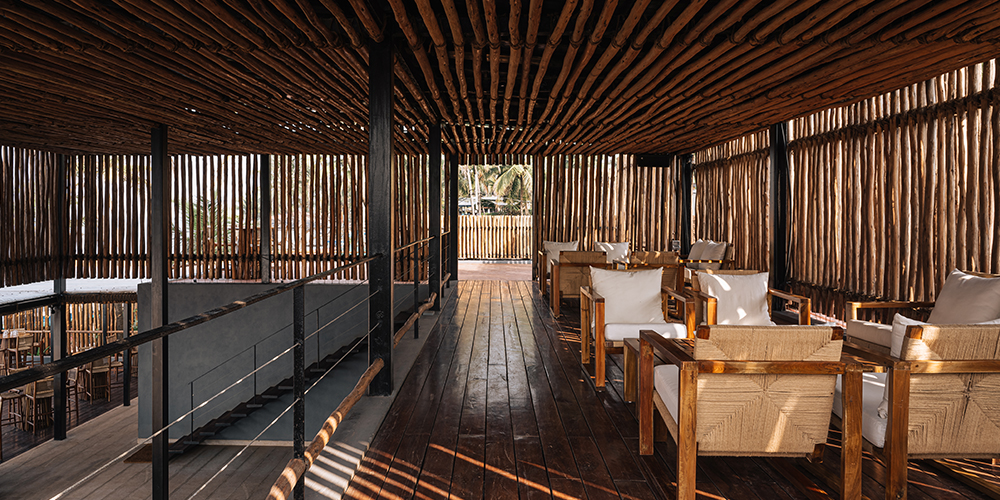 Symphonic melange of earthy colours and cold greys is further enhanced by the warm shade of sunlight as it peeks in the space; Photograph Courtesy Ishita Sitwala

The tale is of Anjuna, a historic town in Goa which was famous for the hippie culture it had evolved into as Westerners made their way across exotic Asia in the late 20th century. The lifestyle they developed along with the locals included some bohemian traditions which eventually fostered at a shack-like space, which are the essence of Slow Tide restaurant. As tourism developed in the state, this culture started getting adulterated and let its original traces fade out. Anjuna’s community, as a result, started feeling a sense of uncertainty and wanted to do something to help the diminishing traditions of shacks—the ones which were not tainted by tourism and modernism.

For acting upon this very thought, to revive the shack culture an earnest attempt was put forth to the award-winning Sri Lankan architect Palinda Kannangara. Having worked with the terrain extensively, the architect uses his contextual sensitivity and experiments with the use of material to shape the restaurant Slow Tide.

The restaurant stands in place of the 60’s shack San Francisco where sunset and sunrise meetings were a ritual. On top of that, exchanging talks, playing music and celebrating life was a routine. With a new outlook, all these activities are considered and now given a space of their own—Slow Tide is also designed as a platform for community endeavours, art, literature and a dedicated art space to feature up and coming local artists and book launches. Here’s how it touches all the five senses of anybody and everybody who visits it:

Ears and the magic of sound

The constant dashing of waves on the shore rocks. The receding of water in the sea. The little reverberations sand makes as it loses water and becomes dry. All these make a constant melody at Slow Tide. Native to Goa are also the conversations in Konkani that one often hears overlapping the mild songs playing in the background—it is in these little nuances where the magic of sound is realised.

Eyes and the delight of sight

The more the architect uses natural materials, the better it will look. Nature itself is a harmonious combination of colours that can be knackfully borrowed from. Palinda Kannangara utilises the aesthetics of nature and gives form to the restaurant with materials, textures, patterns and resources.

Skin and the echo of feelings

When the sand sneakily comes in with every person entering a shore-side shack, the restaurant welcomes it with open arms. It pairs with cool winds and the saltiness in the air to give you goosebumps—a sense of overwhelm will overtake all your anxieties and relax you right away.

Tongue and the science of tastes

The bars are a modern ode to the alcohol culture of Goa—with cocktails named after prominent people associated with the state’s beverage realm or after the drinking traditions. One is bound to get ‘Sailor Fred’ and ‘Acid Erik’ accompanied with the anecdotes the names have to them. There is also food from the ‘haute’ hippie kitchen, which is different from home-style cooking. As for the culinary variety offered at Slow Ride, the menu features missionary influenced treats of a very local taste, from East Indian to Mangalore to Colombo. Traditional shack smoothies, plant-based and nutrient-dense with homemade blends are given special attention. Slow Tide features hormone-balancing ones following the philosophy of Anthony William, known as the Medical Medium.

‘Slow Tide’ celebrates this legacy with its architecture, interior design and menu, all inspired by the colourful personalities of the Anjuna commune.

You may also like: This boutique Bharuch office designed by a+t associates portrays a strong thematic language