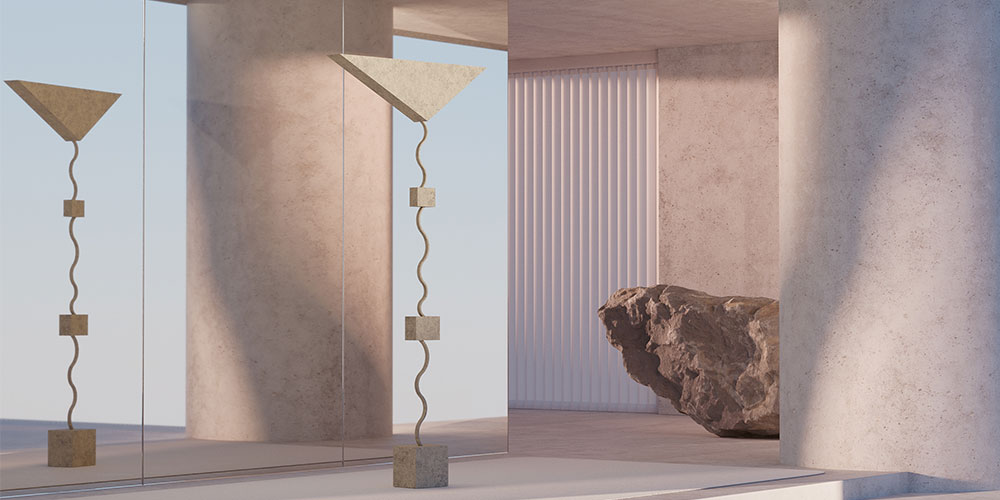 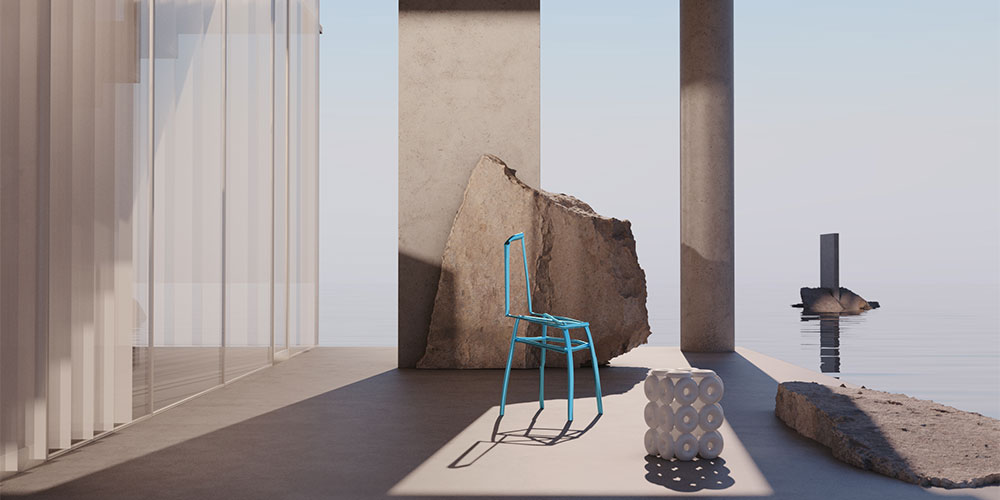 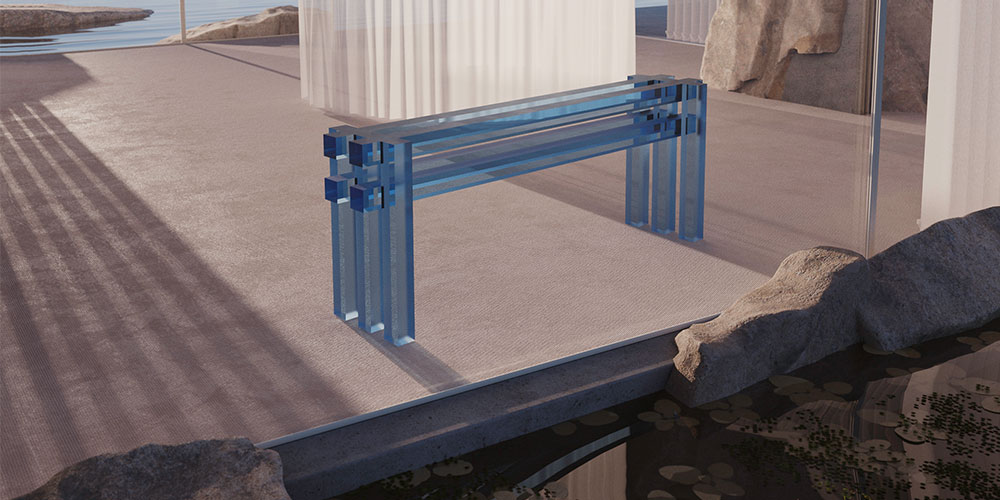 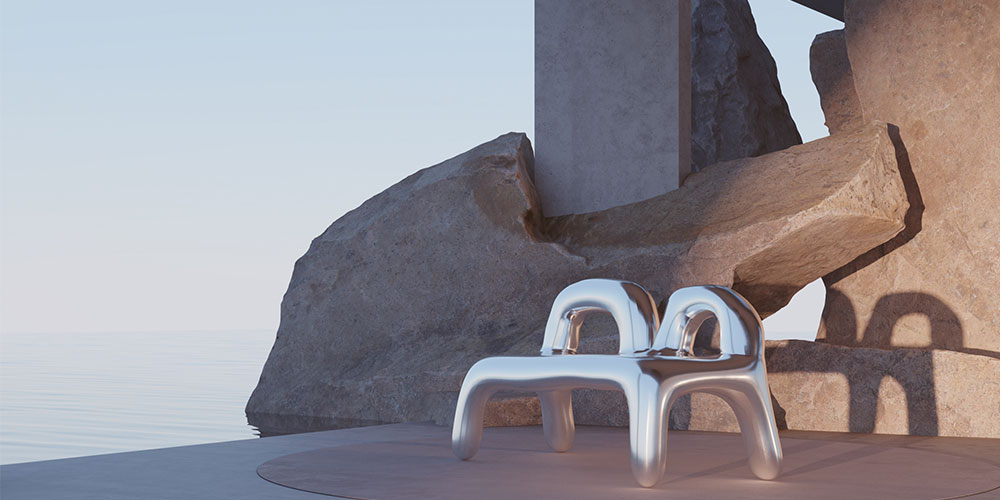 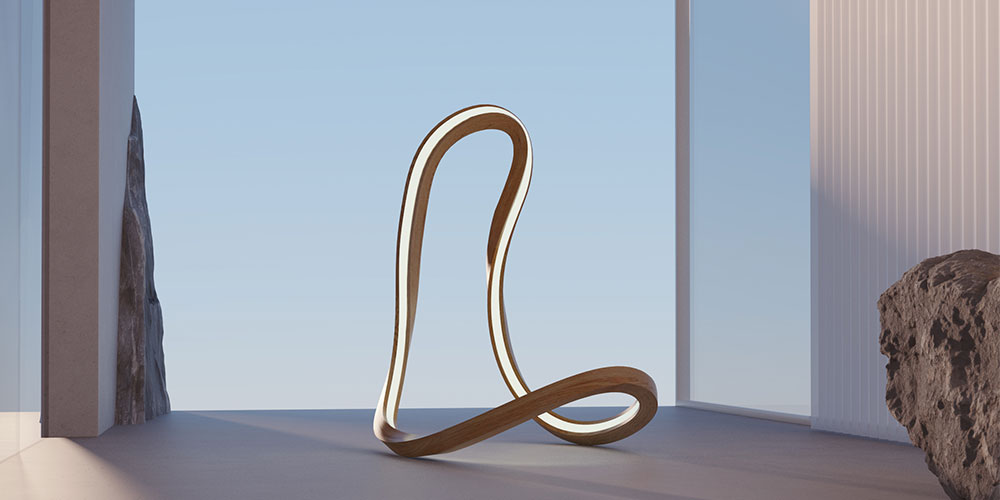 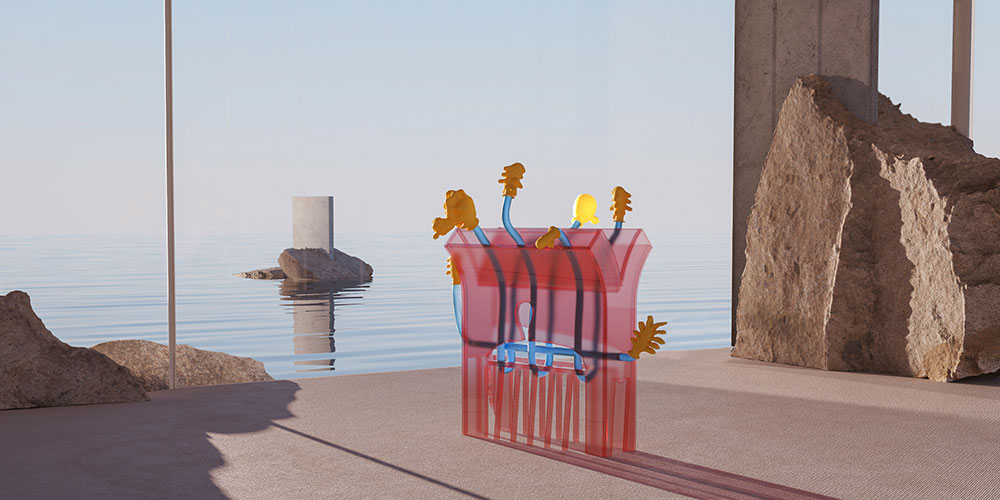 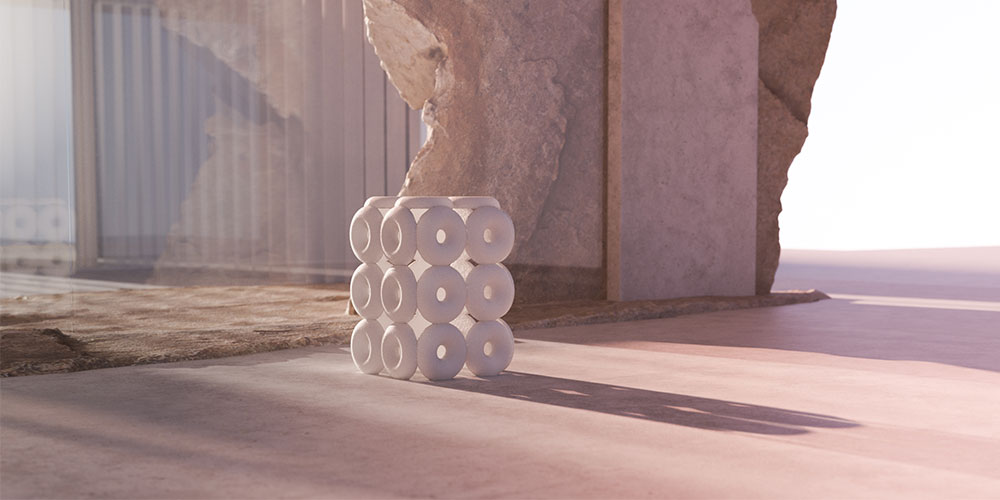 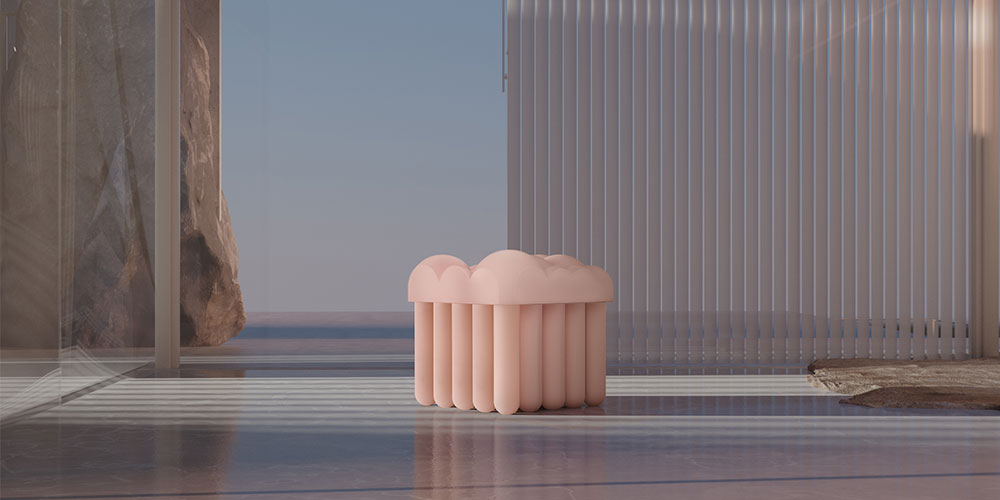 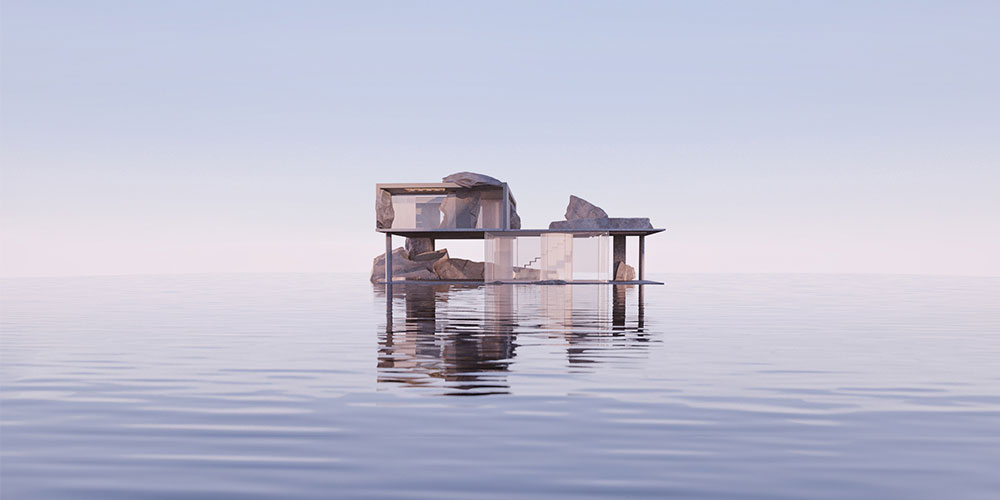 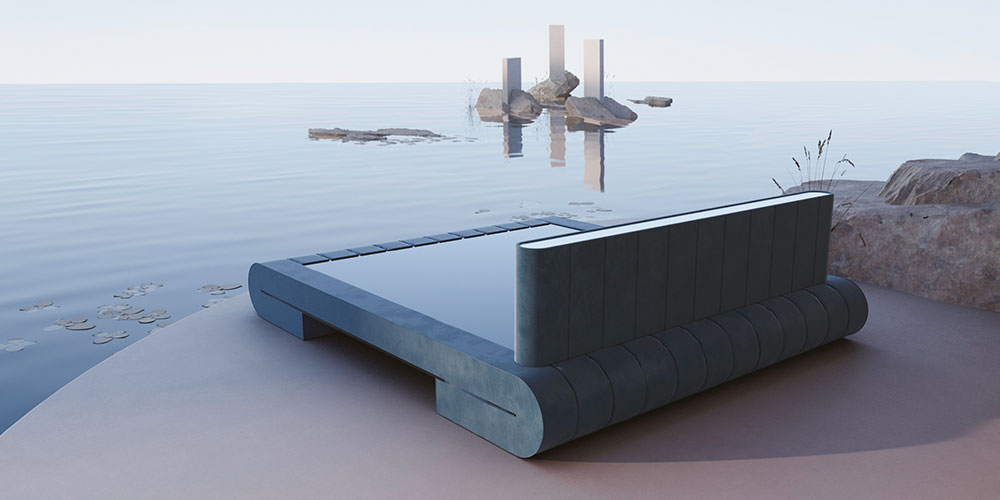 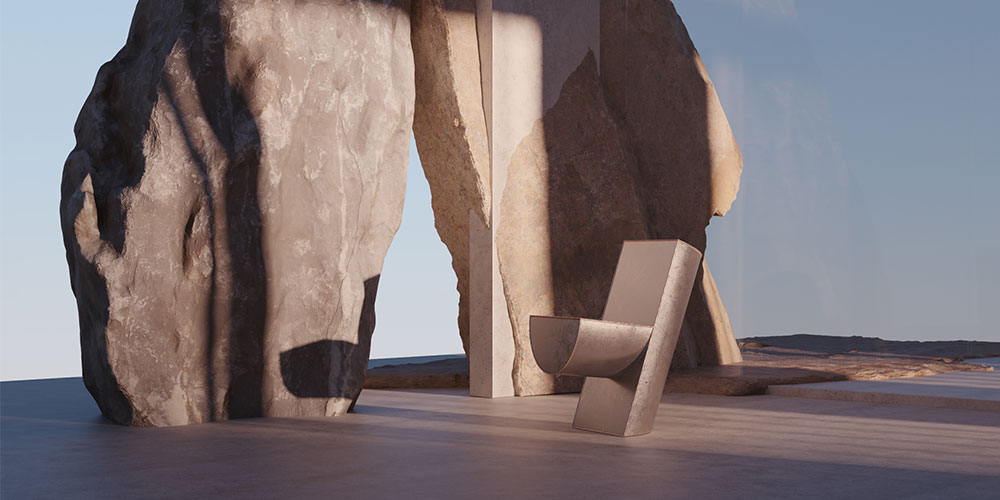 Unprecedented, unnerving and uncertain—these are some of the descriptors that come to mind when we think of our world frozen in the grips of the Covid 19 pandemic. When life as we know it seizes to exist (for the worse, no less), there are only two things we can do: let our terror get the better of us as we wait for things to normalise, or adapt to the change and create a new ‘normal’. Utharaa Zacharias and Palaash Chaudhary of furniture design studio Soft-geometry decided to do try the latter approach. “The early days of the lockdown were a lot to take in. We were doing okay, better than many others but there was an emptiness that had arrived and lingered. The void was hard to brush off, and yet it was what pushed us to imagine this show, to reach out, make new friends and create again,” says Zacharias.

The duo wrote to a list of designers they were inspired by but had never met or even spoken to. “In the wake of the lockdown, with design weeks and trade shows from Milan to New York being cancelled, artists, designers, small studios and design aficionados were missing out on the important cultural fabric that these shows provide. We decided to fill this vacuum in a small way,” says Chaudhary. The responses were overwhelming and heart-warming. A rapid exchange of stories, challenges, loss, determination, unity and support ensued, resulting in a global art gallery that sees the domain of design defying troubling odds and putting its best foot forward.

Imagined, for uncertain times is a virtual gallery showcase conceptualised and self-produced by 11 independent design studios from nine countries. Born out of an idea to share in both hope and pain at the time of a global pandemic, the show explores dual themes of ‘imagining unbound’ and ‘uncertainty’ through the distinct lens of each collaborating studio. The gallery, conceptualised by SPOT Studio, is expansive, stark and elemental in its beauty. Housing a plethora of designs from the contemporary to the quirky to the elegant, the showcase pulls you in and compels you to introspect as it transports you to an untouched realm, suffused with timeless and pure creativity. “In this uncertain moment, where everything is a mess, the only thing that feels comfortable is to be able to build something with your hands, to have some sense of achievement,” says French designer Lea Mestres.

The participating creatives share the different ways in which they are dealing with the present predicament. Austrian designer Laurids Gallee confesses that he is drawing much more than he usually does, while Barcelona based Nicolás Cañellas says that being isolated is helping him think from a different perspective, focus and optimise his work time. Irish designer Eimear Ryan feels a release from work pressures and more freedom to be creative and playful, while Netherlands based Merle Flügge and Job Mouwen quip that being latent germaphobes, they don’t quite feel like outcasts anymore and nobody looks at them weirdly when they try to open a door with their elbows.

Despite the varied attitudes, a common strain emerges that connects each of the 11 creatives—a need to take it day by day, work on the mind and body and enjoy the extra time with loved ones. Adapt to the constraints and counter them with creative alternatives, new materials, scalable sizes, modularity, repetition and so on. Rediscover a whole new side to the notion of uncertainty, when creation in turbulent times can lead to better possibilities in the future. “The unprecedented shut down we are all experiencing makes me realise how much is out of my/our control. Therefore, I have put aside many ‘busy’ things in an attempt to re-focus solely on what I still have within my control which helps me stay positive,” says American designer Benjamin Gillespie.

Nicolas Canellas, Barcelona: “We wanted to keep the realism of the products but with an ethereal feeling. Mixing real textures with impossible architectural compositions and Lo-Fi atmosphere, we designed a two floor gallery house in the middle of nowhere, surrounded by a huge lake, without any access.”

Utharaa Zacharias and Palaash Chaudhary, Soft-geometry, San Jose – Kochi: “The stool was imagined from this idea of being formed by vacancies, devoid of corners or edges, or realities to reference. Even so, there is order, it is organic but also mathematical; humorous, with a touch of melancholy.”

Laurids Gallee, Rotterdam, Vienna: “This transparent resin bench is in a shade of calming blue to express a certain security which I thought as fitting for these turbulent times.”

Yeon JinYoung, Seoul: “The anodized aluminium series talks about the ‘contradictory beauty’ of what has been abused. I wanted to show an image of ourselves held by criticism and abuse. Aluminium pipes are easily modified by sadistic practices, the changed shape can not come back. I wanted to talk about the ostentatious pain on the outside, but in the end I couldn’t hide.”

Benjamin Gillespie, Ovuud, Philadelphia: “The Mobius is an LED-based looped sculptural light—a continuous shape made using the technique of freeform bent lamination that evenly disperses LED-based light to the surrounding space. This technique allows for twists within the loop, which further helps move the light evenly about the surrounding space.”

Serban Ionescu, Brooklyn: “Poe is a mysterious object that conveys a sense of ambiguity. It is both doomed and hopeful. Maybe when you understand it, it’s too late or it’s no longer relevant.”

Merle Flügge and Job Mouwen, Supertoys Supertoys, Rotterdam: “For this virtual exhibition we chose our Cosmic Flower Table. There is something elusive about an object crossing the border of the digital world into the real world and back into the digital world again. It is like the object becomes self-aware and drawn back into the multi-dimensional, chaotic cosmos it came from. For this digital exhibition we kept its original shape, cantaloupe colour and soapy texture. It just wants to resemble itself, imagining itself in-between a table and a flower.”

Adam and Mark, VIDIVIXI, Mexico City: “Docked en Rio has a fully upholstered bed frame inspired by traditional Japanese furniture. The form is composed of modular cross-sections with a walnut rail that accentuates the folding shape.”

Andreas and Steve, Voukenas Petrides, New York – Athens: “This chair comprises two cut tube pieces put together to create a balanced seating unit. Although the piece looks like it shouldn’t stand, the lengths of the half tubes and the cut angles are selected to create a balanced and stable object.”

Eimear Ryan, Argot Studio, Paris: “Structurally, this lamp doesn’t adhere to the usual design ‘rules’ that I would consider when drawing something. It’s supposed to be made entirely of fish scales—I’ve been able to take the time to work on a research project around sustainable materials and this is one of my latest material discoveries.”

Lea Mestres, Paris: “Chrome Bench 00 is a mix of a very strong material with a soft shape—strange and contradictory like the times we are in but also curious and hopeful like tomorrow.”

Show dates: May 8 to June 8, 2020
For more details, visit imaginedforuncertaintimes.com

‘From Craft to Contemporary’ by St+art India Foundation and Asian Paints integrates traditional art forms with the urban aesthetic
Experience a blend of individualities in this sublime Kolkata house by Spaces and Design
Tussle of minimalism, vintage and modernity emerge in a Mumbai home designed by Aashni Kumar