Can Design ‘Save’ the World? 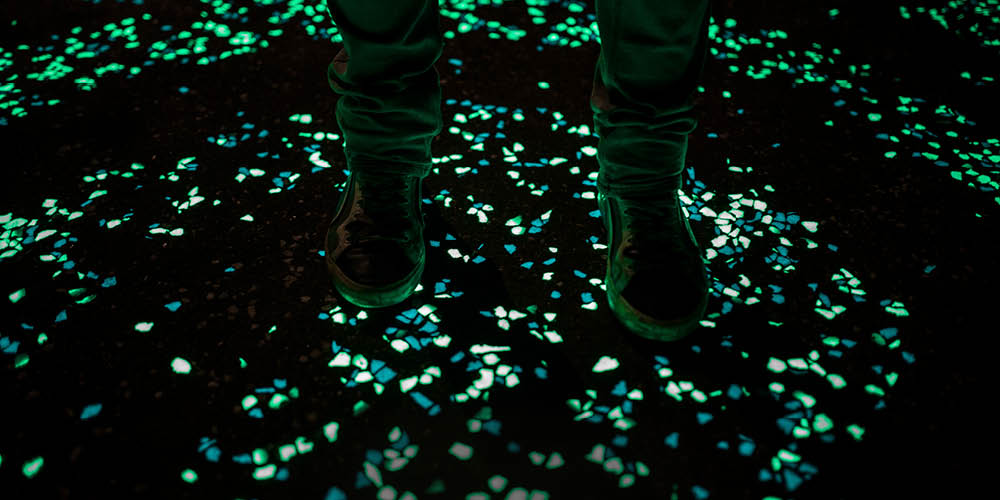 Roads of tomorrow. Award-winning Dutch designer Daan Roosegaarde created a bike path in the Netherlands inspired by Van Gogh’s famous painting Starry Night made from thousands of smart pebbles that charge during daylight and glow like stars after dark. It's part of his Smart Highway collaboration with Heijmans Infrastructure to make the environmentally friendly high tech roads of tomorrow 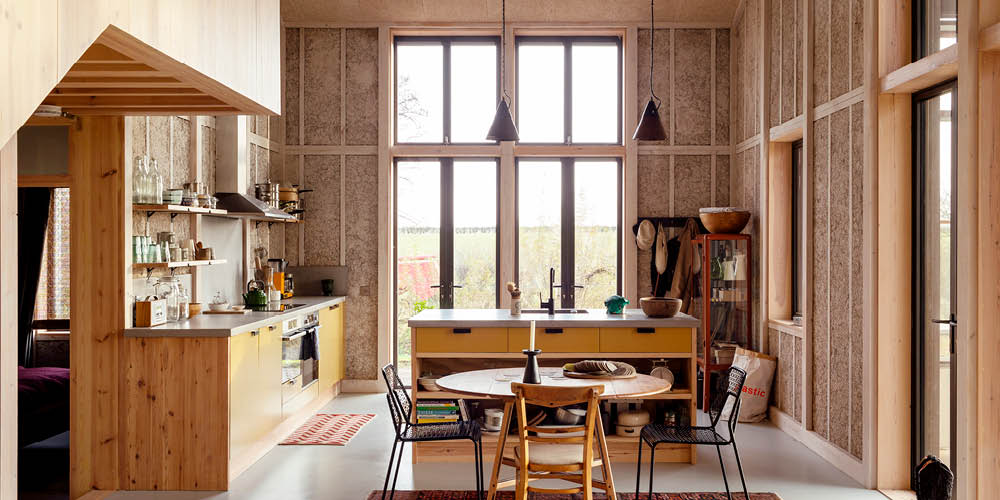 Hemp: For the "Flathouse," Practice Architecture in the UK used hempcrete—a mixture of hemp, lime and water—to build walls and hemp stalk fibers mixed with agricultural waste resin to clad the exterior. 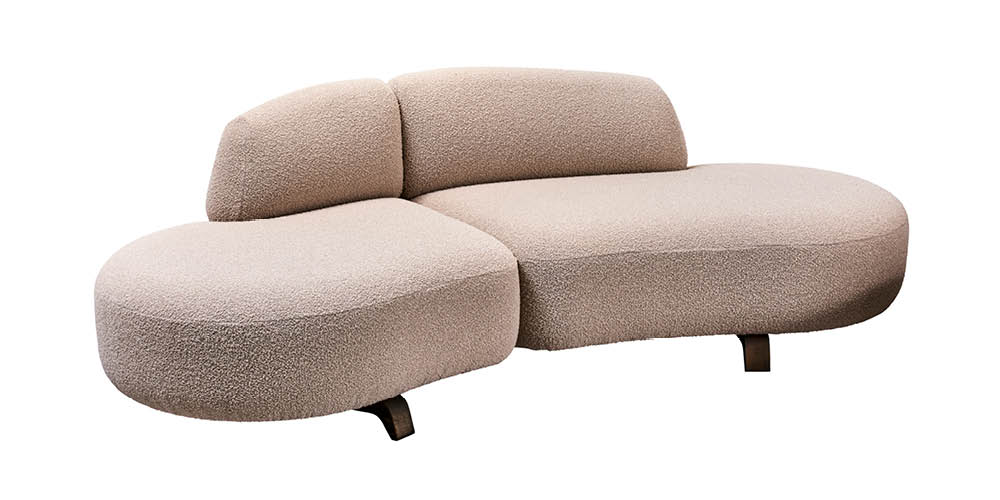 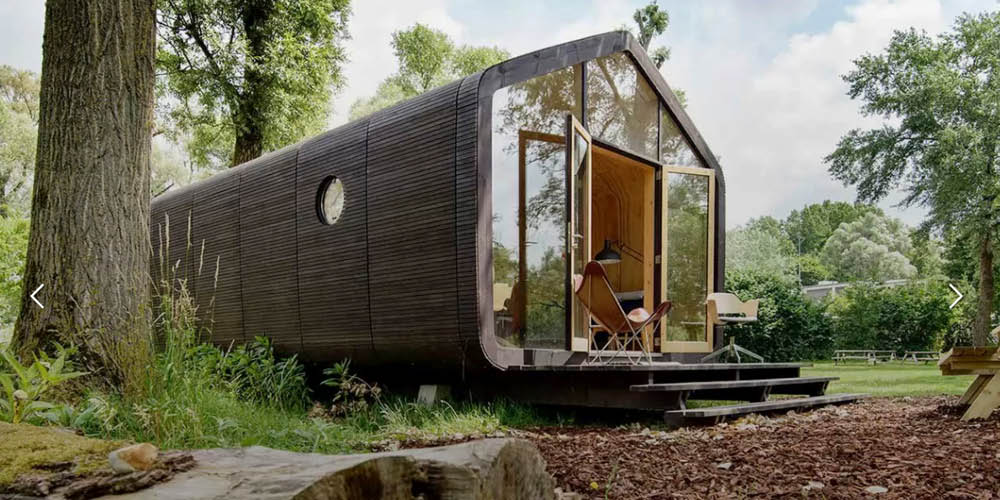 It’s been half a century since Earth Day created a worldwide social movement to forge a more sustainable way forward. But 50 years on, the world is facing a climate emergency. The future of the planet depends on revolutionising the way we consume and create. Here are some of the ways today’s eco-conscious designers are doing their part to help save the world. This year marks the 50th anniversary of Earth Day, a massive US protest on April 22, 1970, that ignited an international movement and led to the passage of environmental protection laws around the globe. Designer, writer and sustainable and social design pioneer Victor Papanek outlined how design could contribute to that effort in Design for the Real World, published the following year, one of the most widely read design books in the world. And yet here we are a half century later facing a climate emergency, challenging designers everywhere to use renewable materials and processes, create products suitable for a circular economy and allow those values-based choices to redefine the aesthetics of the future.

Shoddy building practices and inefficient buildings are a leading source of carbon emissions, requiring responsible architects and builders to rethink their choice of materials and construction methods. In the UK, Practice Architecture built a house from eco- friendly hemp crops growing in the fields around it. They used hempcrete—a mixture of hemp, lime and water—to build walls and hemp stalk fibres mixed with agricultural waste resin to clad the exterior. The hemp house feels made for this sustainability conscious moment, but building with hemp is an ancient technique that dates back to Roman times. Wood, another age-old building material, is newly trendy for its sustainability, particularly cross-laminated timber (CLT) made by gluing layers of lumber together. The 21st century might come to be defined by timber skyscrapers like Mjøstårnet by Voll Arkitekter in Brumunddal, Norway in the way that concrete and steel skyscrapers embodied the 20th century. In Scandinavia, architecture firm Henning Larsen has collaborated with environmental engineers and biologists to propose a plan for the first all-timber neighbourhood in Copenhagen.

In the meantime, researchers around the world are developing greener building materials. A team from the University of Colorado, Boulder in the US is working on a new kind of living concrete that can reproduce itself. And a team at the Royal Melbourne Institute of Technology in Australia have found an innovative use for discarded cigarette butts by adding them to bricks that take up to 58% less energy to bake than the traditional variety.Interior designers are increasingly choosing both time-tested and innovative green materials to make furniture and objects for the home—including cork, bamboo, coconut, fungus, seaweed, recycled cow dung and others depending on location and availability, preferring to use what is local and abundant.

Designers are increasingly rethinking every step of the creative process, choosing on-demand production and other methods to eliminate waste. Paris based designers Natacha Poutoux and Sacha Hourcade have completely reimagined quotidian household items normally rendered in plastic, offering sleek eco-friendly alternatives like a transparent coloured glass humidifier that resembles a vase and a ceramic data server that looks more like a decorative object.

EVERYTHING OLD IS NEW AGAIN

Vincent Grégoire, trend hunter at NellyRodi in Paris, says that today’s young generation is interested in local production and a return to handcrafted goods with strong social and human back stories. They embrace a sustainable lifestyle where having new shiny objects is no longer appealing. Instead, they prefer to share, trade and buy secondhand, making upcycling second nature. “In their eyes everything can be turned into something beautiful,” Grégoire says. For designers, recycling and upcycling the world’s overwhelming supply of post-consumer waste is one place to start. The “Ibiza” collection by Catalan designer Eugeni Quitllet for Vondom Outdoor furniture is made from 100 percent recycled plastic bottles collected in the Mediterranean sea around the Spanish island.

SOCIAL SUSTAINABILITY FOR ALL

Climate change affects poor communities, women and people of colour the most. Building a healthy, socially sustainable future should not be reserved for the wealthy, like the sustainable luxury residences and commercial spaces designed by Deepak Chopra for Delos, with their purified air levels monitored by smartphone app and posture-correcting flooring. And yet even among green building designations, only the International Living Future Institute Living Building Challenge has a mandatory social equity component. In order to build a better world for everyone, designers must build social sustainability into their business models in a meaningful way that creates real social equity and impact at every price point. In France, Label Emmaüs, the ecommerce site of the country’s international charity, now rents second-hand furniture and decorative objects for use in trade fairs and large corporate conferences which normally generate a tremendous amount of waste.

Today’s generation of up-and-coming designers increasingly pulls from the realms of art, science and technology to push the boundaries of experimentation and creativity, resulting in what a few years ago might have sounded like pure science fiction. Young French designer Samuel Tomatis works with scientists, biologists and ecologists to transform seaweed into contemporary furniture, lighting, dishware and textiles. Dutch design duo Maartje Dros and Eric Klarenbeek have created high- concept pieces like a museum-worthy chair from the sustainable wonder material that is mushroom-derived mycelium. French biologist and designer Marie-Sarah Adenis is developing new generation ecological ink dyes made from bacteria to replace the toxic dyes routinely used in the textile industry. Some designers are using design itself as a visual aid to capture imaginations and increase awareness about climate issues. Award-winning Dutch designer Daan Roosegaarde’s world traveling Waterlicht project uses LED lights to create the impression of a visual flood, provoking awareness about rising water levels. His studio created a Space Waste Lab with the European Space Agency to help visualise, capture and upcycle space waste—parts of broken rockets and satellites floating around the Earth—into sustainable products. And his Smog Free Project includes a 7m-tall Smog Free Tower that uses positive ionisation technology to produce smog-free air in public spaces.

Every generation thinks that it will be the one to save the world. This generation might be the world’s best last hope. Here’s wishing that on Earth Day 2070 citizens around the globe will be collectively basking in all the human progress that has been made to preserve and nurture the planet since 2020, and that designers will have taken a leading role in offering innovative, inspiring solutions to existential problems big and small, which is what good design does best.