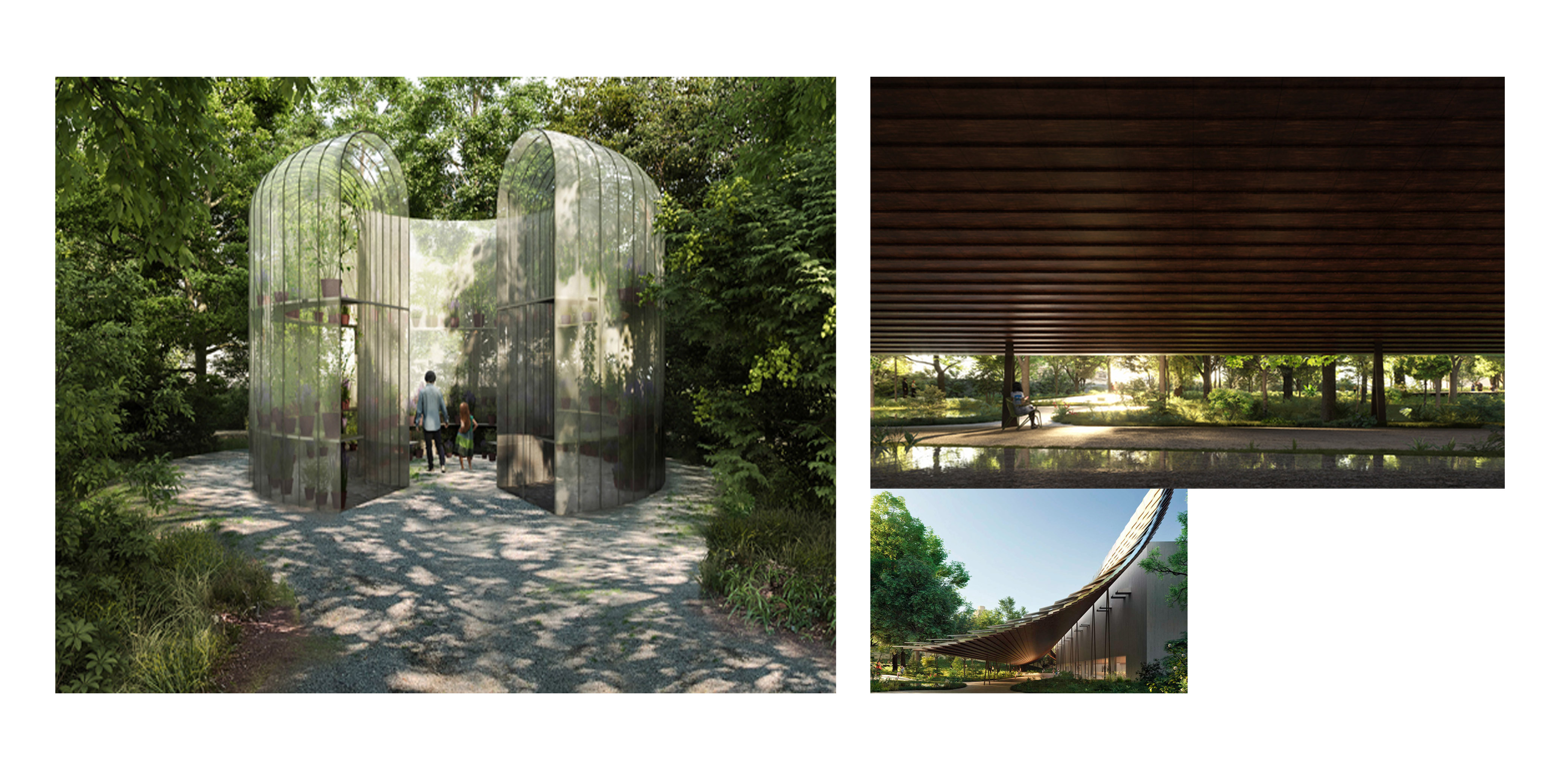 Internationally acclaimed design maverick Kengo Kuma, well known for his thought-provoking architectural projects, often reinterprets traditional Japanese elements to shape modern wonders. While crafting masterpieces, his honesty to the materials used, emphasis on fine detailing—natural daylight and respect for nature manifests in each of his creation. Some of his prominent works include the Suntory Museum of Art in Tokyo, Bamboo Wall House in China, LVMH (Louis Vuitton Moet Hennessy) Group’s Japan headquarters, Besançon Art Center in France, and one of the largest spas in the Caribbean for Mandarin Oriental Dellis Cay.In the year 2005, nearly 8000 sq ft of the Parc of Santa Gertrudes in Lisbon was bought by The Calouste Gulbenkian Foundation. After gaining possession of the other half, the foundation embarked on the process of joining it to the Gulbenkian Garden, designed by the architects Viana Barreto e Ribeiro Telles, in the late 50s. To transform the garden to modern architectural standards 12 unique proposals were brought in and among which, team Kengo Kuma/Vladimir Djurovic bagged the ‘Ideas for the enlargement of the Gulbenkian Garden and its Transition to the Modern Collection Building’ contest.The winning proposal sought out suggestions for the expansion of the garden and stated that the plot of land should restore the original accent of the Gulbenkian Garden. The aesthetic will be mature while conserving the extant species. In addition, densification of new plantations using native species will be seen. A state-of-the-art entrance will be crafted in the south of the plot, while the designers will also imagine a new route to lead the visitors to the main building and the museum. Maintaining complete reverence to the constructive scruples of the foundation, a brand new roof will be helmed that will act as a filter between the Modern Collection building and the garden and a new social space for visitors. The sheltered avenue creates new parlance between the building and the gardens. This contained but contemporary mediation is sought to use Portuguese ceramic tiles on the roof and wood for the walkway under the roof. The lobby of the Modern Collection will be revamped, shedding light to the edifice’s interiors and restoring the network between the two parts of the gardens. Finally, these changes will allow the establishment of additional exhibition space in the Modern Collection.