; Artist Viraj Naik narrates the fusion of beasts and mortals with his new art - ELLE DECOR 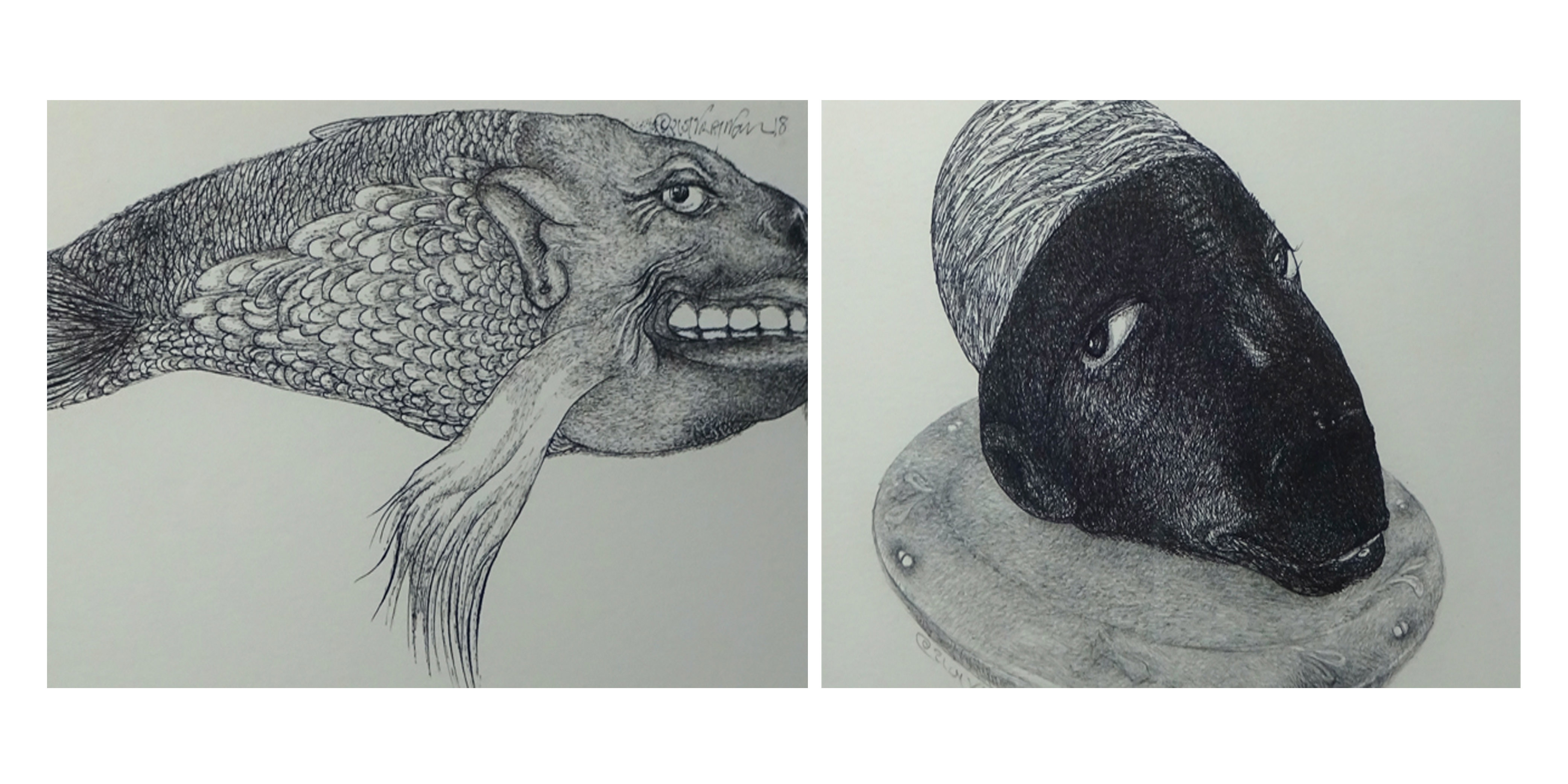 Artist Viraj Naik is all set to showcase his new art collection at Sunaparanta: Goa Centre for the Arts. His collection, named Ordinary Superheroes: Tales from the AniMan Kingdom narrates stories about the fusion of men and animals. These pieces bring out raw emotions with their fine detailing and are bound to put the viewer in a spell. The collection features 95 ink drawings, etchings, woodcuts, pictographs and sculptures of hybridized subjects, all of which have been an integral part of Naik’s long term study of the physiognomy and behaviour of human beings. The show, produced by patrons Dipti and Dattaraj Salgaocar features curatorial direction by Leandre D’Souza. The spectacle accentuates an evolutionary archive of the human portrait, personified as mutilations where men are mangled into beasts, monsters and grotesque creatures. Naik’s cognition is presented as a suspended place, where man blends into anthropomorphic state/s. The art alludes ancient ritual traditions where it was believed that ani/man figures bear shamanistic powers who assumed bestial instincts desired for hunting. The art is a reminder of the progress in human mutation while digressing from their animal beings. The intimacy he showcases becomes a confrontation that is both alluring and shameful, of the multiple selves hidden within our deepest recesses. Naik’s portraits construct an imaginary setting confusing actuality with fantasy, science with mythology. His muddle of portraits depict the most callous perversions of man and urge us to question the structure of ourselves, our perception of others and to focus on the perennial and unresolved human struggle to maintain dominance over ‘beasts’ and to reflect upon the most humble values that make us humane – acceptance, empathy, coexistence and trust. Over the years, Sunaparanta has showcased work from nationally and internationally acclaimed artists like Dayanita Singh, Julian Opie, Vasco Araujo, and hosted lectures by Anne Enright, Roger Ballen, Jitish Kallat and several other stalwarts of the art world. The opening night is on on August 23 at 7 pm.