; 5 architectural dwellings from around the world with incredibly unconventional facades - ELLE DECOR

5 architectural dwellings from around the world with incredibly unconventional facades 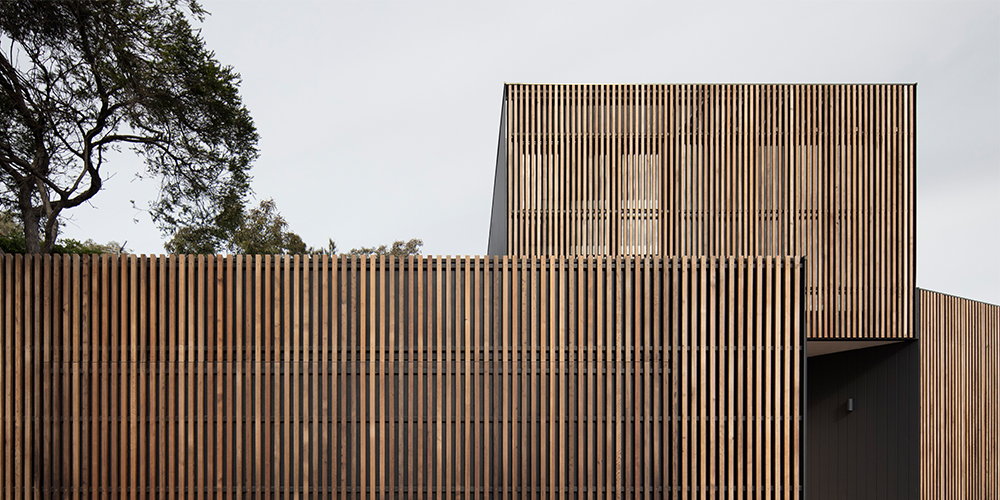 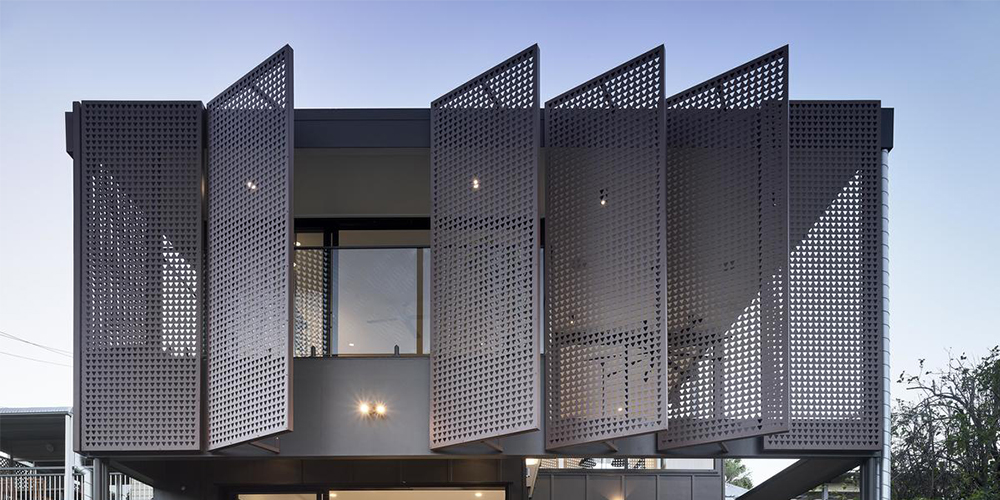 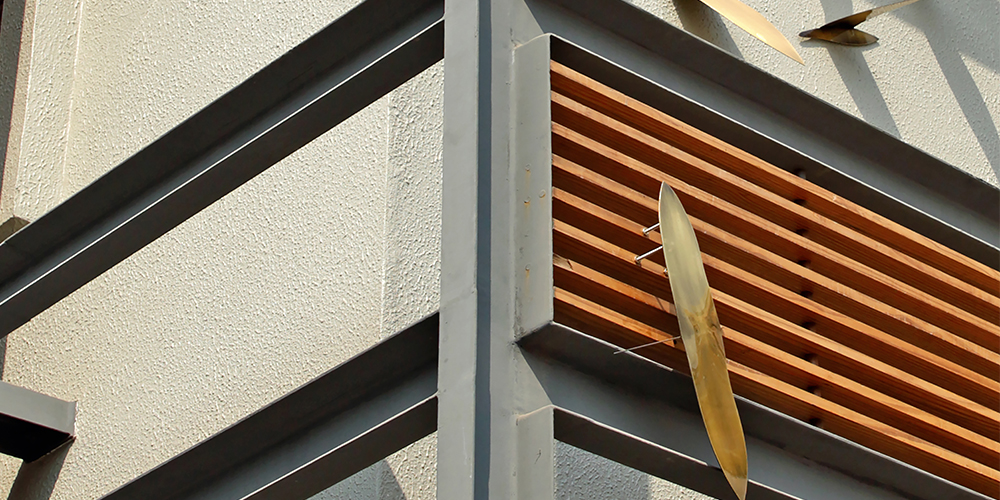 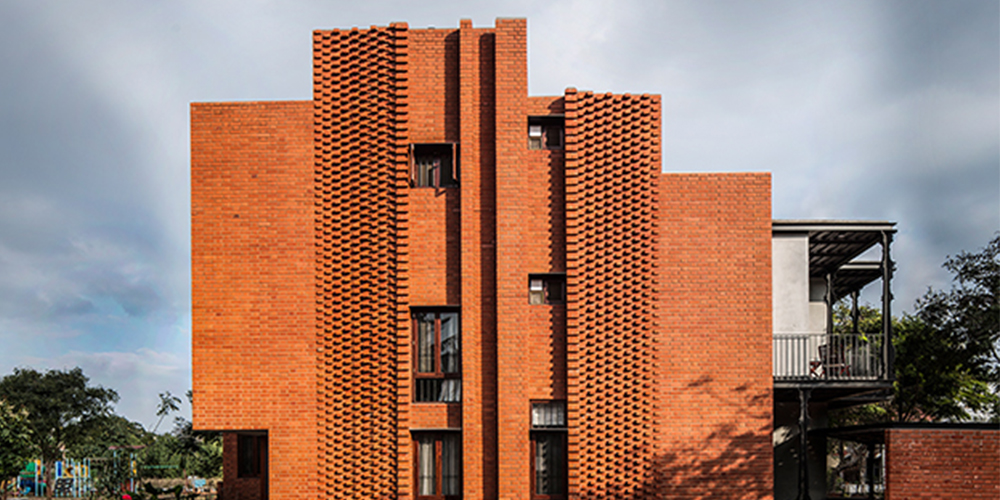 The drab concrete-covered brick wall and manicured gardens are a thing of the past. Opt for a fresh and modern spin for your abode with screened facades that exude a strong visual impact. Driven by the pursuit for opening up a home towards the surrounding natural landscape and allowing natural light inside, they not only draw the eyes of passersby but they can also create the perfect amount of privacy.

Some of the myriad options include large vertical panels, long horizontal textures, crisscrossed metal and brick inlets. Keeping in line with our architecture-themed August-September 2019 issue, we are focusing on these structured and dynamic elements that break the mould and set the bar for a modern and awe-inspiring design aesthetic.

The Seachange House, Victoria, Australia by Solomon Troup Architects
Located in what was once a sleepy coastal town, the Sea Change House is is situated in Barwon Heads, Victoria’s premier holiday destinations which accommodates an eclectic mix of post-war beach houses and modern contemporary architecture. The project, reimagined by Solomon Troup Architects as a vernacular, modern-day beach house explores the relationship between public and private space with mechanically operable screens.

“This is done to create a seamlessly integrated façade to control ventilation and solar access and provide privacy from the adjacent street,” says Lachlan Troup, principal architect of Solomon Troup Architects. The functional shutters also expose us to the sweeping views of the serene Barwon River. The screens are built using western red cedar, a highly sustainable forestry product and employ several passive solar and ESD initiatives. “Recesses in the ground floor façade provide the lower-level spaces with protection from the summer sun, whilst allowing the winter sun to passively heat the spaces,” he adds. The travertine tiles on slab act as a thermal mass to absorb and store heat.

Moving Louvered House, Gujarat by A+T Associates
Crafted for a tech-savvy dynamic family, the Moving Louvred House in Gujarat is a modern residence, resplendent with a slatted wall of blinds and vertical metal screens complementing the rest of the grey building. The home, designed by a+t associates makes a bold statement with the architecture of this house which is futuristic and incorporates the possibilities of involvement of automation. It is almost impossible to ignore the 12’ in height moving louvres as you walk past the street.

“Now why we call it moving louvres because these louvres work on an automation and can be rotated on its axis up to 90* degree,” says Archis Patel, founder and principal architect of a+t associates. “You can also operate them from your phone also or put it on a timer via programming so that they can rotate as per timings automatically,” adds Tanvi Rajpurohit, co-founder and principal architect of a+t associates. The strong architectural element is made of mild steel (CNC cut metal ) and allows plenty of sunlight and ventilation too.

Yahvi, Gujarat by Usine Studio
A sprawling 7,500 sq ft bungalow stands peerless, amidst low-rise apartmentstacks in the populous area of Gujarat. The residence, helmed by Yatin Kavaiya and Jiten Tosar, principal architects of Usine Studio, features an introverted built mass, of brick and occasional RCC, “All the internal spaces look constantly into its many green pockets,” say the architects.

Making a strong case for earthy elements, The traditional brick statement is challenged in almost every space with brick, RCC and a gentle white colour palette. We have our eyes on the brick screen wall that stands against a finely textured grey terrazzo floor. The elemental brick wall divides the utility to the sit-out space—connected to the family living room—with tiny projections that create a patterned shadow whenever met with light. These varying brick pattern details subtly break the monotony usually associated with brick and enthused it with a dynamic, tactile quality.

Onyx Home, Brisbane, Australia by Joe Adsett Architects
The Onyx Home in Australia’s leafy inner-city suburb in Brisbane is a modest project on a 4,350 sq ft plot. The privacy and sunlight are controlled by the characteristic screens to the rear of the home, channelling views through the perforated metal angled screens to create a serene, tranquil living.

“A sense of openness and spaciousness is created through high-level ceilings and multiple double-height voids above the entry and living areas,” says Jack Wright, architect at Joe Adsett Architects. The external material palette was driven by rustic and earthy inspired tones, paying homage to the Australian outback and ultimately directing the name of the project. A combination of Corten inspired metal, Australian spotted gum, dark porcelain and black metal accessories, all contribute to the overall rugged and gritty aesthetic of the home.

Private Residence in Surat, Gujarat by Utopia Designs
Perched on a 3,850 sq ft rectangular plot in the dense city of Surat, Gujarat, this gorgeous residence stands tall in its strong identity. Helmed by Apurva Desai of multidisciplinary design firm, Utopia Designs, this home creates an interesting medley of textures and impressions, a stunning visual impact through a diverse palette of stone, wood and foliage—deriving from the principles of minimalism and energy-efficient design.

“The Travertino cladded walls and the wooden screens have been the most appealing elements of the house. Both these elevation elements stand true to their purpose and come out stronger with their aesthetic values,” says Apurva Desai, principal architect at Utopia Designs. The Italian stone-cladding structural walls are astutely manifested into the overall formation of the house facade. To evade the monotony of the surface, the travertine masses articulate seamlessly through the built environment the wooden screens subtly bring in the right amount of light and helps to sustain a favourable temperature within the walled masses.

The Corbel House, Bengaluru by Kamat & Rozario Architecture
A modern house, inspired by the family’s roots in Kerala, India makes a direct reference to the materiality of Kerala architecture. This 3,650 sq ft family home in Bengaluru shows a strong presence of exposed brick masonry. The earthy terracotta gleans in sharp contrast to the light metal balconies in the front and rear. The undulating brick masonry is a playful interpretation of a Mangalore tiled roof surface – another element seen extensively in Kerala. The masonry swells out to allow for openings and is constructed using the Flemish bond.

“As the brick gradually corbels outwards, its negative imprint is seen on the inner side – almost as an acknowledgement of the drama outside,” explains Lester Rozario, partner at Kamat & Rozario Architecture. The texture created by corbelling the bricks outwards creates a self-shading mechanism and at the same time creates an interesting texture on the inner surface of the structure. The honeycombing on the inside further helps in creating a thermal mass between the inside and the outside. “This helped acoustically, as the negative imprint of the corbelling on the interior created a sound dispersing surface,” he adds.