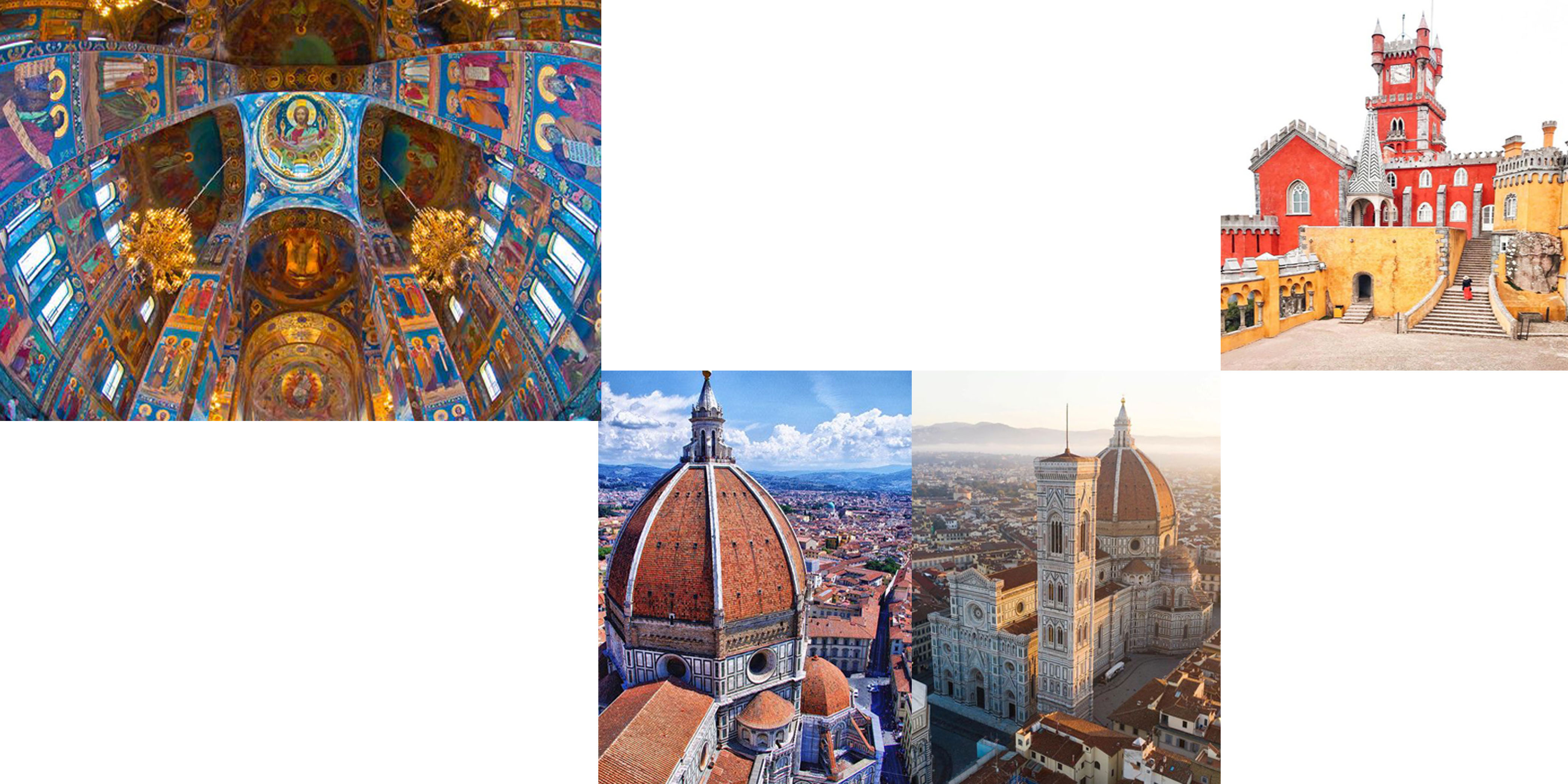 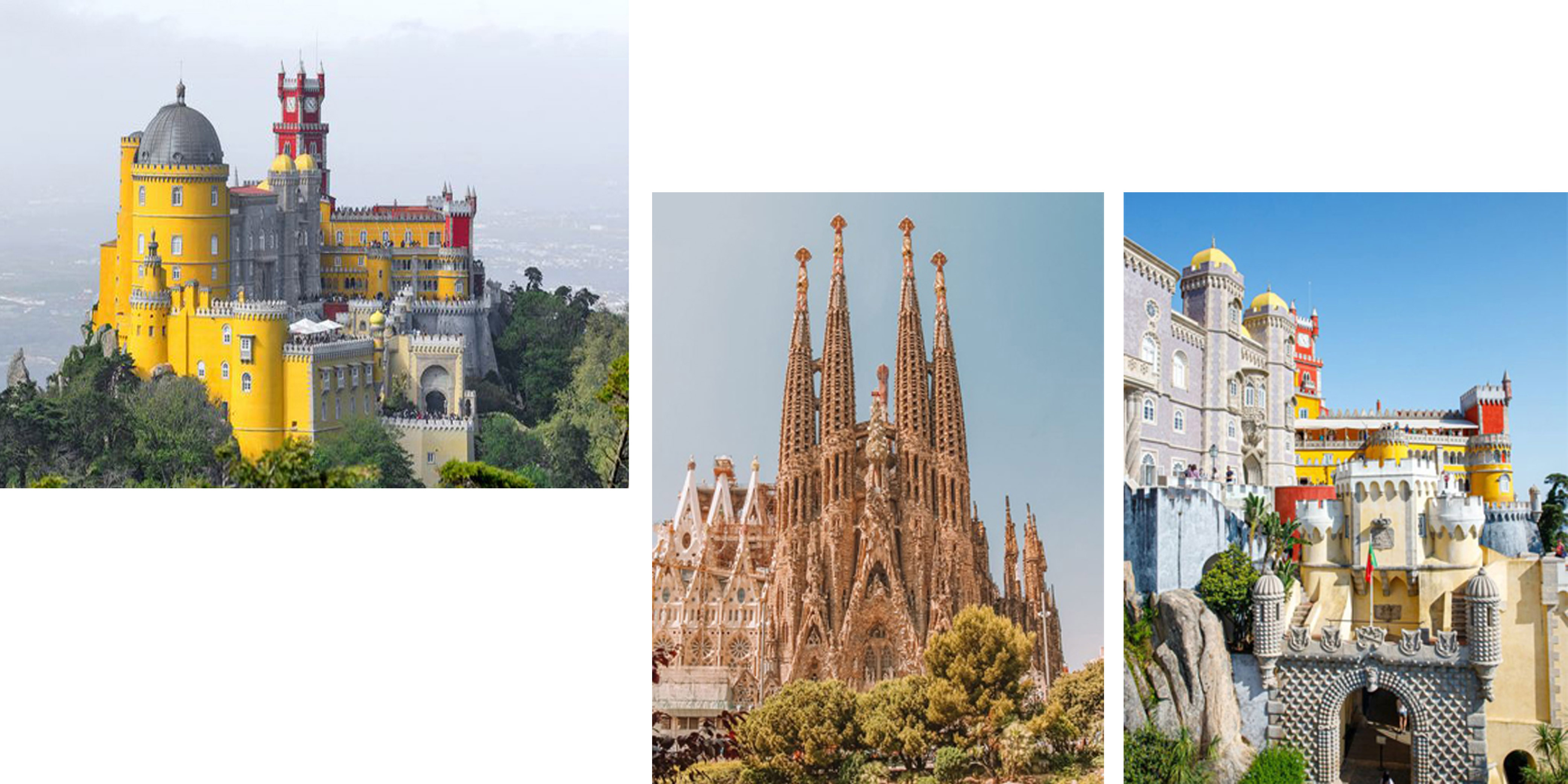 The Colosseum in Rome, Louvre in Paris, Brandenburg Gate in Germany, Guggenheim museum in Spain, Dancing House in Prague…there is no end to the list of architectural masterpieces scattered across the continent of Europe. These unforgettable edifices stand out on the landscape of civilisation as some of the best creations of humanity. Here are some iconic structures that captivate minds and beguile souls across time. Sagrada Familia, SpainThis UNESCO world heritage site has been under construction for more than a century. In 1882, architect Francisco de Paula del Villar began the project, however, a year later, famed modern architect Anton Gaudi took over. He combined Gothic and Art Nouveau elements and, in signature Gaudi style, created something stunningly unique and memorable. One of the project’s greatest challenges is the construction of ten additional spires, each symbolising an important Biblical figure in the New Testament. The Sagrada Família, which is also the final resting place of Gaudi, has been funded through anonymous donations and contributions over the years. Duomo, FlorenceOne of Italy’s biggest churches, the cathedral in Piazza del Duomo features the largest brick dome ever made. The construction began in 1296 but the dome, a daring design of Filippo Brunelleschi, was completed in 1436. The founding father of Renaissance architecture took an innovative approach that involved vaulting the dome space without any scaffolding by using a double shell. The inner dome is made of light bricks set in a herringbone pattern, while the outer one serves as a sturdy, wind resistant covering. The exterior of the basilica is clad in polychrome marble panels in pink and green hues. The cupola at the top offers splendid panoramic views of the Tuscan capital.Pena Palace, PortugalDestroyed in the Great Lisbon Earthquake of 1755, this palace was commissioned by King Ferdinand to to Lieutenant General and mining engineer Wilhelm Ludwig von Eschwege to serve as a summer residence for the Portuguese royal family. With a decadent and surreal mix of brightly coloured terraces, mythological statues and decorative battlements, set against the verdant Parque de Pena forest, the Pena Palace epitomises the 19th century Romanticist style of architecture. Once a modest monastery, it is now used for state occasions by the President of the Portuguese Republic and other government officials.Church of the Savior on Spilled Blood, RussiaCommissioned and funded by the Imperial family of Russia, the construction of the church began in 1883. Its architecture, which brings to mind 17th century Yaroslavl churches and St. Basil’s Cathedral in Moscow, inspires romantic nationalist feelings. Decorated with Italian limestone and semi precious stones, the church houses one of the largest collections of mosaic in the world. The interior was designed by some of the most celebrated Russian artists of the day, such as Viktor Vasnetsov, Mikhail Nesterov and Mikhail Vrubel. Brutalist Building: Western City Gate, Serbia—Designed by Mihajlo Mitrović in 1977, this brutalist structure features two towers connected by a bridge. The taller tower is residential, while the other is commercial. The 36 storeyed building with the revolving restaurant on top is the second tallest skyscraper in Belgrade.